Fred B. Millet, in his book “Contemporary British Literature”, states that “the physical environment in which the 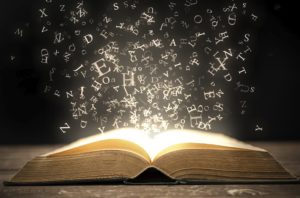 men of letter and artists live conditions their production in the most intimate and elusive of ways”. In this respect the twentieth century novelists are of no exception. Their writings are profoundly conditioned by  the new climate of social and moral experience culminating from “the thoroughgoing  transformation of the physical world” around them. Factors such as_ a world war reveling out-numbered atrocities of what man had done to man, the fact of the Bomb, and the realization that Hitler’s concentration camps were no different from Statin’s camps in the Soviet Union heightened the awareness of literary intellectuals who where then prepared to be ‘less deceived’. Perhaps, in an atmosphere of such disillusionment and dissatisfaction, the novel proved to be the only suitable literary genre. Its openness and flexibility, owing to its lack of any obligatory structure,  style or subject-matter permitted the writer to fulfill the desire for self-expression. However, this is not to say that the characteristics of the fiction of 20th century are  the same as those of the previous centuries.

Influenced by the rapidly changing social, political and intellectual environment, the novel became predominantly realistic in tone. Furthermore, the impetus of the scientific influence upon fiction stimulated the accurate and impartial  observation of the contemporary world. For example Conrad who despite being a romantic artist  has a content of realism in his writing. In his novel, ‘Heart of Darkness’, he offsets his most exotic scenes by minutely observed details. On one hand, there is the seduction of the savage life all around, on the other, there are Marlow’s routine tasks bandaging the leaky steam pipes and supervising the native fireman who would otherwise be “clapping his hand and stamping his feet”.

According to Conrad a novelist’s purpose ought to be “by the power of the written word, to make you hear, to make you feel, before all to make you see”. In order to fulfill this purpose, the writer of 20th century fiction makes use of powerful imagery and symbols. For instance, Conrad in ‘Heart of Darkness’ employs an obvious image of light and darkness to bring out the natural darkness of the jungle of Congo ,as well as the darkness in the heart of the white-men. Similarly ,in Woolf’s ‘To the Lighthouse’, the alternating light and darkness of  the lighthouse symbolizes the rhythm of joy and sorrow in human life and the alternating radiance of even the most intimate human relationship. Commenting upon Woolf’s imagery David Lodge writes: ‘Woolf exemplifies very clearly the tendency among modernist writers to develop from a metonymic (realistic)to a metaphoric (symbolist) representation of experience’. Her recurrent images, e.g., ‘sea’, ‘wave’, coined with impressionism signify the ‘ebb and flow’ of human life’.

Another unique feature of 20th c. fiction is the presentation of unconscious mind as against portrayal of conscious activities in Victorian novels. This development in the fictional writing owes to the advancement in analytical psychology. With this experimentation in literary form the phrase, ‘stream of consciousness’ found its way into literary criticism, it is defined as a  representation  of continuous flow of sense perceptions, thoughts, feelings and  memories in the human mind usually in a disjointed form of ‘interior monologue’. To elucidate further, the steam of consciousness is the subject matter while interior monologue is a technique of presenting it. In an attempt to defend this technique, Virginia Woolf, in ‘The Common Reader’ states “…life is not a series of gig lamps symmetrically arranged; life is a luminous halo, a semi-transparent envelope surrounding us from the beginning of consciousness to the end. Is it  not the tasks of the novelist to convey this varying, this unknown and uncircumcised spirit, whatever aberration or complexity it may display with as little mixture of the alien and the external as possible?’’.

Nothing perhaps could better illustrate this technique than the opening page of “Jacob’s Room”, where Woolf gives the child’s impressions of the sands—the rock pool. The red faced holiday makers asleep, the sheep’s skulls with seeming inconsequence and with the shock of a first encounter. It is important to note here that it is this technique which gave rise to complicated characterization in 20th c. fiction.

Yet another feature reflected by the 20th c fiction is the distaste for the element of plot shared by almost all its writers. There is little or no trace of an elaborate concatenation of events. This looseness of form admitted of an inclusiveness which permitted the insertion of another’s comment on life and characters. In Woolf and Joyce the plot may be said to be  non-existent .

The 20th c fiction also reflects a freedom in the representation of sexual behavior which was previously not allowed, e.g., in ‘A Portrait’, Joyce describes Stephen’s (protagonist) first sexual encounter. Having discussed some of the salient features of 20th c. fiction, let us focus on the thematic concerns of the three chosen writers.

Conrad’s strength as a novelist lies in his penetrating insight into the heart of a modern man. He perceived man’s fate being threatened not merely by natural and impersonal forces, but also by evil in the heart of man, and weakness and uncertainly in his own. His writings depict his fascination for situations that are extreme and which test humans to their uttermost limits. His characters do not always survive that test for instance, Kurtz in ‘Heart of Darkness’ found to be ‘hollow at the core’ and thus crumbles under pressure while Jim in ‘Lord Jim’ partly failed. Moreover, with the employment of  ‘complex narrative techniques and devices such as ‘time shifting’, and the presentation of ‘changing view points’, he is often found examining political issue, colonial system and man’s inherent strengths and weaknesses .In fact, the empire is a crucial setting in Conrad’s writing. ‘Heart of Darkness’ represents the white-man in Congo, while ‘Nostromo’ is set in a Central American Republic.

If Victorian novelists examined society, Woolf examines individuals. In ‘Mrs Dalloway’, set in the post war period, she presents one day in the life of Mrs. Dalloway and hence the idea of a whole life-time. Moreover, in Woolf’s world is a pathos evoted by the perception of the transistoriness. ‘To the Lighthouse’ is good of this. Another aspect of her novel is the theme of communication which in all its forms is a significant theme in many 20c novels, e.g., Mrs Ramsay incarnates the feeling for privacy for the desire to be freed of intrusion into the private world  and sometimes a desire to communicate to acquire certainty that can only be brought to a mind through its relationship with the  outside world and  other people.

Orwell is apolitical writer. Increasingly disillusioned by communism and the fascism prevalent in 1930s he formed ‘Animal farm’ in which he uses the example of a small farm on which the animals rebel against their human owners as an emblem for the corruption of communication and totalitarianism ( particularly Russian revolution in 1917), and  the urge of man to dominate his fellows. In fact all his writings depicts that ‘absolute power corrupts absolutely. In ‘Nineteen eighty-four’, Orwell extends many of idea of Animal Farm. He brings to life with remarkable vividness the appalling seedy decay of the world of 84. The world is permanently at war, the war being an excuse to justify privation and to rally the masses. Perhaps Orwell summed up his thoughts in “Nineteen eight-four”: Who controls the past controls the future, who controls the present controls the past”.

In conclusion, the writers of 20th c. fiction appear to be ‘engaged’ in revealing the feeling of fear and impending room created by the onward march of civilization. Their writings are a “kaleidoscope’ of impression, thoughts and literary styles, reflecting man’s disillusionment resulting from the unfulfilled promise of material well being. Perhaps what George Orwell wrote in his essay “Why I write” manifests the motif of all the writers of 20th c. fiction:

“I write…because there is some lie that I want to expose, some fact to which I want to draw attention,…But I could not do the work of writing a book,…if it were not also an aesthetic experience”.

Jane Austen’s Instinctive Attitude is that of a Humorist