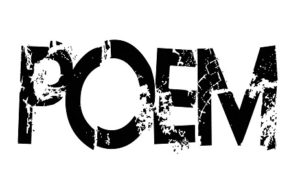 through personification. In this way the lover is absolved of his passionate advances for whatever he does in compliance with his lord. Wyatt’s version of the Sonnet is rough and harsh but more intense in passion. He tends to be aggressively possessive which is no sin in love. Wyatt regards it as a dynamic, unruly person bent on achieving his end. He further increases the emotional intensity of the poem with vivid metaphore and complex rhythm.

The love’s expression of love is rezected disdainfully. After the repulsive love retreats not simple to the heart, but to the  heart’s forest. The word “forest” implies darkness and unseen dangers, suggesting “a psychological, landscape bristling with feelings and  dark enough to hide in” The diction and the imagery corroborate the harshness of the tone. Three syllable Latinate words – residence,. Negligence, reverence, harshness enterprise etc obstruct the flow of the metre. Instead of familiar  diction of love, Wyatt uses the language of business and politics. This language shows that the poet is a plan, forthright man who cannot sugar-coat his feelings as lovers usually to Wyatt is not a glib flatterer.

The sonnet concludes on the lover’s vow,

“But in the filed with him to live and die for good is the life, ending faithfully”.

The lover vows to be loyal to his master (love personified not the mistress. The conclusion is remarkable for witting irony. Compared with Survey’s version, Wyatt’s  lacks the artistic softness, rhythm and musically which characterize survey’s version. But in earnestness and intensity of passion, Wyatt’s excels surveys. Survey’s poem is a  compliant of a lover rebuked. The emotional suffering of the lover is illustrated through the imagery of siege, surrender and captivity. The dispraised love  that had struggled to win the favors of the beloved is now living a miserable life of captivity in the lover’s heart. Occasionally it recovers its courage and  appears in the lover’s face intending to renew the struggle. But the lady who had taught him to love and suffer patiently, and to restrain his dubious hope and desires shamefacedly, has now changed her smile into an angry scowl. The lover who is the faithful attendant of love has to suffer pains for the cowardice of his chief. But being a loyal servant, he vows not to forsake his master, and prefer to die because it is a pleasure to die  for love and loyalty. It is a noble and to which every honest man aspires.

Surrey is a  superb with craftsman. The sonnet is a master piece of craftsmanship. The imagery is convincingly carried out. Love is personified as a knight defeated in war and the lover is given to role of his assistant, a loyal slave determined to share to fate of his lord. As compared with  Wyatt’s translation of the same sonnet, survey’s lacks in emotional intensity thought it is technically superior to Wyatt’s and convey the sense more clearly. Alternate rhyming with a couplet at the end, and choice of the words that rhyme is a remarkable handling of the language.

In these pome’s the speaker loves a lady, but she will not permit him to declare his love. Wyatt’s translation is called “The Long Love” and is a insightful representation of the poet’s  duel observation of love. Wyatt shows to sides of love, physical and spiritual but  never a bond between them. He shows his confusion in line  11. “And  there him hideth and not appeareth”. “Wondering why he should hide his love and not profess it. Howard’s translation is titled “Love that doth region” and  is a much more commanding version. He express the speaker’s feelings a unrelinquishing, relating love and life’s pinnacle achievement. Although both poets relay the poem is different styles, the main theme of confusion is ever present.  The long love, that in may thought I harbor.  The scanning of harbor, banner, suffer, Campeth, preaseth forest as iambics is comprehensible; but in line 6, we have to choose between a heavy stress on the unimportant word my or on articulated final-e in luster; while in line 8 we can hardly escape hardiness and must have either takes again.

Also Study: Jane Austen’s Instinctive Attitude is that of a Humorist

Jane Austen’s Instinctive Attitude is That of a Humorist