Identifying the effect of Facebook check-ins oneself presentation in youngsters and as well as in older people; where individuals may perform their self-image to their social circle by tagging pictures, check-in location sharing, posting pictures on their timeline and presenting their self-image.  This thesis is also identifying that Facebook check-in of others influences the audience, majorly the Facebook in Pakistan; the impact on youngsters. 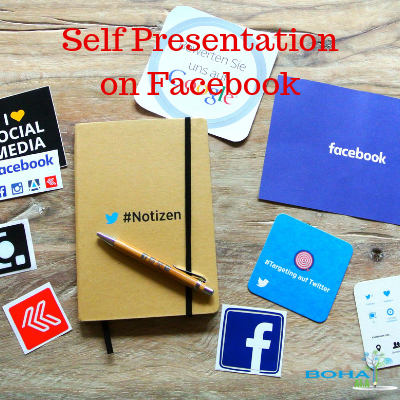 The survey conducted for this study proposes that the engagement of social media mainly in youngsters and in other users is much dominated; by presenting their self-image, sharing their lifestyle and daily activities with their social circle. The rapid development of users in Social Networking Sites (SNS) in recent years is taking towards in a new world of presenting self-image; by photo sharing, check-ins and else.

Importance of The Study

According to the study, the importance of the study is contributing in the individuals to utilize Facebook for the purpose to promote their selves in the social circle in which they are engaged in and for amusement, to post data, connect with loved ones. One of the dominant uses of Facebook is to collect secondary data for big organizations, brands this is for the betterment of the research work knowing their target audiences.

Another major importance of the study is to sort out how there is the usage of social sites and its impact on the youngsters. Where individuals are familiar with the society and its up going via these social networking sites (SNS). The current technological advancements have shaped the way people communicate and interact with others in their social circle. While there are numerous of advantages of these social sites like on Facebook it has revealed its check-in feature that gives users an opportunity to share their location with their friends and followers on Facebook that check-in on their cell phones so friends know where they’re hanging out and what they’re doing.

While in the today’s era where the internet has a most important impact socially. The social researchers have started studying the popular social site (SNS) Facebook, investigating demographic distinctiveness or they can be the demographic characteristics of the person who uses their motivations to use, self-presentation, and the social connections.

RQ1 Does Facebook check-in of others influences the audience.

RQ2 In what way Facebook check-in of others influences the audience.

​Below are few of the objectives:

The methods that stress upon objective measurements and the mathematical, statistical or numerical analysis of data collected by polls, questionnaires, surveys (primary data) or by working on pre-existing statistical data (secondary data) by using computational techniques is called quantitative methods. A specific phenomenon is explained or gathered numerical data is generalized across groups of people in Quantitative research.

There are many other features on Facebook which helps user for their self-presentation but this study only observes the use of Facebook check-in feature in this regard. The online survey would be conducted for this study and questionnaires would be developed for this purpose.

The essence of survey method can be explained as “questioning individuals on a topic or topics and then describing their responses”. In business studies survey method of primary data collection is used in order to test concepts, reflect the attitude of people, establish the level of customer satisfaction, and conduct segmentation research and a set of other purposes. Survey method can be used in both, quantitative, as well as, qualitative studies.

A field of applied statistics of human research surveys, survey methodology studies the sampling of individual units from a population and associated techniques of survey data collection, such as questionnaire construction and methods for improving the number and accuracy of responses to surveys. Survey methodology includes instruments or procedures that ask one or more questions that may or may not be answered

Survey method can be broadly divided into three categories: mail survey, telephone survey and personal interview. Alternatively, from the viewpoint of practicality, the most popular variations of surveys include questionnaires, interviews and documentation review. More according to the study the two third remaining Facebook users of Pakistan are below the age of 25 which shows that how much popular it is among the youth of Pakistan.

The survey also includes the users of Facebook overall in Pakistan is extracted from different cities including the major cities such as Lahore, Karachi, Islamabad, Faisalabad, Multan, Gujranwala, Sialkot, and Hyderabad The larger part of the users is from the richest part of Pakistan and remaining 10% of households.

While in this survey the youth of Lahore (Pakistan), the target audiences of Lahore is being opted, while Lahore city we considered among the top city by the larger number of users on Facebook which is near to 5.2 million users approximately that supports near to 21% of Pakistani Facebook audience.

While in this survey method there will be 300 participants in the survey from 18 to 29 years. Of this sample, male and female will equally participate. For Sample, will contact college students, social network and solicited volunteers to complete the survey. Participation will uncompensated. All participants will be Facebook users.

The Main Reasons to Conduct The Survey of This Research

The main reasons for these surveys to uncover answers to specific, important questions. These questions are varied, cover a diverse range of topics, and can be asked in multiple formats. While the main survey contents are the youth and their usage of social sites. The impact of Facebook among st new generation is significance in socializing, entertaining and self-learning.  The use of Facebook in Pakistan is also measured as the mainly popular social networking site (SNS) specifically in the youth.

While another reason is to out that the impact of Facebook Usage and self-presentation is vastly acting, where people display the more persuasive content in order to gain self-promotion, similarly profiles maintained on Facebook represents an individual’s self. The big of its motive is the users becoming more pleasured, motivated and satisfied.

Another reason why this survey is chosen is describing that Facebook check-in feature is drastically opted for impression management by the youth. It shows that the higher the quality of self’s presentation will ultimately enhance the lifestyle and personalities of an individual.

Participants would visit a link to the online consent form that described their rights as research participants. If they indicated that they agreed to participate, an online survey appeared. The online survey began with the questions regarding the use of Facebook check-in and their reaction towards check-in status.

Most of the Facebook questions will utilize a 5-point Liker scale ranging from ‘‘strongly disagree’ ‘to ‘‘strongly agree”.  In order to determine our results, we construct questionnaires containing the items for self-promotion, checking for comments about the self by others, providing social support, and seeking social support. The scale will be developed to examine the motives and effects on youth of Facebook check-in status for self-presentation. Finally, the participants were asked how many friends they had on Facebook.

The work experience and involvement of the researcher in the social media marketing field have been instrumental in locating and identifying the best sources of data for this study. As the main objective of the study is measuring the impact of social media mainly the usage of Facebook Check-in among youngsters, it will try to develop answers by recognizing patterns of relationships among constructs within and across studies and their underlying answers.

This survey has great importance on seeing the impact of youngsters, how they use Social networking sites as self-presentation. The survey helps inappropriately analyzing the main source of the social site Facebook, where the self-images are influenced by the social circle by check-ins feature also known as location sharing. Most surveys won’t be complete without a question or two asking our age, gender or location. It’s almost impossible to look for a survey that does not have any of these questions.

They are called demographic questions and they are an absolute essential when it comes to customer surveys. Demographic questions allow you to know who your target market really is and what they are really thinking of. By including demographic questions in your survey, you are able to save yourself and your business loads of money simply because you took the time to include these simple questions. In essence, this means that each survey as a distinct experiment that stands on its own as an analytic unit.  While multiple cases are discrete experiments that serve as replications, contrasts, and extensions to the emerging survey.

The survey is conducted on the youth of Lahore city situated in the northwest of Pakistan. It is the capital city of the province of Punjab and is the main centre for Culture in both the Punjab region and Pakistan as a whole. Lahore’s population in 1998 stood at just under 6.5 million with a figure for 2013 of just over 7 million with a current growth rate of just over 2%.

The current population of a little over 7 million is all squeezed into the city’s boundaries of 1772 km squared. The city has expanded to almost double its size in the last 14 years but the Lahore remains the 42nd most heavily populated city in the world. The residents make their homes in the 9 administrative towns and one military designated area. Within these areas, there are some historic neighborhoods and of course, there is the old city area.

The type of survey research that will be used in this study is qualitative research and quantitative research. The discipline investigates the impact of Facebook check-in among the youngsters. Besides this, the researcher will also examine the phenomenon through observations in numerical representations and through statistical analysis. Along with questionnaires that will be given out to respondents for the statistical representation of the findings in the study, interviews with the respondents and a few experts in this field will also be conducted.

The research sampling method that will be used in this study is random sampling to obtain a more logical result that could be used to represent the entirety of the population.

The respondents in this research will all be coming from one single location – Lahore City, specifically the randomly selected Youth. The researcher chose Lahore City because of the emerging social media and its impact on youngsters in the present area that is relevant to the study and also as it fits the time frame and resources of the researcher.

The randomly sampled respondents will be asked by the researcher for consent and approval to answer the questionnaire until the desired number of respondents which is 300 is reached. The opinion of experts will also be sought in this research to provide explanations regarding the respondents‟ infant feeding behaviors and practices.

Impact of Social Networking Sites on Academic Performance of Students

Top 10 Ways to Make New Friends or Meet Someone Again