Every country or origin have its own culture, if one want to start business in any country then he should know the market and culture of that country. If I want to start the business in Nigeria, I have to do market research and I have to do analysis of its environment; environment of Nigeria or of any other country includes its political system, economical system, social and technological system. To start up business in Nigeria, in this report, I have discussed about the culture of Nigeria, political and religious aspects are discussed. The cost of resources, material and labor are analyzed, as culture is considered the foremost section for any business, for the profit, maximization and growth of services strategies should be used which are according to the culture of the country and every aspect should be considered and discussed.

The geographical aspects, Nigeria is located in Western America, its capital is Abuja. 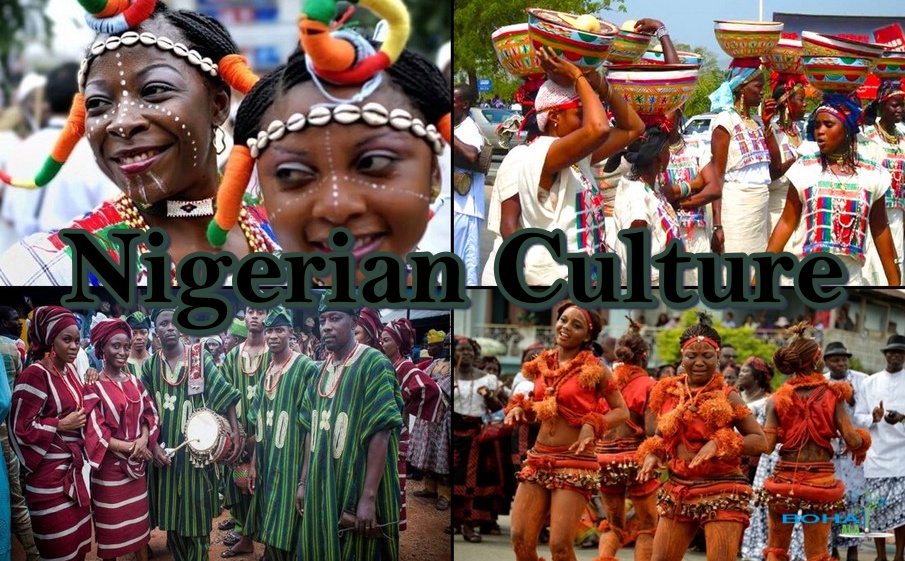 Language of Nigeria is English; however, they have more than 250 ethnic groups. In Nigeria, every ethnic group has its own language, which includes Kanuri, Yoruba, and Hausa etc. From the business perspective, English is the most common language that is used, but the ethnic groups want to do business related deals and commitments in their own language. It means, if one has to do business he should understand all the languages exists in Nigeria or should know language of the targeted group, if he do not understand the language then he must have translators. Due to variety of languages and it is important to do communication, inside and outside communication is necessary, as one have to manage the work force, so it necessary to understand their languages.

Nigeria is the superpower of Africa, as there is the highest population. People of Nigeria are very well mannered; they give respect everybody, to elders and seniors, the greet each other which include shaking hands etc. They care for their health, family and religion; they also ask others about families and health. The people are very concerned about culture; there are Muslims, Christians and other people with the indigenous beliefs.

In Nigeria, the industrial or business sector is well educated this is the reason they are on sixth number, in oil producing countries.To do business in Nigeria, to under their traditions is most important.  Before doing business, they want to know the person personally, they invite business partners or dealers at home, and they want to make family relation to understand each other through family interaction and communication. It is the trend in Nigeria to give gifts to each other’s, while going to each other hone they take chocolates, fruits, bouquet, nuts along with them.

Like other countries, Nigeria businesses also have the direct relationship with the environment. Environment include the political factor; in political factors there are labor laws, policies regarding tax, stability, environmental law etc take place. One must have the information about the political stability, as the government of Nigeria is not stable, foreign investments are not encouraged when there is instability, however, GDP could be increased due to foreign investors. It is the democratic country and executive president rule the country, president is the head of state and government. In national assembly, there are two chambers senate and representative’s house and government has the power to make the legislations.

Supreme Court is the highest judiciary and national assembly keep noticing the government executives section, the legal system of Nigeria is based on, British common law and judiciary independence. There is constitution system; there are customary laws, English laws, common laws and Sharia to do the business activities. By the use of universal suffrage president is elected, customary laws are derived from the norms and traditional practices, English law is derived from the law of British, common law for colony independence and law of Sharia is used in Northern division.

There are trail courts, court of appeal, high court, Supreme Court in the judicial branch. There is 1 territory and 36 states in administrative division. In Nigeria, there are 771 local government areas, due to the democratic state of country; country has the better foreign relations with the neighboring countries. It is studied that political, federal structure had flaws in Nigeria, the reason there is strong federalism structure and the power of government is reduced.

In Nigeria, there are Muslims and Christians this is the reason of cultural issues that are emerging rapidly, there are always conflicts in both the cultures and people, as both have own reviews and differences, different religions regarding ethical differences are linked with the politics, justice, ethical and cultural issues which cannot be ignored. The conflicts between farmers take place as the large desert has been created with the transformation in climate and natural resources, Muslims are migrated and move towards the southern areas, with the expansion of the Sahara.

The Islamic group named Boko Haram, also contributes toward the cultural differences, this group believes that there should be implementation of Islamic laws in the Nigeria, and it is the sin if one do not have the Islamic education. In north Nigeria the group is activated, and killed 5000 civilians, from 2009 to 2014. In the result, the human rights violation and corruption take place within the country; they also planned bombs and attacks within churches and at other public places. According to the study, there are about 400 ethnic groups, lived in Nigeria. Total numbers of conflicts are hard to measure but there were loss of approximately 3 million people. There is lack of religious freedom, and people are afraid to get pleasure from their lives.

The religious issue in Nigeria includes domination of the societies or groups, discrimination, neglecting, victimization etc. Terrorism and corruption is increasing day by day, due to these religious differences and conflicts. After the introduction of Sharia law in the city, Christians protested in Kaduna, it resulted in the violence and Churches and Mosques both were targeted.

Inflation is also the problem, which was reported by the economics, the economy of Nigeria is extremely dependent on sector of oil, which affects the prices of goods and other raw materials with the changing in oil prices. It is analyzed that there are chances in the increase inflation rate, depreciation in the currency will also affect the global competitiveness and result estimated, in the higher prices of the products.

If there will be increase in the prices then firing investments will be discouraged by the investors. Political instability and uncertainty will result in poverty and unemployment. In present, there are 95% of foreign earnings and the revenue of government is two third. In the country, the unemployment rate is 80% and poverty rate is 60%. The terrorism and violence harm the economy of the country. It was reported in 2014, that in future the cost of business would increase by 40%.

In 2015, the government was paying 9% of its revenue in form of interest and public debt was 12% of GDP. The public and foreign debt is increasing, and government requires more borrowing as rising in oil revenue is the maximum challenge in the nation state. Before establishing more business relationship, there is, need to consider the resources, the production of land, capital, material, labor etc has become important now.

In Nigeria, the unemployment rate is higher and this is the reason, labors are cheap. Labor is available at lower cost but most of them are not skillful; unskilled labor could easily found in Nigeria. Most of the people in Nigeria are linked with the agricultural sector; labor cost depends on the region, moreover, people are occupied in lower level jobs. Youth is unemployed, training and skill should be given to them for the future growth.

Nigeria is rich with the natural resources, the natural resources of Nigeria includes the zinc, iron, coal, natural gas, petroleum oil etc. Nigeria should use it resources, with the expert’s advice, Nigeria can get benefit from the resources, and the resources could be used further in the metal industry, power plant and railroads. They have the famous manufacturing sector; the sector includes the steel mills, paper mills etc. The beverages, textile, cement etc are imported in the country. Nigeria also have coal reserves, from the coal electricity is produced. They have range of different stones like gypsum, gold, sapphire, uranium etc.

The roads in Nigeria are controlled by the local authority, which is up to 67%, as the transportation is given importance, government spend 20% of its budget on roads. There are many issues in Nigeria, which include the corruption, poverty, uncertain government and the business, which is highly dependent on oil. The cost of doing business is high; there is need of initial investment and funding. The material cost will also increase due to the inflation rate.

Business can face many problems in Nigeria, due to the diversified culture; there are people in Nigeria from the different backgrounds and culture so targeting the population will be a difficulty. It is risky to start the business there. Marketing would be also the difficulty, Muslims and Christians required separate marketing, as they values are different. The business has to follow the laws and policies.

There are obstacles in the business, the differences in the regions, cultures and life styles of the people exists there, there are variety of people; people are totally different from one another. The other is that country is importing the beverages and raw materials, which can have the direct effect on the profitability of the country.

Before starting the business one should focus on the strategies, there is need to identify the customers’ needs and values, based on their culture and religion. Muslims only want the Halal products, because they do not eat Haram or other than Halal Food. For Christians food should be according to their preferences otherwise they would not buy the products. The employees are unskilled in Nigeria; there is need of motivation and training, good salaries, incentives, rewards should be introduces for the employees so they should perform well and increase the productivity. For the effective and efficient marketing there is need to identify the culture, social media can also play the important role in the marketing of the products. Shop marketing should also promote as per the requirement of the customers. Strategies should base on the income of the people and demographic segmentation. Age group should also be focused.

The goals should also be defined; there should be clear vision of the goals, the analysis of the competitors should also be done, to get the competitive advantage and industrial growth. Strategies of the concerned business should be focused, vision, mission statement, goals, objectives should be established, that what business want  to promote and what company will do in the future, and how could company or business give benefits to the economy of Nigeria. The business should be committed towards the success.

one must built the vision and should take steps for achieving the goals; bonding is needed between the work forces if business wants to get success.