Topic: Can The Issue of Gun Control Ever be Resolved?

Gun control has been a very controversial issue over the years due to various shootings nationwide. Under the Second Amendment, we have the right to bear arms in order to form a well-regulated militia necessary to keep security in the free state, but the bill was passed in 1789 when the country was at war. Guns were essential since the settlers arrived in 1607. This was necessary in order to protect themselves from the unknown (animals, Native Americans, and for hunting food). Guns later came into play when the first school shooting happened on July 26, 1764, in Greencastle, Pennsylvania. Chief Pontiac, the war chief of the Ottawa tribe, ordered his tribe to attack Enoch Brown school, nine students were left dead and two students injured. People argued that they did not feel protected enough and they should have the right to have a gun. Later on in 1775, the Revolutionary War began. Civilians had to be alert and careful, once again guns came into play. When the United States wrote the constitution, they kept the right to own a gun in mind. Considering all the factors that had been going on the last century, they decided to include guns in the second amendment. It wasn’t too long before the United States questioned the second amendment. On April 15, 1865, the president of the United States, Abraham Lincoln was assassinated. He was shot in the head with a Derringer handgun. This was a huge shock to the United States. The government questioned whether they should abolish the Second Amendment. Unfortunately, Lincoln was not the only president to be assassinated. Later on in the future, the United States would lose presidents: James A. Garfield, William Mckinley, and John F. Kennedy. Years to follow political figures/ activists like Malcolm X and Martin Luther King Jr. would be assassinated as well. Moving into the modern area, there have been many shootings. The first shooting modern day to leave the country in shock was on April 20, 1999. In Jefferson County, Colorado where 15 people lost their lives. The country was left speechless but did nothing to change the second amendment. It was not until February 14, 2018 shooting in Parkland, Florida where students decided they’ve had enough and wanted change. Since then they’re has been school walk-outs, as well as a protest around the country. Although this topic has been around for hundreds of years, opponents and proponents for gun control should come together to find a compromise.

Many citizens believe that it is their right to be able to protect themselves. For some Americans, it’s normal to have a gun in the house. Perhaps they go hunting as a sport. Joan Burbick, professor of English and American Studies at the University of Washington, in Gun Show Nation, 2006, writes about attending an NRA committee meeting of spring 2002. Burbick went on to say that he listened to Armstrong Williams, an African American conservative, Williams argued that where he grew up (South Carolina) it was normal to have a gun. He would hunt deer, raccoon, and quail. He also added that the people he knew who owned a gun were responsible, there would never be any accidents. For hundreds of years, mankind has killed animals, whether it be for food or for a hobby. Williams does make a valid point why he believes he should be able to own a gun. Although he does make a good argument, he does not realize that not the entire country is used to having a gun in the house. Consider California, a Democratic state, many residents would not name hunting as a hobby or sport. The reason being that many residents live in the city or suburbs where the forest and wild animals may be hours away. That being said, that is why people are for gun control or proponents for the cause. 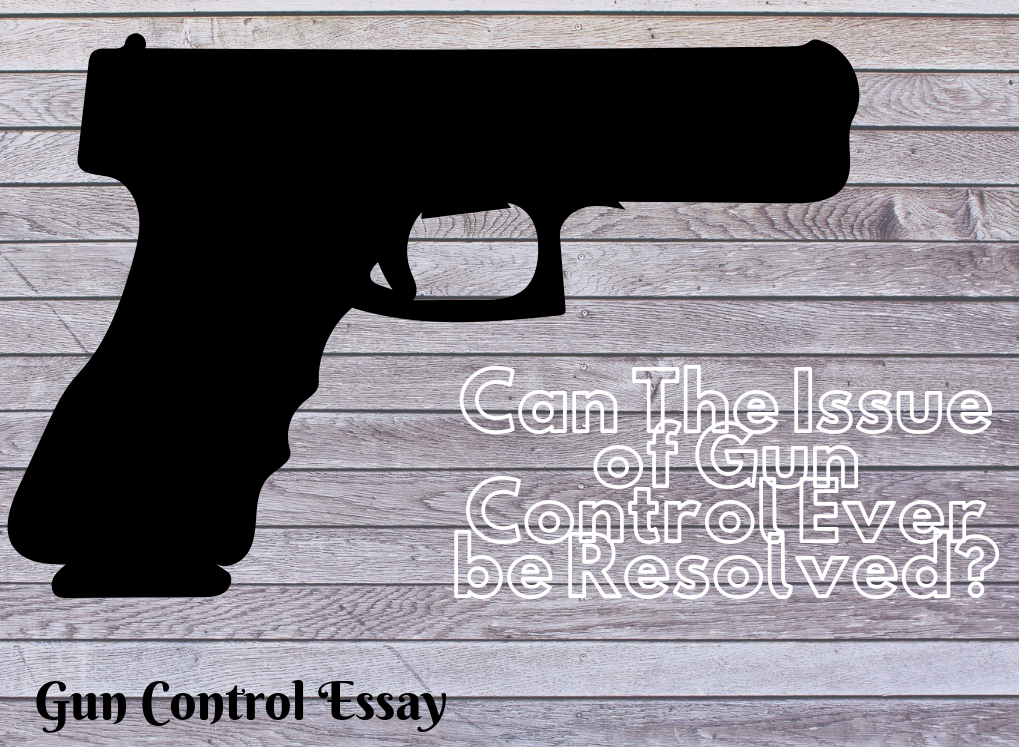 People may believe that having a gun is not a right but a privilege. Privileges can be taken away at any moment depending on the situation. Mark V. Tushnet, a professor of law at Harvard University, in Out of Range, 2007 writes, “Owning a gun is indeed just like driving a car- not a personal right protected by the Constitution, but a privilege that legislatures can regulate as much as we the voters are willing to tolerate” (48). In the recent shooting more and more people are realizing that the second amendment is a privilege. With that being said they want more regulations for the second amendment. The people of the United States have the right to feel safe. The only way the second amendment would actually work is if everyone in the United States had a gun. Everyone then would be considered equal. Unfortunately that not the case, some people dislike guns, are too young to buy a gun, or are disabled. Opponents of gun control are simply afraid. They fear that the government will take away one of their rights. They will be left in fear that they no longer can protect themselves from criminals, animals, or anything dangerous. There might not be a solution to end the bickering of Gun Control, but there may be a compromise.

What both opponents and proponents fail to see is that they can not have it their way. There will always be someone who is unsatisfied. It may although simply put a couple more regulations when purchasing a gun. It may be a long process, but it better to be safe than sorry. Dewey Cornell, the clinical psychologist, and professor of education, “Gun Violence: Prediction, Prevention, and Policy”, 2013, writes about how he believes that there is a way that the United States can reduce gun violence. An option is to teach the new generation, teach them to use their words instead of resorting to violence. As well as even having a psychological test before buying a gun. This may take some time but it may work. With the new generation, they would learn from good and bad. Since they are the future, the future may be bright. On the other hand, with extra background check, it would not hurt. In order to keep the United States safe, it is necessary to add one more measure before being able to own a gun. In an article by Caroline Crosson Gilpin, she interviews people that have worked for the government and ask what they suggest they do about gun control. The responses varied one, in particular, was interesting a retired Supreme Justice judge by the name John Paul Stevens stated, “increasing the minimum age to buy a gun from 18 to 21 years old and establishing more comprehensive background checks on all purchasers of firearms. But the demonstrators should seek more effective and more lasting reform. They should demand a repeal of the Second Amendment”. Raising the age to buy a gun would possibly prevent more school shooting since people who are the shooters usually have attended or attend the school. More background checks may help make the process of buying a gun longer and more tedious.