America has had an experience of a contradictory relationship between humans and weapons since the entry into effect of the Second Amendment to the U.S. Constitution (December 15, 1791), which guarantees the right of citizens for keeping and bearing of arms. In fact, by giving the people the freedom to own weapons for self-protection and other personal non-threatening for society purposes, American Government has opened up new opportunities for growth of crime rate. The whole complexity of the phenomenon undergoes certain changes not that every year, but almost daily while new law specifications and restrictions on the spread of arms come into legal force. Such a flexibility of the legislative framework of all American states is accounted for the peculiarities of the changing dangerous situation of the U.S. citizens who over and over again suffer from the lack of arms trafficking control on both markets, official and underworld ones. The issue is that numerous pros and cons of weapon possession as well as the interdependent amount of crime have significant differences standing on each specific case of different America’s states, which have a bit or radically varying laws of gun control. So let’s study and consider what for and against arguments can serve for the critical solicitude of the Americans’ status as a shooting nation in relation to its own safety.

It is firstly necessary to explain that the issue of gun control manifests its relevancy through the increasing number of murders, rapes, robberies, different incidents on the back of weapon possessing by everyone from adults with mental health through dropouts to children and adolescents with divergent response to possible acts of aggression or other reasons for gun use. This applies especially to the fact that “…as the gun ownership rises, so does the gun homicide rate. More guns mean more gun deaths” (Harmon, 2013). Really, weapon ownership increases the risk of being killed. For that matter America’s case is extremely screaming for its almost 100% national possession of any type of arms. “Overall, 46% of weapon owners own some type of gun primarily for crime protection. The figure is 41% for men and 67% for women.” (Cook, & Ludwig, 2008). These data can confirm a greater anxiety for their safety among women, whereas in contrast men are those who much more likely to pull the trigger (according to statistics). So the primarily reason of carrying-weapons is self-defense.

They say weapon doesn’t kill by itself. Still deplorable results of its usage by people evidence once again the need of 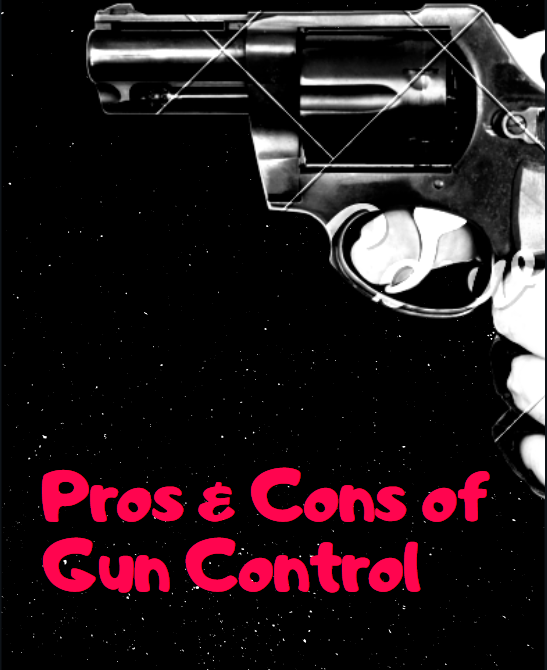 gun control among Americans, in particular. A key argument for restrictions to be imposed on weapons possession is in decreasing of rates of violent death as a consequence of arms down-regulation. Today the prospects are gloomy due to the fact that numerous cases of dying appear to be an essence of unqualified usage of weapons by amateur owners, fatalities because of armed schoolchildren and students’ unweighted actions, and so forth. This point proves the need of strict gun control in order to prevent new casualties by arms violence. Yet the important thing to note is a morbidity level associated with committing of suicide or home bicker fest in virtue of availability and accessibility of arms. In practice, it is very easy to come down on the wrong side of the hedge in warm blood. And America’s characteristic feature of getting of gun license, which varies in administrative time from 10-15 minutes to approximately a week in different states, allows engaging of a firearm in an almost easy way. At any rate, statistical information speaks for itself, namely: “About 30,000 Americans are killed with firearms each year by gun suicide, homicide and accident. About 80 percent of all gun crimes are committed with handguns” (Spitzer, 2009). Moreover, the figures are changing this very minute, as people are murdered by other humane people or die because of suicide or other causes every moment. That’s exactly why American Government should enhance its citizens’ security by preventive measures of strict gun control of both buyers and weapons sellers at all levels, as well as clamp the punishment for the use of arms for criminal purposes with following tight control of those people who have committed a crime.

It is notorious that the controversial nature of gun control deals primarily with the figures among ordinary Americans who suffer in every of two cases, that is, allowance for weapons-bearing and total gun control up to arms prohibition. As a matter of fact, vast majority of the U.S. population even has no idea about possible places of weapon sales in the event of authoritative embargo on arms, while representatives of underworld or gangs have almost free excess to the deadly tools.  This is that particular thing, which serves as counterargument to gun control, namely: gun control endangers lives of simple Americans who at the moment of facing with an armed threat to their days or existence of someone else, are not able to save it due to the lack of equal means of self-defense, that is, weapons. In this respect a key minus of limitations on weapons possession or carrying result in reduction of probability to keep going due to an armed attack. As a result, crime rate as well as lethal level from firearms and weapons increases. It is natural that the question is the availability of all sorts of arms for members of crime families who think they rule the world and may decide who has the right for life. In this regard the issue of overall gun control has to be concentrated in equal facility both on two influence areas of the U.S. – an official one or ordinary Americans and clandestine groups or gangs. “The Federal Bureau of Investigation estimates that there are around 33,000 violent gangs in the United States, With an estimated 1.4 million coast-to-coast gang members” (Romano, 2014). If we only assume that every member of such a group has a countless number of weapons, which he or she can use just for solution of personal questions, with an obvious reason or without it, then it becomes clear where the roots of massive amount of murders and other solved and unsolved crimes are hidden.

Another aspect against gun control is well-being of black market of arms. Severe restrictions or even a ban on gun ownership are not reflected on the possibility of illegal access to it. By the way, in this case the check of buyers is not required. This idea is supported by the fact that Americans may need this or that type of weapon for personal purposes only, such as hunting or sport shooting, for example, so they are to search another way of getting arms if there is too time-consuming procedure of gun registration or its prohibition at all. It cannot be ruled out that they may apply for a help for underworld market. In this context there is a danger of following weapon employment for other agendas, as the experience shows those people who have obtained gun license feel more responsible for the usage of their registered arms that those ones whose gun serial number is not so easy to trace. And this can serve as one of the reasons for Americans to carry out a crime for a kind of sureness in impunity. In any case, gun control may lead to the increase of crime rates, as it is depicted above, with another aspect of gun availability for almost every family member if only there is at least one weapon in a household, which can be put in motion any moment and in any context. In short, the disarmament of law-abiding people is not a step towards safety but a kind of indulgence to crime, unless there is a proper law about self-defense.

Let’s try to deduce how gun control differs in American states, and what is the result that it has on crime rates. There is no necessity to enumerate every state with its response between gun control and amount of crime. It is enough to trace a tendency. So, today the most of America’s states have laws that allow carrying of concealed weapons by law-abiding citizens. Statistic data show that the violent crime is lower in states where carrying of concealed weapons is allowed than in states where there is not. This in turn means that allowance of such a carrying of arms deters violent crime and does not lead to increasing of accidental deaths. It is well-known, throughout the U. S. laws may differ to the extent that in one state it is permitted to own and carry weapons while in another one gun possession is strictly forbidden and non-compliance is subject to legal prosecution. In this view New York, Chicago, Los Angeles and Washington appear to be the cities with the highest crime rates in spite of their severe legislation on gun control. Notably, the lawlessness in the cities exceeds the whole country’s crime rate by a number of criteria. As we can see, tougher rules for buying and carrying of weapons are reflected in higher criminality. Nevertheless, gun control may culminate in decreasing of other case of lethal level, as it happens in the capital, namely: “banning handguns in Washington, D.C., appears to have reduced suicide and homicide rates” (Liptak, 2008). So it comes without saying that there are at least two sides of gun weapons prohibition in different states, one aspect of which can be beneficial for Americans, and the other one threaten citizens the same way as a total absence of authority of gun possession.

Judged by this criteria gun control proves its contradictory character due to the peculiarities of its pros and cons and particular practical realization in politics of different America’s states, which show that crime rates is interdependent with the issue of gun control, both in direct correlation (decreasing of lethal level due to the armed attacks) and opposite relation (increasing of crime as a result of development of the black market of weapons).