I have chosen Pocahontas for discussion because in the history she was a bold woman, she was a Powhatan members, Pocahontas was a Native American, and she was born in 1596 and died in 1617, Pocahontas was a daughter of Powhatan; his father was a paramount chief. I am inspired by Pocahontas, in her lifetime, she proved herself as a brave woman, she saved the life of John Smith an Englishman in Indian captive, she was in association with Jamestown colony and she changed her religion, as a Powhatan (Native American Culture) to Christianity and named as Rebecca.

As a young girl, Pocahontas spent her early life, in the village of her mother; she played and learned in the village, she learned women daily tasks including farming, gathering firewood, cooking food, making clothing etc. When she reached to maturity, she started to live in the matrilineal society; in the society, it was considered that inheritance status is the drive from the female line, this is the reason Pocahontas do not inherit her father status. Nobody there considered her as a princess so she moved to her father households at the age of 10, where she lived and worked with her stepmothers and stepsisters. 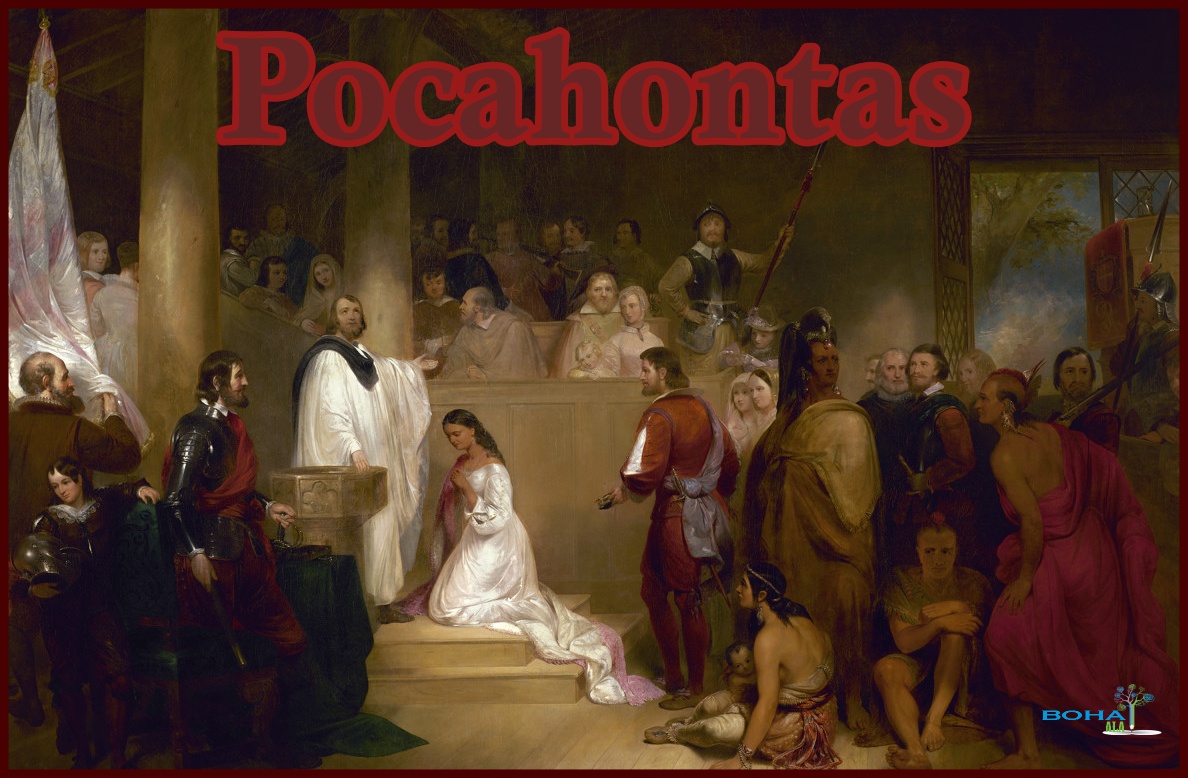 She was given hard work by her family as if she had to collect reeds, there were much heavier works for her, she used to make mats that were used for houses, beds etc. She met the Captain John Smith in December 1607, for the first time, Smith was one of the Englishmen colonists, who had captured by the several Powhatan, when he comes to Virginia. Powhatan Indians at that time used to wear jewelry that was made from the shells, pearls, and dressed up with deerskin (Lemay, 2010).

Smith was very different from the Powhatan Indians, and he was brought to Pocahontas father. The Smith given the feast by the men in that village, his head was placed between the two stones, as they were to beat out his brain. At that time, Pocahontas placed her head, in her arms, put or laid her head upon Smith’s head because she wanted to save him from death. The Powhatan was showing their strengths to the English colonists; however, Pocahontas saved him, after that Pocahontas and John Smith became good friends, she requested John Smith to release some of the Indian prisoners, after that she gave an Indian plot to Smith where he warned him to spend his life.

In 1609, Smith left the Virginia and Pocahontas were told that Smith was dead. After hearing the news of Smith death she does not visit the Jamestown again, however, after 3 and half years later, some of the English colonists visit the Virginia, and in a village of Potomac River they found Pocahontas. Pocahontas was captured by the English colonists and demanded some things from the Powhatan, however when Powhatan comes to know about her daughter, he sends seven English prisoners home, he refused to fulfill their all wishes but he decided and agreed on peace. There was peace between the Pocahontas and English colonists (Ankeney, 2011).

In 1614, Pocahontas married an Englishman named John Rolfe. She told her family about her marriage, her father Powhatan send some people to the Pocahontas marriage. Pocahontas, after a year, gave birth to the son of Rolfe named Thomas (MERSKIN, 2010).

In 1616, Pocahontas traveled by ship, she was going with her new family to England, where she wanted to raise money for the Virginia colony. There some Powhatan Indians joined them, she got popular and over 200,000 people, who lived in London, and she was the one who was taken to play public entertainments. Pocahontas liked the England, and after some time she become ill, her old friend John Smith come to see and meet her. Pocahontas husband wanted to take her to Virginia but after leaving London Pocahontas died. However, she was buried in St. George’s Church in England.

Pocahontas in her short lifetime played various roles, she had two cultures, she saved lives of English colonists, and she influences her father that they should not behave the way they were behaving with the English slaves. She was one of the favorite daughters of Powhatan, and English colonists targeted her take revenge from her father, however, she still wanted Powhatan and English to become friends and finish the rivalry. While traveling to England she learned a lot from English people and she got a chance to tell English people about Powhatan people, her visit to Virginia make her prominent women in England.

In American history, Pocahontas is one of the iconic figures; her life is about continuous efforts she did for the English and Powhatan people. She became a celebrity and colonial hero, she competes with the situation to establish Virginia. She becomes famous because she saved the life of Englishman John Smith from colonists, there are animated features of Pocahontas, which emphasis on her both bravery and romance. The romance was emphasized between the young woman Pocahontas and young Englishman Smith. There are novels, stories, movies that appreciated her efforts and attempts. She was a one who had the blood of American Indians but she lived the life of English women, she deemed to be an English person (Hatch, 2014).

She is a legend and memorable women, as written by others, what we know about Pocahontas, only covers her half of the life, her story inspired the myriad of book, painting, plays, poems, sculptures and films. She has captured the imagination of the people that can take the people towards the history of all the ages, what I can say her story has fascinated the mind of the people at least for four of the centuries, her story stills inspire people in today’s world.

The event had changed the life of Pocahontas; as when Pocahontas helped the white or English men colonist, her father came to know that she wants to finish the rivalry; her father loved her so he also did an effort to realize some of the prisoners. Her efforts change the stereotyping of the societies.

By doing friendship with the john Smith, she asked him if he could help her in releasing prisoners of her countries, by this she wanted to create the good image of Americans in her society, she also requested her dad to do favor and not to treat the prisoners or slaves of other countries as they were used to do. She is a leader for everyone because very few people can do she did; she did not like anger but believe to deal others with love (Linwood, Linwood Custalow, & Linwood, 2014).

Pocahontas did a lot to change the society, she was a brave woman and saved a life of John Smith, even he was considered from the rival’s party of her dad; still she saved her by putting herself and her life in danger. She took steps to promote the friendly relationships between the English people and Powhatan’s. She is the women with the courage, people learned from her that one should not leave efforts and courage, for the betterment of the society, Pocahontas also succeed in what she wanted to achieve. By her efforts, she motivates the people and tells them that English people are not bad as she changes the stereotyping of her society and country.

She was caught by the English people, still she did an effort to tell the people that English or white people are good, and when she was living in the England she told people about who is Powhatan, she had become a legend from her continuous efforts. We can idealize her and learn that how she did efforts for the societies and how she became a successful person, in promoting the rights and values of women at that time.

She is a leader of native people and will be remembered always, in the past people considered they, as they are superior from others, this is what Powhatan was also used to think, and they wanted or like to show their superiority to others by treating them badly. We can attain knowledge and insight of Pocahontas that how she gave the new perspective to the societies. Pocahontas has changed the history and makes people able to think about each other, she like Christianity and white or English people than her own people or the people from the societies she belongs to, she admired English people and  their religion because she knows Christianity is promoting humanity and against doing bad to people.