How English Has Gained its International Status in the World Today 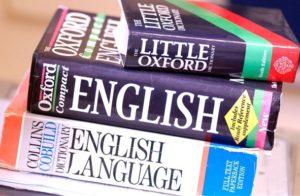 The best programs that are taught in the world today are through English language, for example MBA programs. The use of English language in the learning of professional courses and programs in the world today put a person in a position of the best credentials and training. Most of the multinational organizations require a certain level of degree in the proficiency of English from prospective employees to obtain a top position in these companies. English dominates the technical terminologies used in medicine or science, engineering, and many other professional disciplines.

Western universities attract many more scholar, professors, and students from all over the world, and the language of choice for whatever is done is based on English language. Teaching and studying depend on English, international conferences and published journals are carried out with the use of English. Writers and Journalists around the world find a good command of English as the major skill of their career; Magazines, articles, interviews that are written in other languages still have English language as its background.

Our human living depends on the resources shared internationally; our livelihood is based on the importation and exportation of goods and services – our survival. These become a reality through a particular language communication which is English language. The Internet has billion contents published in English language which is a way we all survive to learn and understand life to its fullest. In view of these, English will continually gain more international status in the world now and beyond.

English is the national language of many countries of the world today. Approximately 375 million people communicate in English, and English has its territories in about 65 countries, and about 35 of these countries have made English their national or official language. (“proenglish.org”)

In such communities where English is used, it promotes literacy. English makes it easier for everyone in a community to communicate and reason with almost the same convention as understanding the language brings to the context of discourse. The ability to speak English fluently promotes literacy in communities where it is thriving excellently. English motivates the citizens to improve their knowledge, since it is what is used to carry out any official duties. This leads to an enhanced literacy and integrated union.

English language helps to achieve financial benefits. Since it is the official language, it is most likely to be spoken during official business operations, and since it is what is learned in these communities to make profit, and this also helps immigrants to communicate well with citizens on business related issues.

English promotes educational success. Most schools in communities where English thrives as the national language teach using English. When people understand English very well, they are likely to earn the best degrees and academic success in their lives.

English builds unity. English helps the people to share their feelings, and thus people can relate excellently with the literacy English brings to a community. Therefore, English brings all the culture and diverse languages of a community together.

Many of these communities start by training their children from schools the basics of English language and how it can be structured, formulated, and composed to develop a meaningful sentence and expression of feelings. The total understanding through many years of study in schools help communities to widely use English in official duties such as in seminars, conferences, events, church programs, business transaction and analysis, cultural exploration, employment and interviews and other traveling opportunities.

The Reasons why English is Associated with Technical and Scientific Communication

The use of English as the language of technical and scientific communication cannot be overemphasized. Most technical terminologies are the basic foundation of scientific communication and they are put together in English. Several scholars had made researches, developed innovative technologies, and put all these into publications through writing in English. According to a post on ‘The Atlantic’ many innovations developed was put together in different languages, but published in a single language which is English. For example, Albert Einstein’s first influential contents were written using German language; the Work developed by Marie Curie was specifically published in French. This is because English is so prevalent in almost all parts of the world and many academic papers written in English outnumber publications in other languages.

The global power of science and technology is through the production of computers, and technological revolution and the Internet is the bedrock of science and technology today. Everything that goes on these systems is dominated by English. According to Hammond 2014, most innovative technological devices today can be traced back to the United States, and because English is the dominant language in the U.S., these devices are operated by commands in English. In addition to these, the theoretical computation and analyses of the incorporation and development of these devices are based on English, as well as the terminologies used in technical and scientific communication. For example, logic gates, capacitors, resistors, lasers, and other sophisticated technological terms are built on English. And when researches are to be done on this, publications are mostly found in English.

In some natural science and medicine, the background terminologies are etymologies of German, Latin, Greek, Dutch, and Italian language. However, national medical languages are still traced to English. According to Wulff 2004, the era of medical languages includes medical English; which is the combination of ordinary English with some admixture of medical terminologies. Some of the words used in medicine are based on English which is related to Germanic language, and has half of its vocabulary in Roman origin; the medical English formulates sentences in placing related adjective before noun words. However, more peer-reviewed research articles in the science and medical discipline still try to break down complex terms for other researchers to use. This implies that describing courses and contents in natural science and medicine requires the use of English. In many parts of the world science and medicine is taught, English is majorly taught from its basics for proper understanding of the courses involved.

The Reasons why English is Associated with Education and Employment

One of the reasons why we learn English language as a subject is to be able to communicate formally, and being able to express one’s self using the right sentence formations and grammatical functions. This is narrowed down to getting good grades, and thus, obtaining a degree before securing an employment. According to a post on the British Council website, the main driver to the learning and understanding of English is Employment. Most of the organizations in the world today have the tendency to interact with other countries – multinational companies. And this makes the use of English an important factor in many organizations.

English promotes educational opportunities and literacy. The human development is concerned with the global economy and international development. Most subjects taught in school are communicated through the use of English, and the development of a nation’s economy and literacy is based on English. According to Seargeant and Erling, “Bruthiaux asserts that development efforts in the world today is inextricably linked in academic circles and governmental efforts, and also in the media in relation to English language education.” The exploration of opportunities that takes a nation and even an individual forward is how best they can effectively communicate in English. However, since English is the easiest language to learn, it is indeed notable that the personal development for literacy and educational opportunities are embedded within books; learning English will help understand the world better.

A perfect education in English makes employees desirable to employers. High fluency in English shows a powerful brain and reflects the level of education a person has expended time, commitment, and resources in mastering it. When a person adds English as the major spoken language in the curriculum vitae (CV) for employment, there’s a stronger position and possibility securing that job, most especially when a good level of fluency in English is reached. Furthermore, English has been known as the language of business, and it’s not difficult to understand why this is so. An ambition to become an international businessperson makes the necessity to speak fluent English paramount. Most international businesses are done in English more often. What’s more, the skills of English in business makes employers desirous of offering employment to highly educated elites in top positions in their organizations. The reasons for this is for:

Business meetings: The ability to speak good and fluent English puts employees in a position where they can represent the organization at international business meetings, where several languages are present, but English would be the general means of communication. Being able to communicate in English will put a person advanced up on the career ladder of their progress.

Customer service and sales: A strong customer service helps an organization to be fully guaranteed for fast response to issues and challenges needed by their customers. The best English-speaker is always employed to attend to customers, thereby helps to build relationships with customers abroad.

Marketing and communications: In order to advertise the business (whether products or services) an organization to English-speaking countries, the use of English in the communication process is very necessary to reach out to customers effectively. The cultural knowledge acquired through English helps to pitch ideas and products to customers, as well as English-speaking countries.

The human language changes with respect to time, so is English. According to Birner, if there hadn’t been any changes in English, say, since around 1950, there wouldn’t be words to refer to fax machines, modems, cable TV, and many others. The more there are human needs to demand for change in English, change will continually remain imminent. The changes that occur are very slow and gradual, that it is hardly noticed, though there may be some complaints in the poor English usage by the younger generation. Also, when the Shakepereans books are read, it is possible not to clearly understand the writings in it, compared to the books we read these days. And if books written 500 years ago are read, it would be possibly difficult to depict the meanings easily because of its toughness. However, English will continually change and will continually respond to the needs of those who use it. Therefore, the English language is a language in progress.

The Inner Circle refers to those countries in which English is their primary and mother tongue language generally called native language. Such countries include the United Kingdom, Canada, Australia, United States, and some Caribbean territories.

The Outer Circle refers to countries colonized by the United States or British Empires, this include Nigeria, Malaysia, India, Singapore, The Philippines, etc.

The Expanding Circle refers to countries that use English as an additional or foreign language. This includes countries like China, Thailand, France, Japan, etc.