The Concept of Interpretation

According to Merriam Webster Dictionary, Interpretation is the act or result of explaining something; a certain adaptation or version of a style, method, or work; a teaching technique that puts together factual with stimulating explanatory information. Basically, this can be referred to as the act of interpreting or elucidating or translating. 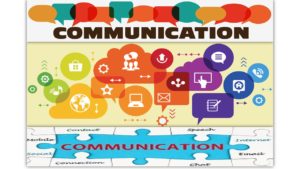 other sociocultural aspects such as by the lawyers, musicians, actors and priests, computer scientists and diagnosticians, translators and psychoanalysts, and even in the airplanes when the need to interpret clouds arose (Glaserfeld, 1983) Interpretation is a remarkable act and its core meaning is continuously used and remains unaltered wherever and whenever it is adopted.

Furthermore, effective interpretations could be regarded as an awkward word for describing the ideas of naturalists, docents, park rangers, and exhibit designers, but keeps evolving. According to the National Park Service (2001), interpretation helps visitors to understand and relate to the prevailing resources of a place, which as a result, gives them a relevant and meaningful experience. They also define interpretation as a necessary catalyst in the creation of an opportunity for the audience to develop their own emotional and intellectual connections with meanings and significance presence in the resource.  And according to Tilden, (1957), interpretation is the educational activity that is focused on revealing the meaning and relationships through using original objects in relation to first hand experience, and also by illustrative media, instead of simply communicating factual information.

Finally, in the process of interpretation, the interpreter is basically the name for someone who does the act of interpretation which  is mostly in face-to-face situations. The interpreter also performs the function of translating spoken words into sign language for those who are hear impaired. While in the parks just as stated above, the interpreter explains everything in the sights or exhibitions to visitors. Indeed, interpreters are those who help others understand the meaning of something. (Marshall, 1992)

Interpretation of Communication With Example

Interpretation is what happens almost every day, most especially in the academic environment. Basically, my experience of interpretation is in relation to how stories are being told to interpret the details of artworks. In the concept above, visiting a park, recreational environments, etc., show this method of interpreting artworks or other artifacts present in these areas.

Visiting the Metropolitan Museum of Art sometimes ago, there are different types of art exhibitions, including paintings, sculptures, mosaics, tapestries and more from various artistic and time periods or civilizations. In order to understand the roots and origin of these artifacts and antiquities, so many stories are told to explicitly define them. This is the basis of interpretation in the museum. Each time I come across any artwork that was interpreted to me through story telling, I tend to remember the origin and purpose of these artworks, thus relating the artworks to the story told. And since I had the opportunity to record the stories being told and also take photographs of the exhibits, I was able to decipher the exhibit to an extent.

Furthermore, the discussion of each of the artworks was the first approach when we were taken to each artwork of our interest. The materials, mediums, processes, authors, place of creation, and every other things that made up the artworks were significantly explained, thereby aiding a deeper understanding of the artwork. The most beautiful aspect of this experience is that when an artwork reminds me of another object in the world or even when an artwork resembles something similar to the one I saw at the museum, I was able to make sense out of what I saw. This also helped me to understand nature, history, and even mysteries better.

For every exhibition I find myself, I ensure that I look out for clues or hooks to help me get deeper meanings and understanding of an artwork. This could be obtained from the interpretation given by the conservators or the summary written on the chest of some of the artifacts. In addition to this, I sometimes use identification or description to help me story-tell when the need to personally interpret my experience at the museum to another person arises.

The conservators, however, may not be able to take visitors around every artifact in the museum, the presence of some short-narrative stories translated the meanings and understanding of those artifacts I saw. Some had titles that depicted a direct meaning, while others had short stories explained. For others I wrote down their titles, I was able to log on to the museum website and read more interpretations of the artworks which increased my knowledge.

The concept of interpretation is absolutely relevant in the museum and other exhibition arenas. One of the important aspect of keeping artifacts and antiquities in the museum is for visitors to access them and know the purpose of their existence. And this can only be communicated through interpretation from those who created the artifacts to the conservators who narrate the details to visitors who come to know the ideas behind the creation of those innovations. According to Thompson (2007), interpreting objects in museums help to know what the objects are doing there and when they came from, as well as to be able to relate unfamiliar objects to real life situations.

Furthermore, in order to ensure the artworks in a museum prescribe a set of responses and does not remain ambiguous to visitors, it becomes important to interpret them. According to “artmuseumteaching.org,” due to the ambiguity and complexity of artworks in the museum, the museum education team has developed meaningful ways for visitors to respond to and react with the installed arts. This is done in order to encourage personal reflection and physical engagement for further learning.

Finally, the concept of interpretation also encourages visitors to come to the museum. This is important because, visitors will not only come to see the exhibition, but they will be encouraged to visit the museum many more times. This is in fact the most important aspect of a museum. To have an increase visitors and revenues.

In order to enhance interpretations at the museum, I suggest more technologies  be provided to explain more about some artifacts in the museum without the intervention of the conservators. And more artificial intelligence to enhance interaction with this technology.

Definition and Types of Communication Skills