Critique of the film: Silence of the lambs 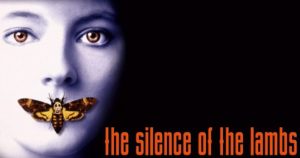 The Silence of the Lambs is an American horror-thriller film of 1991 directed by Jonathan Demme, which star Scott Glenn Jodie Foster, and Anthony Hopkins. Ted Tally adapted this film from a 1988 novel of the similar name written by Thomas Harris, another film that features the personality of Dr. Hannibal Lecter; an excellent psychiatrist as well as psychopathic cannibalistic serial killer. In the film, a young female U.S. FBI trainee by the name Clarice Starling tries to find the intelligence from the imprisoned Dr. Lecter in order to capture another serial killer, known as “Buffalo Bill” Forshaw, (2013).

Exclusively, Jonathan Demme, the director of the film, alongside Tak Fujimoto, the cinematographer, perform an excellent work to portray nearly every facet of cinematography in order to make this movie thrilling and fascinating. Different motifs of camera angle, point-of-view shots, movement, shot duration, on-screen and off-screen space not forgetting framing, all permit the viewer to feel the greatness and reality of the scenes even better. In addition to motifs, there are particular scenes in the movie that portrays Demme’s direction and Fujimoto’s cinematography prowess. Therefore, this paper identifies and analyses different figurative comparison as used in the film.

Practically, the director applies metaphors, motifs, and symbols to create meanings throughout the film.

Lamb as a Symbol in the Film in a Metaphoric Sense

One might phrase on this style perhaps in a scholarly way constantly, since it suggests ideas of saviors, atonement and perdition; though there are other techniques to contemplate regarding the metaphor of lambs.

Foremost, there is the factual elucidation. Descriptively, Lambs are attractive, innocent and deserted, requiring a caretaker for survival, and weak against the slaughterer. Therefore, Starling strained to arbitrate on their behalf, but failed.

Subsequently, Starling features as the lamb; a beautiful, innocent and helpless young woman; walking through a wicked world, with people such as Hannibal and Buffalo Bill preying on her. Rhetorically, Can she endure? Who ought to foster and safeguard her? Paradoxically, Hannibal, the known killer, serves to be partly her protector in this context. Nevertheless, she is expected to harden in order to surpass her fears and safeguard herself. Her fear stems from the phobia to succeed, which result to self-doubt; but later on, she gains her drive to overcome the fear and succeed ahead of her colleagues

In a different level, Starling takes care of stranded human sheep. Expressly, she has a duty to defend them from wolves and murderers, on condition that she dies upon her failure. Apparently, she hunts Buffalo Bill, a renowned serial killer and a cannibal.

Yet in another measure: Starling recalls every scene that she observed while she was a ten-year-old girl, but unable to figure out what motive men have to execute such deeds. She still seeks an understanding of the criminals, perhaps if she can recognize the men who murder lambs she might be able to understand the world. These are the illogical children ‘motivation, who believes in justice, decency, and good over evil. Ultimately, if she could understand why people slaughter lambs, perhaps she might comprehend the reason people murder each other, and the motive behind the killing of her father.

Psychologically, the pressure is too much in this context as Starling survival luck lies on saving the lambs. The reason why her character is believable opposing to when it could be laughable is the psychological reinforcement and the drive she has. This is observable the moment she repeatedly challenges Hannibal, though it is understandable from her desperation point of view to survive but not to resolve a crime.

The extract above defines the moment for comprehending the role lambs assumes in Starling’s life, though for a better understanding different references to lambs ought to be considered.

First, it is noticeable from the start to remind the audience about the murder of Starling’s father (a sacrificial lamb), hence she has already survived through Fortune’s hands. The evidence arises from some of the words from the flashback; such as frightened, fearful shadows strange and so on Hechtman, (2014).

Practically, this is the way Starling as a child recalls that day, a retention that is awful and strange. In addition, a huge Montana plain, and portrays this through a minor character – the little Clarice, carrying a lamb in her arms. Furthermore, the influence of words: a massive Montana plain and a minor character. Thus, this memory is the initial reason Starling became an FBI agent, and why she aim to cooperate with the gruesome criminals since she need to understand the motive behind those horrendous acts.

Motifs of patriotism used in the movie

In the film The Silence of the Lambs, different motifs have been applied to come up with the plot of the movie. The scriptwriter uses a mixture of free and bound motifs. Bound motifs are themes incorporated in a film and constitute the initial part to deliver the intentional meaning. Changing the motif in a film alters the entire film plot.

One of the very important bound motifs in the film is the use of American flag to symbolize patriotism. In the entire film, getting back to an accurately instinctive moment is nothing more unsettlingly attractive than the cage death revealing sequence, a shattered police officer laced up by flag signs, a true America spirit in the movie. In addition, the car that Clarice catches Buffalo Bill’s initial preys head in is wrapped with an oversize flag. Furthermore, during Hannibal escape and as he leaves the security guard tortured, his hands are snarled with flags and some of Clarice’s stray bullets when confronting Bill breaks a window with a small flag sitting on its ledge.

Interestingly, the death’s head moth is the most crucial symbols that appear throughout film, especially in Buffalo Bill’s house and around his victims, they include moths and their larvae. Expressly, the moth itself bears a resemblance to metamorphosis or transformation and the ability to obscure enemies. Change and metamorphism relates to Buffalo Bill, since Buffalo Bill attempts to convert to women through covering his skin from the skins he peeled off from his victims. In addition, he tries to puzzle his victims and enemies by pretending to be normal and innocent, whereby the opposite is true.

Descriptively, the lifespan of the moth symbolism take account of the egg stage symbolizes birth of an impression, the larvae phase denotes foundation, the chrysalis phase symbolizes the manifestation, and the development of wings implies the flying and exploring unfamiliar area. With regard to the film, the inception of an egg (idea) begins after Buffalo Bill apprehends the he can modify a woman’s skin to be a costume. Secondly, the foundation or the larvae implanted in a victim, refers to the corpse, this gives Buffalo Bill an opening point to amend the women’s skin as technique to change his appearance. Thirdly, manifestation is displayed after Buffalo Bill has modified numerous costumes from the women’s skin. Thereafter, Buffalo Bill aboard a flight and tours unfamiliar terrain by luring most women endlessly; he risks than before by achieving comfort with the notion of slaying and transforming completely. Due to moth’s intermittence, the Clarice Starling is able to discover customs papers associating to Buffalo Bill. They mislead Clarice to incorrect house, even if Clarice finds the right house; it is the rare moth flying about that approves her doubt that the owner is Buffalo Bill Miller, (2016).