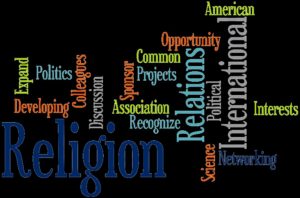 A dictionary will tell you that religion is the belief in and worship of a supernatural controlling power. According to this definition, you realize some forms of Jainism and Buddhism are omitted. Religion has several definitions, and from these definitions you realize there a number of contradictions.  Some definitions exclude practices that people engage in which they strongly regard as religion. Some religion definitions are quoted with the word Christianity hence considering others as not Religions, some definitions includes what people study, yet studies are not perceived as religion. According to James Livingston’s definition; Religion is a system of activities and beliefs directed toward that which is perceived to be of sacred value and transforming power. Nobody can fully understand the meaning of religion since it has a lot of contradictions and endless debates. Every person thinks that their religion is unique, for example Christians may claim their religion as unique compared to the other ones, same to Hinduism they will always protect their religion and perceive it as unique compared to the other religions.

Almost all religions have an organized form of history that tends to explain the origin of life, humanity and universe. For instance, Christians believes that the universe was created by God and all that is recorded in a book known as the bible. Different Religions have different practices such as music, prayer, dances, initiation, sacrifices and commemorations. An ideal type of religion has the following features; a repeated behavior or ritual, interaction with whom or what they worship, belief of some wrong deeds by human race and expecting salvation from it. As we learn more about religion, we also tend to appreciate both their differences and similarities. The common types of Religion includes; Christianity which forms the larger population of Religious believers followed by Islamic, Hinduism, Buddhism and folk Religion respectively.

Every Religion has their own form of practices. To begin with, Christianity religion is based on the life and teachings of Jesus Christ the son of Nazareth according to the New Testament bible. Christians believes in Jesus as their personal savior and the son of God who came to save the world from the bondage of sin. Christian divisions includes; Catholic church headed by Pope based in Rome, Eastern Christianity, Protestantism which used to be within catholic before the 16th century when they departed their way, Restorationism and Jehovah’s witness. Islamic Religion is based on the study of Quran. Same to Christianity who believes in Christ, Muslims also believes in Prophet Muhammad (SAW) whom they call his name whenever they worship. Islamic specifically started in Arabia; Prophet Muhammad (SAW) discovered and revealed the Islamic faith to humanity. Islamic faith has different denominations which includes; Sunni Islam which is the largest denomination that follows Quran. We also have Shia Islam which is the second largest Islamic denomination that emphasizes most in Muhammad’s (SAW) family. Other Muslim denominations include Ibadi, Sufism, Quranism, Mahadavia and many others. Indian religion or Hinduism is an ancient religion that is still active till date. Hinduism is mainly practiced in India and Nepal. I can say Hinduism is a beat different from other religions, Hinduism has no single founder like other religions, no specific set of scriptures and commonly used type of teachings. Finally, another rare type of religion is Buddhism. This religion dates back to 2500 years ago; it’s a religion close to 300 million people across the world. Buddhism is more of wisdom and philosophy. Buddhism tends to explain the reason for living and inequality around the world, it also encourage practices that can lead to true happiness around the world.

Study of religion is faced with some critical issues that interferes with its study and contradict the religion and beliefs leaving the believers in dilemma. Its unanswered question whether one can really understand the concept of religion if he / she is not a believer. This means the study of Christianity, Hinduism and Buddhism should be left to its practitioners, those who understand it best. Another critical problem facing religion is terrorism, for instance, Islamic religion is associated with radicalizing youths into terrorism. Terrorism is currently a major problem facing the world today. Adding on this, there’s always a religion rivalry between the Muslim and Christianity. We’ve witnessed a number of cases where Terrorist spare the life of Muslims and kill other victims. This has been a major problem facing the religion.

Academic study of religion currently faces a challenge that has been a hindrance to making it an intelligent field of study to allow gathering of known information. This is contributed by the different definitions of religion that hence contradict each other. Series of attempts have been made by different scholars to solemnly get the one definition of religion.

Human experiences and cultural developments. It’s in order to understand the current culture and how it changes. As a person of faith, you will be able to respond and react to this new culture and even fit within it without losing your faith. Another key issue in the study of religion is the globalization. Social scientists claim that the context of globalization should replace the ancient cultural perceptions. That people should refer to this period as globalization age rather than postmodern period. Social scientist want religious educators to adopt this concept so as to contribute in the taking the current generation to the third millennium. Another critical part in the study of religion is based on the argument of Schweitzer on religion and globalization. He claims that due to globalization, religion can be privatized; he argues that life can continue without religious leaders and their place should be in the sphere. In conclusion, different people have different religion; anybody’s choice of his / her preferred religion should be respected.