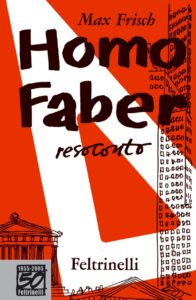 The importance of literary works cannot be gainsaid as far as shaping the views and ways of life of individuals in the contemporary human society is concerned. Indeed, literary works have been widely used by their composers to outline the ills that plague the societies within which they live, as well as plant the seeds or ideas of ideal societies that can be created through making some changes in the ways of living. It is, therefore, no wonder that literary works have influenced or triggered some of the most radical social changes in varied societies (Belasco, 2008). It goes without saying that different artists, poets, playwrights and even writers have varying degrees of success and popularity depending on the extent to which individuals can identify with the works. Of particular note is the fact that the works may have numerous themes, some of which can be controlled while others cannot. This is the case for the theme of death in Max Frisch’s novel, “Homo Faber”. The theme of death, in this story, is aimed at outlining the fact that death is always present and that individuals should weigh the things that they have and determine the things about which they should care about.

Homo Faber revolves around the life of a technologist and engineer named Walter Faber, who works with UNESCO in New York. However, Walter travels widely across South America and Europe in the course of his work, a situation that essentially drives the plot of the story as he never manages to get married. Indeed, the girl with whom he has been in love (and who is pregnant for him) is hesitant to get married to him. He leaves for work in Baghdad after which they split up with the girlfriend Hanna, who has agreed to abort the baby (Frisch, 1959). Some years later after returning to New York, Walter takes an unplanned cruise to Europe, and meets a young woman named Sabeth. His proposal to her at the end of the journey does not materialize as she is traveling with a male friend. Later on, Walter and Sabeth meet in Paris, upon which they take a road trip across Europe. When he asks her what her mother’s name was, she says its Hanna, upon which he hopes that Hanna aborted their child. It soon turns out, however, that Sabeth was indeed his daughter (Frisch, 1959). Unfortunately, Sabeth goes visiting her mother and is bitten by a poisonous snake and dies. Eventually, Walter ends up with Hanna after realizing the varied opportunities that he missed.

Indeed, death underlines the helpless nature of human beings to it and the fact that human beings have no option but to surrender to it. For instance, Walter Faber, when in a plane heading to Mexico is faced with the option of going to see his long lost friend Joachim, with whose brother they were sitting together in the plane (Frisch, 1959). Initially, Walter had feigned ignorance and did not want anything to do with the brother (Herbert). However, when the plane makes a forced landing in the desert, Faber decides to accompany Herbert who is going to visit his brother. Unfortunately, they find that Joachim had hanged himself, an incidence to which they cannot do anything other than resign themselves to it. The only thing that they could do was film the body, which had been preserved, and bury it. Indeed, Faber goes back to New York (rather than heading to Mexico), while Joachim stays behind to manage the plantation left behind by his brother.

On the same note, death is seen as present in almost every situation that man encounters. This fact is underlined by the numerous incidences with which Walter Faber grapples. First, there is the death of Walter’s long lost friend months before Walter and Herbert could go checking on him (Belasco, 2008). In addition, Walter becomes friends with his own daughter (unknowingly) and while on an adventure, she is bitten by a snake, in which case he really struggles to get her to hospital. While she does not die from the snake bite, she succumbs to a fracture she obtained when she fell down a cliff after being bitten by the snake. Underlining the ever-present nature of death is the symbolism of Hanna’s bathtub, which takes the shape of a coffin. This underlines the fact that human beings are faced by death in almost every circumstance and may have nothing to do other than surrender to it.

As much as human beings are wired to fear death, it also teaches them the things that they should value and the importance of maintaining connections with the important people around them. Of particular note is the re connection that Walter made with Hanna after the death of Sabeth (Belasco, 2008). The grief and devastation that both of them shared after the death of Sabeth leads to their re connection and causes them to forget all the things that they have done that could have hurt the other person. This is compounded by the prospects of death of Walter after the discovery of the stomach cancer from which he is suffering.