Whether Marijuana Should be Legalized In The USA

Argumentative Essay on Whether Marijuana Should be Legalized 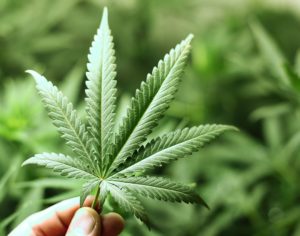 The legalization of marijuana is a controversial issue that has raised many questions in the United States. Possession and use of marijuana in most countries in the world is considered as illegal. The law punishes the people who are found in possession of the drug. The punishment usually depends on the quantity that one possesses. Today, some countries have legalized the use of marijuana in small amounts. For instance, some states in the United States such as Washington and Colorado have legalized the consumption and possession of marijuana for medicinal purposes. In this paper, I would seek to clarify why marijuana should be legalized and the reasons why it should not be legalized.

Marijuana has several health benefits compared to other drugs such as tobacco and alcohol. It is used in the manufacture of drugs which are used for medication. Legalization of marijuana would mean better and quality health standards for people. For instance, Sativex made from marijuana. It has been utilized in the United Kingdom to treat multiple sclerosis. Therefore, if the drug is banned, people suffering from the disease will be disadvantaged. Marijuana is also used to carry out cancer chemotherapy. It is used to induce extreme vomiting during the therapy. Moreover, it is used to treat those who are suffering from asthma since it helps to open up the lungs. Marijuana is also used to manufacture anesthetics that are used during medical surgery. It is used as anesthesia to reduce the pain during surgery. In this case, marijuana should, therefore, be legalized since it has several health benefits to those who are suffering from different ailments.

The legalization of marijuana will provide additional revenue to the government. Today, the criminal gangs are the people who control the marijuana business in most parts of the world. If the situation is changed and the drug is legalized the government will find a new source of tax that would, in turn, increase its revenue. This is because the government would control the trade and will be assured of all the income from the sale and consumption of the drug. Today, 55 percent of the Americans are for marijuana legalization. In this case, the government should consider their plea and legalize the drug for the benefit of its citizens and the society as a whole. Legalizing marijuana will allow the country to avoid the deleterious consequences of prohibition. For instance, the police will not spend thousands of dollars arresting and imprisoning those who smoke marijuana. It has been proved that those who smoke marijuana are law abiding. Most of them who have been unfortunate have spent several years in prison as a result of possession and consumption of marijuana. The imprisonment wastes the country of productive people who can engage in other useful economic activities.  Enforcing laws on possession and use of marijuana costs the United States around $3.6 billion annually. The police officers also waste a lot of time arresting and booking those who are suspected of possession and consumption of marijuana. The suspects also spend a lot of time appearing before the judges in the court multiple times. Therefore, legalizing marijuana will save the country of its resources utilized by the police force and the courts handling those suspected of possessing marijuana. Besides, the future employment prospects of young people will not be affected by having negative criminal records.

Legalization of marijuana will not lead to increased usage. Controlling the usage and consumption of the legal drug is easier compared to managing the use of illegal drugs. For instance, the government has controlled the use of alcohol and tobacco among high school students. The government should impose standard regulations with effective marketing campaigns to bar teenagers from consuming the drug rather than making it illegal. If it is legalized, it would it be easy to control its consumption by putting in place policies that regulate its use.

Other legal drugs such as tobacco and alcohol have adverse health effects compared to marijuana. It should be noted that marijuana is less addictive compared to alcohol and tobacco. Moderate consumption of marijuana does not have health effects to the user compared to either alcohol or tobacco. The effects of marijuana are usually mild and euphoric and do not cause any health risk to other people. On the other hand, alcohol turns its user’s domestic abusers, maniacs especially behind the wheels and barroom brawlers. Moreover, marijuana has never been linked to any serious ailment; the way alcohol is linked with liver cirrhosis and tobacco with cancer. Scientific experts have proved that marijuana increases the rate of heartbeat and the amount of blood that flows into the heart. In this case, it makes one active compared to alcohol which causes dizziness. Therefore, legalizing marijuana will be more beneficial to the society compared to other drugs which are considered legal such as tobacco and alcohol since it has few health hazards.

Not everybody supports legalization of marijuana. There are those who believe that it has adverse health effects and impacts negatively on the moral fabrics of the members of the society. If the drug is legalized, many people will become addicts and engage in various criminal activities. Besides, the drugs will be sold cheaply thereby increasing its consumption. Without proper policies, many teenagers may become addicts to the drug making them not to concentrate on their studies. Marijuana is also linked to other diseases such as cancer of the throat, lung infections, depressions, and cancer of the esophagus. In this case, it would increase the medical cost incurred in treating and rehabilitating marijuana addicts. As such, the drug should not be legalized.

In conclusion, marijuana has adverse effects on the lives of both users and those who do not consume it. In this case, it should not be legalized since it would lead to increased rates of criminal activities in immorality in the country. Other than the health benefits, the adverse effects of marijuana outweigh the benefits. It has negative consequences on the health of those who consume it. As such, it should not be legalized.

Would America Be a Better Place if Marijuana is Legal