Would America Be a Better Place if Marijuana is Legal 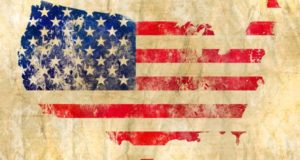 The legalization of marijuana is a controversial issue that has raised a lot of concerns in the United States. There are some states in the US which have legalized marijuana in small amounts. Marijuana is considered as a hallucinogen, and the government is trying to control its use so as to reduce its deleterious effects. Therefore, legalizing marijuana in the US would make the country a better place. This is because fewer children would be motivated to use the drug and the states would get more revenue from taxes imposed on the drug.

The given book discusses the various benefits of legalizing marijuana. The given material highlights some of the advantages of marijuana such as suppressing pain for those who are suffering from cancer, HIV, and multiple sclerosis among other diseases. The study depicts the effectiveness of using marijuana in treating anxiety resulting from arthritis. There are various states in the US which have legalized utilization of the marijuana for medicinal purposes. According to this book, the authors believe that marijuana helps sick people in several ways. There are countries which have established clinics and dispensaries where patients can obtain marijuana by using their medical marijuana cards.

This material is helpful since it has proved that marijuana is effective when used for medicinal purposes. This material is relevant for this study since it outlines how marijuana can be used to cure people of various ailments. As such, the book supports the idea that legalizing marijuana would make America better since the raw materials required to manufacture various drugs for the treatment of different diseases can easily be obtained.

Barcott, B. (2015). Weed the people: The future of legal marijuana in America.

Bruce Barcott authors this book. It outlines how it would change the US economic terms and make the country a better place. It is useful for this study since it allows one to have a look into the future about the impacts of legalizing marijuana. The author utilizes various case studies and thus making it an authentic source for the research.

This book provides reasons why marijuana should be legalized. It compares marijuana to other drugs such as tobacco and alcohol which have been legalized. The author asserts that marijuana is risk-free compared to alcohol and tobacco. The given material is helpful since it outlines the benefits of legalizing marijuana. According to the author, if the drug is legalized cases of criminal activities would go down, and the children would not be motivated to use the drugs.

This article is useful for the research since it outlines various ways America would change if marijuana is legalized. The author asserts that the number of people being put behind bars would reduce. Besides, the government would not spend funds to prosecute those who are found in possession of marijuana. Therefore, the article outlines various reasons that should warrant legalization of marijuana. This article is useful for the study since it will help in determining how legalizing marijuana would contribute towards making the US better.

This article is useful since it describes both negative and positive effects of marijuana. As such, it is helpful to the study since the researcher will be in a position to determine how the drug will impact on the lives of the American people if legalized. According to the author, America would be a better place because people suffering from different diseases will have the opportunity to grow marijuana for medicinal purposes. As such, the cost of medication would go down.

From the articles discussed above, it is evident that the authors advocate for marijuana to be legalized. This is because of its medicinal purposes. Besides, legalizing marijuana would enable the government to save a lot of money used in prosecuting those who are found in possession of the drug. Therefore, legalizing marijuana would contribute to making the US a better place since the number of drug arrests would go down and open prison space for violent offenders.

The author of this book describes marijuana as a dangerous disease that should not be legalized. This statement is contradicted when the author asserts that some states exaggerate the dangers of the drug. He implies that the law on the production and consumption of the drug should be applied evenly. The author shows that enforcement of laws on the consumption of marijuana is wasteful and ineffective. Ruschmann who is a renowned researcher and writer believes that the laws on marijuana should be relaxed for the good of the society. The lawmakers in various states of the United States should imitate countries that have adopted liberal policies on marijuana. The liberal policies would help the government to protect its people from harm related to drug addiction. Ruschmann provides readers with the legal opinions and statutes to explain the contentious issue concerning legalizing marijuana.

The author ascribes to the idea that the laws concerning the use of marijuana should be strictly implemented to reduce the effects that it causes to the non-users and the society as a whole. If the laws are implemented, children will not find it easy to use the drugs, and this would reduce criminal activities in the US. Ruschmann provides a broad analysis of the impacts of relaxing the marijuana laws. He explores the pros and cons of relaxing such laws. He urges the law enforcement officers to apply the law effectively so as to maximize the benefits of marijuana.

The author of the book utilizes various case studies and legal opinions to explain the reasons for legalizing marijuana. Ruschmann relies on archival research and personal experience with the US laws concerning utilization of the marijuana. The book is reliable since it outlines the advantages and disadvantages of relaxing laws governing the production and consumption of marijuana. As such, the public are at liberty to make choice on how they are going to use the drug. The book fits the academic literature on this topic since it outlines the role of the law enforcement officers on the usage of marijuana. In this case, it is the responsibility of the officers to ensure that the laws are implemented effectively for the benefit of the society.

Also Study: Whether Marijuana Should be Legalized In The USA

Barcott B. (2015). Weed the peopleThe future of legal marijuana in America.