The Conundrum of Non-Criminalization of Marital Rape in India

“Mother, he raped me!” uttered the girl dejectedly, “But he is your child’s father!” whispered her mother, and tears welled up in her eyes as she anticipated that at least her mother would understand her plight. Well, this would not have been the conundrum if marital rape had been criminalized in India.

Marital Rape or Rape in marriage is a serious societal issue that has received very little importance over time, and it is a prevalent form of violence against women. It is unwanted intercourse obtained forcefully without the consent of the female partner. Over the decades, the marital rape exemption is recognized and heard of as a crime. Confident analysts have criticized the immunity as it violates the “Law of Equity.” With the accumulation of evidence and facts, it is observed that Marital Rape is not just a crime but also a persistent problem in a large number of marriages. 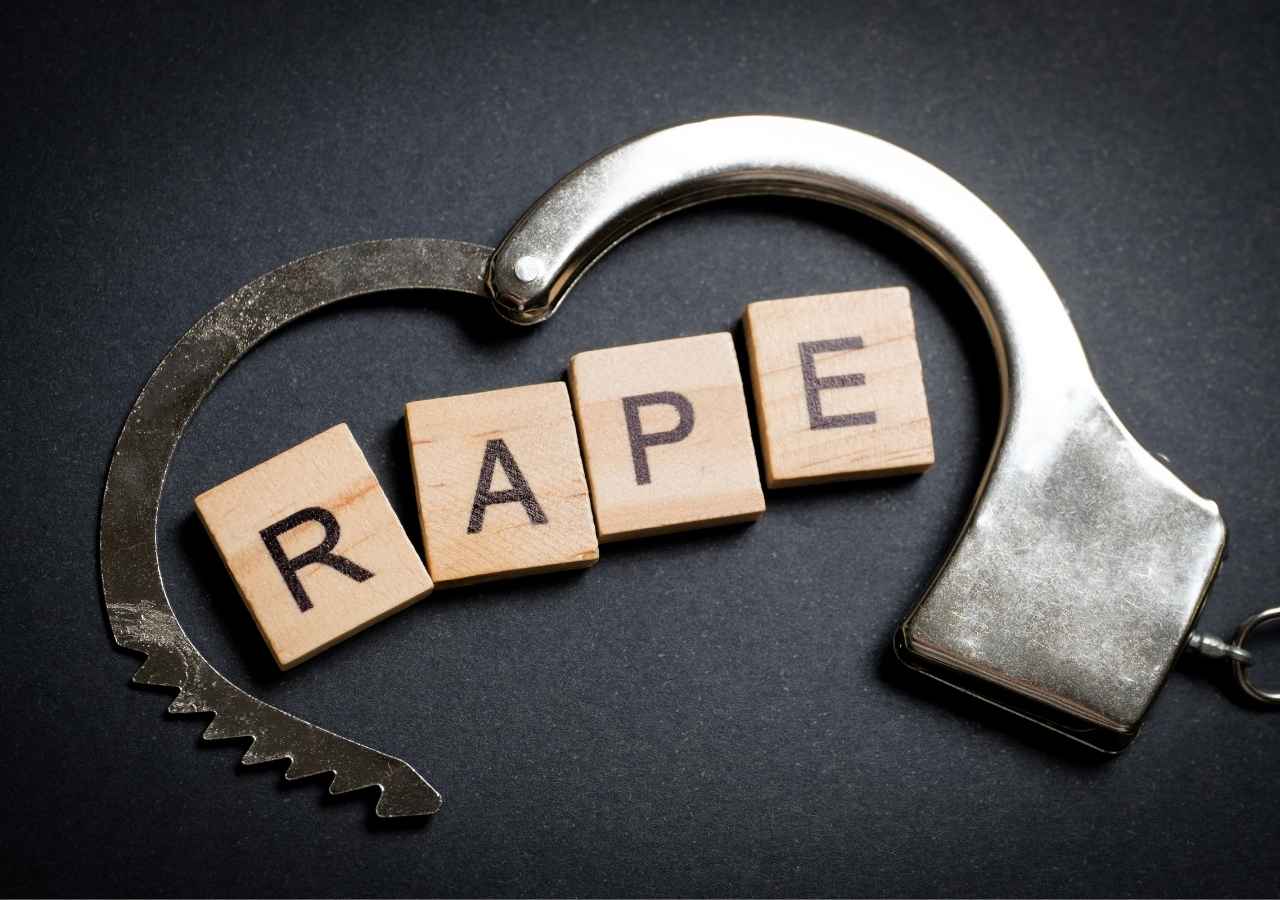 Dated back to the 18th Century concept and the ‘Unities Theory’ laid down that rape is a property crime committed against another person, which meant that marital rape does not exist as one cannot commit a crime against himself. The traditional beliefs and the patriarchal system have widely affected the minds of the people. Even the concept of ‘wifely duty’ is based on the assumption that the wife has to satisfy her husband sexually. When the Indian Penal Code was drafted in the 1860s, a married woman was not considered a legal entity and had no rights that are now guaranteed to her. Exemption two that excludes women from taking action against their husbands for rape is primarily influenced and derived from the “Doctrine of Converture” that demands the merger of a woman’s identity with her legally married husband.

The reason for the non-criminalization of marital rape could be traced back to the British colonial rule in the Victorian era. Current Indian laws are the adoption of English laws and Victorian regulations. The marital rape exception to the IPC’s definition of rape is based on Victorian patriarchal norms that even forbids married women to own property, but with modernization, Indian laws have been amended providing married women with an exclusive and independent legal identity and the modern age much of jurisprudence is concerned with women’s protection but still fails to recognize marital rape as an offense.

Current Legal Framework and The Need for Change

Rape is defined and codified under section 375 of the Indian Penal Code (“IPC”), which includes all forms of sexual abuse, including non-consensual intercourse with a woman. However, there is an exemption to section 375 which articulates that non-consensual intercourse with a wife, above 15 years of age, would not amount to rape. Later, in the case of Independent Thought v. Union of India, the Supreme Court of India has increased the age of consent for sexual intercourse in marriage to 18 years. Before the verdict, the sexual act committed by a husband against her wife aged above 15 years, did not amount to any offense. The court also asked for legal reforms to prevent and address violations of women’s rights against child marriage. However, the court refrained from dealing with the issues of marital rape of a woman aged above 18.

Under the current Indian society, after entering into a marital relationship, a wife is deemed to give her consent to sex. If women’s rights are taken away after marriage, then marriage itself would be a violation of the fundamental rights guaranteed under Article 14 & 21 in the Constitution of India. In the State of West Bengal v. Anwar Ali Sarkarhabib, the Supreme Court held that under Article 14 of the Constitution of India, any classification is subject to reasonable examination that could only be passed if it draws a rational connection for the goal that the act tries to achieve. Excluding a husband from punishment is utterly contrary to the very goal. In short, the consequences of rape are the same whether the woman is married or not. It can be noted that there are exceptions made but no rigid laws regarding marital rape. India is one of the thirty-six countries in the world where marital rape has not been criminalized yet. However, non-consensual sexual intercourse is considered as a crime in almost every country in the world.

In India, where women are regarded as goddesses, the biggest irony is that every two minutes, a case of crime against women is reported in India. According to the National Crime Record Bureau report, in 2013, most crimes against women were committed by their husbands. Following this, according to the UN Population Fund report, two-third of married women in the age group of 15-50 in India had been subjected to forced sex, physical violence, torture, and dowry demand. Poland was the first country to criminalize marital rape in 1932 and included it as a criminal offense in their constitution. Australia is the first common law country to criminalize marital rape. Since the 1980s, many other countries have criminalized marital rape. Some of these countries are Canada, United States, Malaysia, and South Africa.  Thailand criminalized it in 2007 while South Korea and Rwanda in 2009. The criminalization of marital rape now indicates that it is a violation of human rights. In India, rape in a marriage is still not considered as a violation of human rights.

Marital rape has both psychological and physical impact on the victim. It was observed through the research that the victims of Marital Rape experience emotional pain, nightmares, and inability to trust and becomes fearful and tends to blame themselves for the rape. Husbands forcefully make their wives pregnant without their consent and force them to have a child when she is not ready for it.  In Suchita Srivastava v. Chandigarh Administration, the Supreme Court of India held that the right to reproduction is also a dimension of the right to personal liberty guaranteed under Article 21 of the Indian Constitution. It is analyzed that most of the women who are victims of marital rape are even experienced physical violence repeatedly. Victims suffer from soft tissue injuries, bumps, tenderness, and abrasions. Researchers have shown that the victims suffer from psychological problems and disorder in which the most prominent ones are depression and post-traumatic stress disorder symptomatology.

Marital rape has a devastating and everlasting effect on the children. Personal accounts of victims of marital rape suggest that children often witness sexual assault, screams, and plight during rape. In Oregon v. Rideout, in 1978, John Rideout was accused of raping his wife Greta Rideout in front of his two-year-old daughter. He was found guilty of first-degree rape. He was convicted and was sentenced to 16 years in prison. It was the first case in the United States that led to the criminalization of marital rape.  It is observed that raped women are more violent to their children, and they become victims of their frustration. In some instances, even children are coerced to involve themselves in sexual activity. Studies show that children who witness physical abuse between their parents in childhood are more likely to be involved in the same act as adults.

Marital rape has not been criminalized in India yet. Even today, the culprits are set free. It’s high time, marital rape should be criminalized with a rigorous punishment. It should be declared as a ground for divorce in matrimonial laws. Marital rape cases must follow the standard rape protocol, which includes careful documentation and legal instructions. Victims of marital rape should receive medical, mental, and social assistance services for addressing posttrauma difficulties. If a case is filed, police officers must immediately help transport the victim for a medical test. Recognizing the issue of marital rape and educating the community on marital rape and its victims.

Rape is less of a sexual offense than an act of aggression aimed at humiliating and outraging a woman. The doctrine of marital exclusion in rape has represented that a married woman is effectively deprived of her right to bodily self-determination concerning personal choices, that is, consent to sexual intercourse; therefore, it should be considered unconstitutional. To better assist marital rape victims in the future, efforts to understand, research, educate, certify and treat victims of this heinous crime must be taken seriously by medical, mental health, social service, legal professionals. Patriarchal power structures view marriage as a license to legitimate unwanted sex. There is a complete denial of a woman’s self-worth. Marital rape also has devastating effects on the children, which may harm their future. Efforts should be made to provide the victims with health as well as social service assistance. A crime so brutal should be criminalized.