What is Admiralty Law

Admiralty law, which is also called maritime law, is a body of both domestic and private international law that governs marine offences and malpractices (Jason, Chuah, 2011). The law governs marine activities like, commerce, shipping, seaman, cargo and passengers towage, peers, wharves, docks, insurance, maritime lines and inland waters (Schoenbaum, Thomas, Jessica, and McClellan 2012). This law is different from the law of the sea which is the body of public international law that governs navigational rights, mineral rights, jurisdiction of coastal waters, and international relations. The major role of admiralty law is to govern the relationship between private and public enterprises that operate ships or all kinds of vessels on the sea (Schoenbaum, Thomas, 2011). Admiralty laws bind the ship owners to take the responsibility of taking reasonable care for passengers injured while on the ship, and also take liability for damage of cargo or the ship itself while on shipment. All involved bodies in shipment of cargo like banks and vendors find a way through the admiralty courts to sue or file a lien against the ship owner to ensure that he/she pays them incases where they loan money or provide the goods or fuel (Costello, Kevin, 2010).

From the facts in the essay non-cargo related liabilities which arise include, injured seaman, ship collisions, and maritime pollution.

The case provides that the master and the crew of the seeker were rescued by a passing passenger ferry which was moving to the nearby Isle of Wight. Due to collision both ships also were damaged badly whereby the seeker was extensively damaged losing all its cargo and Tripoli was also damaged but some cargo were recovered. 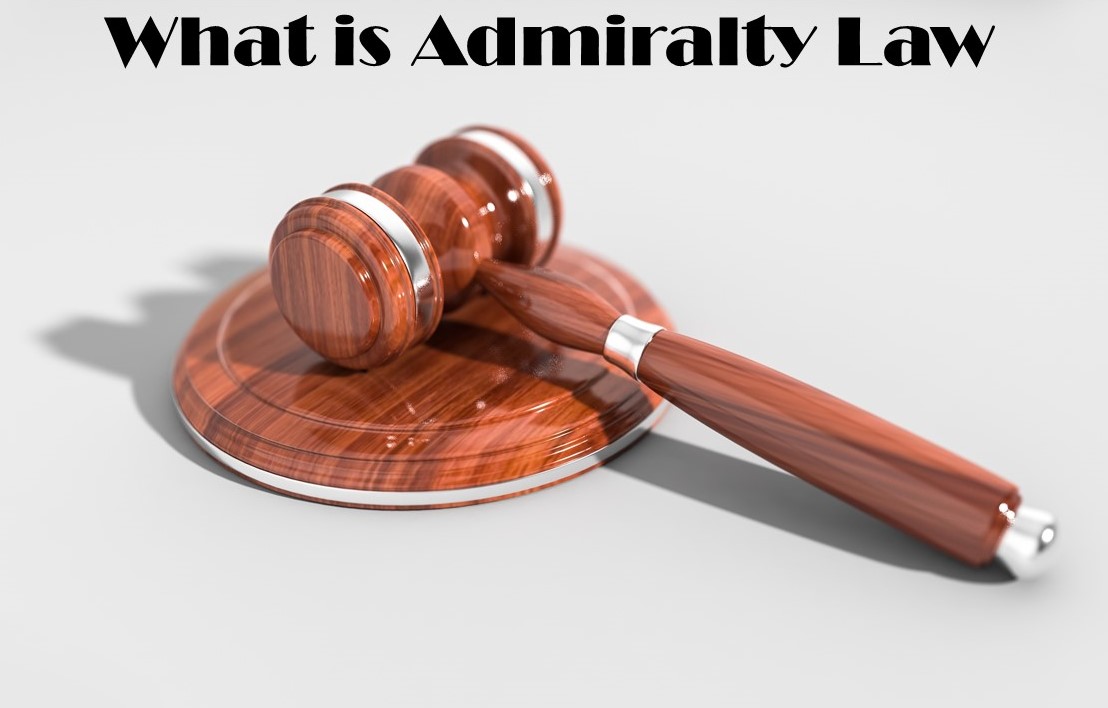 Another non-cargo liability is pollution of the marine water. Tripoli was carrying harmful drugs pesticide and when they collided some containers with the pesticides fell into the sea hence polluting the environment

Ship collation is another liability that must be prosecuted. Tripoli lost control due to double wave and collided with seeker ship causing an accident.

The police closed off the beach area preventing people from reaching to a local sea-front café. This could are trespass on the property of the hotel and the police are liable to answer. The above information is heavily evidenced and supported by the case that prevailed between Paparo verses M/V ETERNITY, First Circuit Court of Appeals, January 5, 2006 , Longshore & Harbor Workers’ Act  also the case between Boating and PWC (Personal Watercraft, Jetski) Accidents has got valuable information to support the argument above on non-cargo liabilities.

How should any of the injured parties affect their claim?

This case which occurred in January 2011 supports the following argument.

Under admiralty the ship owner is under the obligation to take care and provide medical care, free of charge to a seaman injured while working for the ship until the seaman attains maximum medical improvement. The obligation to take care of the sea man includes providing medical care or medical devises that will in one way or another try to improve his ability to function. Passengers who are injured while aboard on the ship may effect their claim by suing the ship owner since he owes them a duty of reasonable care (Maraist, Frank, Thomas,  Galligan, and Catherine, Marist.  2010).

Any one party who feels that mutiny or any other form of crime has been conducted on his/her and has tangible evidence then he is permissible to sue the offender before admiralty courts.  Alleged violation of rules governing the shipping lane, rights-of-way maritime contracts and commerce by one party provides a basis for the offended party to seek a court order / hearing for protection of his/ her rights (Robertson, David, Steven, Friedell, and Michael, Sturley 2008).

UK case admiralty case in the link below has best lessons to draw from concerning salvage costs of the vessel. Its verdict is interesting and can greatly help in future decisions on such cases.

Salvage claims can be made by the ship owner if admiralty laws are met. One crucial point under salvage is that the ship owner has the first priority to salvage the vessel and its goods. But if the owner of the thing which have been lost does not wish to salvage the cargo and the ship does not cause any risk to the environment, he has the right to deny somebody else to salvage the goods (Darlington, Sarah, and James, Turner, 2007). In cases where the owner of the cargo intentionally abandons his claim to property, the salvage crew may be given the right to keep the property according to admiralty law within that jurisdiction.

Before the claim for salvage award is made the following two conditions must prevail/met. First, the goods must be in peril and second the salvager must be working in a voluntary capacity and not in the line of duty (Robertson, David, Steven, Friedell, and Michael,  Sturley   2008)..

Financial institutions that lend money to purchase ships, seamen who have due wages, vendors who supply ship with necessities like fuel and stores have a lien against the ship to guarantee their payment. Incase the ship fails to pay it is arrested or seized to enforce the pay. This action of enforcing alien is conducted by admiralty courts (Mandaraka-Sheppard, Alexandra, 2007).

When a person other than the owner rescues property that gets lost at the sea, the rescuer has the right to claim a salvage award on the saved property. Salvage claims apply only to property since life has no salvage. All mariners have the right to save lives of other in peril.

Critically evaluate the extent to which the LOF 2000 facilitates salvage claims.

UK Admiralty Law: Is the Principle of The Amerique Applicable to All Types of Salvage Cases : http://admiraltymaritimelaw.blogspot.com/2010/01/uk-admiralty-law-is-principle-of.html

The above UK admiralty case has got rich information and it helped me in critically evaluating and coming up with this argument on LOF2000 and salvage claiming.

Lloyd’s open form of salvage agreement is the most widely used salvage contract and it incorporates the principle of “no cure-no pay”. LOF 2000 comprises of a single sheet of paper containing a box lay out where essential information like the mane of the ship and the identity of the salvage contractor will be inserted. Just below the layout box on the opposite side of the document, there is a clause with twelve letters and two information notices (Darlington, Sarah, and James, Turner, 2007).

LOF document is an advancement of LOF 1995 and it has addressed important points concerning salvage payment and claim. LOF 2000 was forms by a group of experts including, shipping insurance, legal communities and numerous organizations whose concerns were on salvage claims under LOF. Current issues over salvage claims have been addressed in this form and they include;

Initially, in the English law personal effects and baggage belonging to passengers’, master and the crew of the ship were not regarded as liable to pay for salvage. Instead only passenger’s baggage stowed in the hold and not required on voyage was recognized for salvage. The international salvage convention wanted to alter that but Lloyds form working party agreed that for the sake of LOF personal effects should be exempted from payment of salvage. These exemptions should also include private motor vehicle accompanying the passenger together with its contents.LOF 2000 provides such a provision (Darlington, Sarah, and James, Turner, 2007).

Parties to LOF have been in many years had it possible to select the currency in which salvage remuneration should be paid. However, LOF has provided that incase there is no agreed currency of payment then remuneration should be paid in pounds steering. Despite this fact many people find it easy to pay using us dollar hence LOF 2000 provides that if there is no alternative currency is agreed upon salvage remuneration can be made via US dollars. (Schoenbaum, Thomas, Jessica, and McClellan 2012)

Alof2000 obliges the owners and masters to cooperate with salvors in certain important respects. Salvage personnel must be provided with full information so that salvage operation is done properly to avoid dangers of human life, property and the surrounding which such cargoes may cause. The information the salvors must be provide with include, plans, stability data and any relevant information (Robertson, David, Steven, Friedell, and Michael, Sturley   2008).

LOF 1995 clause 4 gave the ship owner the right to terminate the LOF when no reasonable prospect leadind to salvage award missed. LOF 2000 conferrers the similar right to the salvors that previously lacked the mandate to terminate an LOF contract. This makes the ship owner and the salvors to be equal so that they have equal bargaining power on salvage award (Schoenbaum, Thomas, Jessica, and McClellan 2012).

LOF 2000 provide the provision of giving a practical solution to the difficulty of knowing when the salvage services can be claimed to be complete. Once the salvaged property has been kept save or taken to the agreed place of safety the salvors have a right to treat their services as done if; continued skilled salvage services are not necessary to avoid the property becoming lost or significantly further damaged. And they are not required by any authority, agency or government to remain in attendance to satisfying their requirements (Robertson, David, Steven, Friedell, and Michael, Sturley   2008).

LOF 2000 provides the platform where contracts and salvage are recorded. Under this contracts, compensation is based on the no cure no pay principle. This implies that if the salvor does not salvage anything then they will not be paid. However, special compensation is made to the salvos for ma king efforts to save the environment or property even though in vain.

LOF 2000 contains articles13 and 14 as a reference in English law. Article 13 details salvage claim by salvos while article 14 details compensation criteria for the salvers. All this is prepared to make compensation award and salvage claim easy and faster (Mandaraka-Sheppard, Alexandra, 2007).

LOF2000 in a way gives the salvos more powers in the present than it was in the past. The rights which ship owners enjoyed in determining the compensation award of salvage and termination of contract are now confirmed to salvers. This has improved salvage claims significantly and has as well solved many conflicts between passengers and the salvos. (Mandaraka-Sheppard, Alexandra, 2007).

With every thing that seems to be developing within this subject matter, many of your viewpoints happen to be very refreshing.

Thanks for the sensible critique. Me and my neighbor were just preparing to do some research about this. We got a grab a book from our local library but I think I learned more from this post. I am very glad to see such wonderful information being shared freely out there.