Home > Subjects > Law/Legal > What is Victimology and Victimization

What is Victimology and Victimization

It is a study that majors on the psychological effects that affect the victims of crime based on witnessing or even having been directly involved in a way with the offenders. 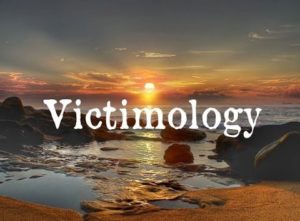 It states that the more exposed an individual is to an environment prone to crime, the higher the chances of an individual to become a victim of a crime.

Unlike in other theories like the precipitation theory where the victim influences the crime by passively or actively facilitating the act, here all are victimized as a result of their presence in this crime prone areas.

It is advisable to every individual to try avoiding going in such places for the sake of minimizing victimization.

The theory finally suggests that taking safety precautions in such environments may sometimes be of very little use since it is majorly based on the neighborhood and not the lifestyle choices that affect victimization thus proposing that if an environment is deviant, the only solution minimizing the risks of becoming a victim to it would be to leave the neighborhood for another place which is less prone to crime or rather less deviant.

It is majorly depicted in cases of homicide, robbery, rape and in some cases rape crimes

This happens when victims tend to indulge in acts that result in provoking the offenders in one way or another.

Examples of active precipitation include the following

Use of threats: this has been proven to be one of the ways that initiate victimization offenders tend to react violently towards threatening situations.

Attacks: when offenders find themselves in situations where their lives are at some kind of risks they always tend to react in violent ways that as a result initiates victimization. A good example is the attacks on administrators who were ferrying food and other charitable goods to refugee camp and unfortunately ended up being attacked. Such cases have increased

Gestures: Our action in terms of the image we create in some cases has resulted into victimization in assault cases such as rape and even cases of violence. Taking for instance the mode of dressing has in some instances resulted in rise in rape cases as the offenders cling to the excuse of being provoked by the dressing modes thus leading to rise of victims in such assaults

The challenges facing institutions that help in compensations of such victims include the following;

Raids: There has been some cases where attacks have been made on such institutions that has resulted to loss of the intended finances thus delaying the compensation program

Corruption: Cases of corruption have become challenging in government institutions as some personnel’s have ended upon squandering the finances foe their own benefits.

State budget strains: This has also been a major problem as allocation of such finances has been a problem due to project stains within the countries economy thus creating a gap in the compensation efficiency.

Legislations: Calls for amendment of laws to guide such programs has been have been stalled for long thus reducing the bargaining power or actualization of such programs. The political difference in the legislative house has not been effective to unite in amending such important laws to guide the programs

Increased claims: There has since been rise n claim cases in the country that has created a challenge to satisfy all the victims of crime due to insufficient funds allocated for such programs thus becoming  challenge in the institutions responsible for the task ,this demands have become a strain to the program. for instance people have reported many cases in police stations recently on claims of brutality with no sufficient evidence on such.