Kinds of Punishments in Justice System in America Summary

The law is the key to maintaining the justice and sustainability in a government or a country. Law and justice systems help public live with a managed and supervised life. The purpose of the punishments is to maintain the check and balance in law. In addition, it helps in maintaining the law as the people will know that crime can lead towards punishment and can towards death.

In American justice system, there are many kinds of punishments and they all have some specific 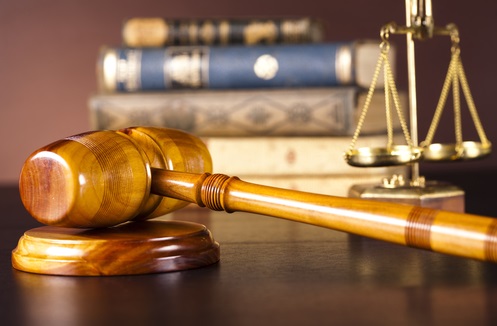 goals. The basic goal behind each sentencing is to maintain law and stop the people of committing the crime (Bond and Jefferies, 2014). Specific and general deterrence is the first kinds of sentencing. These kinds of sentencing fulfill the role of prevention from crime by freighting the defendant or the public. This prevents the future crimes to be committed and further helps in maintaining the law and justice in the United States. These two types of deterrence help in justice maintenance differently. The specific type of deterrence is applied on the basis of individuality. This helps in sentencing to individual people. This can help in future crime prevention as the individual which is sentenced to punishment, will likely to have less ratio in the future commit of crimes and therefore can help in justice maintenance. The general deterrence refers to the concept when a public is afraid to commit crimes. This can be achieved with the help of such concept that when an individual is sentenced to punishment and is afraid of committing crimes in future, it will an impact on the public too. People will be afraid too as they would have the example of a crucial punishment such as if someone is sentenced to death of life in prison or is sentenced to death, this would leave a very hard impact on the public (Currie, 2013).

There is another kind of sentencing in the US, which can be sentencing to incapacitation. This is the activity of removing the infected people or criminals from the society or such specific community. This can be achieved by the help of sentencing someone of committing the crime to leave the society, house arrest, incarceration or the death penalty. This all would help individuals and public both to be prevented of crime. The whole process is just to let people know that they would have to face crucial consequences if they tend to commit or crime (Scherdin, 2016).

Another kind of sentencing is the rehabilitation, which prevents the future crimes to be committed by performing mutation in the behavior and mood of the individual criminal. This can be achieved by keeping someone in jail or in rehabilitation centers which can help in preventing too many types of crimes (Posner, 2016).

Retribution is another kind of sentencing to punishment, which helps in future crime prevention by punishing the offender and removing his crime offending desire. The sense of crime can be any as it can be related to assault, robbery, or killing. In addition, it can be drugs and thus all types of crime offending can be removed accordingly. The final type of sentencing of punishment in United States system is the restitution. This kind of punishment is limited to financial types of sentencing and is just like fine or a damage reward. The restitution can be for physical injuries as well as it can be for property loss, money loss, emotional distress and any other kind of damage. The retribution and restitution are contradictory in a sense as retribution is in physical terms while restitution is for financial terms (Pollock, 2010).

While talking about races and injustice, it cannot be seen in American justice system now. The United States of America has improved the sense of sentencing and punishments. Racist kind of punishments and sentencing are present in the current scenario of the US justice system. There can be inequity in the punishment system but on the basis of genuine standards such as disability but there lies also a concept of racist injustice in the sentencing scenario. The whole mechanism of justice and law in the US is now checked and balanced but is not being monitored properly in terms of the quality maintenance injustice. Thus there lies no basic difference on the basis of race as it can be stated that race has no major effect on the context of the sentencing or the punishment (Mackenzie & Hamilton‐Smith, 2011).

While talking about the three main models of sentencing, which are, determinate, indeterminate and mandatory, there are many major pros and cons of all these models. The base of all these models is to cause crime prevention in the United States. The law is the way to keeping up the equity and supportability in an administration or a nation. Law and equity frameworks help open live with an overseen and managed life. The reason for the disciplines is to keep up the check and adjust in law. Additionally, it helps in keeping up the law as the general population will realize that wrongdoing can lead towards discipline and can likewise towards demise. Talking about the determinate sentencing first, it is being designed to have some specific types of the punishments. The punishments and sentencing in this type of model are to have a specific set of punishment. It involves a specific length jail or prison as and this kind of sentencing restricts the changing in a duration of the punishment or the sentencing. Thus it has an impact on the offender that even he has good quality life and behavior in the jail, the punishment will still not be reduced (Weatherspoon, 2014).

The third major model in the sentencing is the mandatory sentencing. As the name illustrated this is the type of sentencing which may involve hard and fast rules of punishing someone. The duration of jail and prison time can be even for the lifetime. Also, there are many chances in which the offender is sentenced to death. The mandatory model of sentencing leaves a very strong and high impact on individuals and the public and helps in preventing the future crime offending. Thus it can be related to the specific and general deterrence which satisfy the part of anticipation from wrongdoing by freighting the respondent or the general population. This keeps the future wrongdoings to be conferred and further aids in keeping up the law and equity in the United States. This two kind of discouragement help in equity upkeep in an unexpected way. The particular sort of prevention is connected on the premise of independence. This encourages in sentencing to unique individuals. This can help in future wrongdoing aversion as the person, which is sentenced of discipline, will liable to have less proportion in future carried out of violations and consequently can help in equity support. The general prevention alludes to the idea when open is hesitant to carry out wrongdoings. This can be accomplished with the assistance of such idea that when an individual is sentenced for discipline and fears carrying out violations in future, it will an effect on people in general as well. Individuals will be perplexed as well as they would have the case of a significant discipline, for example, on the off chance that somebody is sentenced to death of life in jail or is sentenced to death, this would leave a hard effect on general society (Soares, 2015).