Impact of Increase in Population on Resource Prices 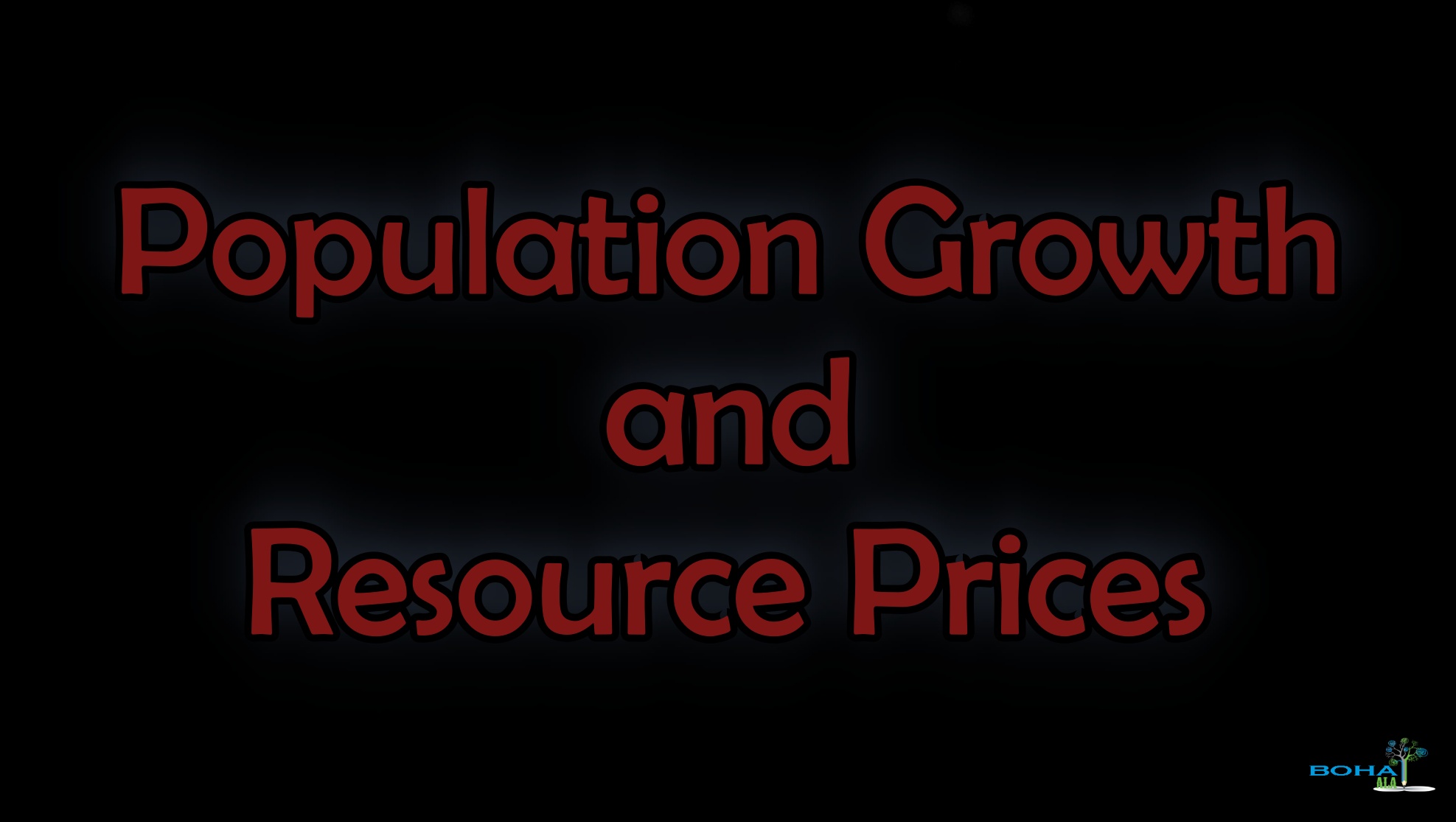 The present review essay has analyzed credible secondary literature and explored the impact of increase in population on resource prices. The literature provides   comprehensive understanding in this regard. Review is conducted with the exploration of the opinions formulated in both the favor and negation of the hypothesized question. The subsequent section of the study will elaborate the question in detail and answer will be given with detailed analysis.

Population increase is an ongoing phenomenon that is linked with consumption of resources and its ultimate impact on cost of acquisition. Presently, there are more than 7 million people live on the planet Earth. Due to increased population, one out of every eight individuals on the Earth has no access to enough food and other resources for utilization. This is an alarming situation. The problem of over population has also affected the organizations to acquire factors of productions (Demographiques, 1991). The factor of production includes land, labor, capital and organization. Increase in population has affected such factors and organizations are facing difficulties to manage and organize such factors.

Therefore, increase in population crate difficulties for acquisition of land and the population growth is one of the factors that lead to an increase in resource price.  It increases the prices of the land properties and organizations pay heavy prices to acquire the land. The situation is particularly not satisfactory in the poor and the developing economies. In these economies, population is high and land is utilized for residential purposes. The demand for land makes it less available for the organization to acquire for production purposes.  Moreover, the increased population is also negatively affecting natural climate of the world and its natural resources (economist.com, 2013). Therefore, it is important to curb the problem of population. There are lots of natural resources on the land that are heavily consumed that include fisheries, grasslands, rivers and lakes as well as forests, wildlife. These resources are available of the land and utilized in the production of commodities as well.  They are heavily consumed by the individuals.

Labor force is another factor that is negatively affected by the increase in population. Skilled labor force is an issue. Organizations required skilled labor force to utilize of production.   It is evident that during the past century, the population has seen big growth spurt. Hence, the population growth is one of the factors that lead to an increase in resource price which indicate that the research question is adequately explained. The world’s entire population in the 19th century was 1.6 billion individuals. This was increased by 2.5 billion by the year 2000. Similarly, the current population of the world is 7.2 billion (Dimick, 2014). This is a huge number that needed to be reduced. Therefore, the issue of the increased population is not mere the number of people who are living on the planet Earth.

For instance, land, machinery, plant and equipment are good sources of capital for the organizations.  The increased consumption of natural resources also plays an important role in increased prices for the acquisition of natural resources. The capital acquisition is one of the factors that lead to an increase in resource price which indicate that the research question is adequately explained hence, its impact on the prices is also an important issue to be addressed. Increased population has increased the capital costs for the organizations. Organizations face difficulties to acquire capital. The last factor is organizations (Lambina & Meyfroidtb, 2011).

The organization also required resources. The organization of factors for production is also necessary for the organizations. Organization also includes people and their management. After all these resources are utilized by, the people and its acquisition pose significant risks for the organizations.   Therefore, the present proposal justifies exploring the consequences of increase in population on resource prices. The present review identifies the potential need for investigating this issue. The investigation of the role of the population growth in influencing resource prices is important (Repetto & Holmes, 1983).

Therefore, detailed investigation is provided to investigate the impact of population growth. This impact is evaluated on the resource prices. The inclusion of the credible secondary literature adequately explains the problem under investigation with comprehensive illustrations. For instance, it is evident that the important of the consideration of various and different types of resource inputs is necessary to evaluate.

Another point that needed to be considers the resources that are often being utilized in industries. These resources have deep impact on the success of the organization and these resources integrate with the level of population. Therefore, present study adequately adheres to the core requirement of the review. There are different kinds of resource inputs that are investigated in the study that include land, labor, capital and organizations and these factors of production are well elaborated and explained in the literature resources. These factors of production are utilized as inputs for the production of different level of commodities that are being consumed by the people (Ploeg & Poelhekke, 2010).

Hence, industries utilize these resources in large quantities to facilitate its production processes. Therefore, when population increases, it affects these resources and the utilization of these resources is dependent on the demand for consumption of these commodities in a detailed manner. It is evident that the greater will be the demand for consumption due to increased population, the more will be the consumption of such resource inputs (Gilbert, 2006). The factor of production will be required in a large quantity and their price level will escalate in order to produce and match the demand as well as the supply conditions.

These literature resources provided an important contribution in the wake of present literary on population and resource price.  Moreover, the developments in the field of population growth and resource prices is also evident that is well elaborated and managed in the present essay review.  The literature analysis is evident that the role of population increase is evident in this regard. There are four factors of productions, that include land, labor, capital and organizations and they are significantly affected by the increase in population. The increase in population increases the prices of resources. The organizations and the individuals are in position to acquire the resources with greater cost and prices. Hence, it can be adequately said that the role of population is very important in this regard. This role cannot be overlooked. In case of overlooking the issue, it negatively affects the acquisition of resources. Hence, the question is adequately answered that the population growth is one of the factor that leads to an increase in resource price. The literature is evident in this regard (Bulte, Damania, & Deacon, 2005).

The present review essay investigates the impact of increased population and its impact on the resource prices. The resource prices are the price of factors of production. The factor of production includes land, labor, capital and organizations. Increase in population crate difficulties for acquisition of land. Organizations required skilled labor force to utilize of production.   It is evident that during the past century, the population has seen big growth spurt. Training and development do contribute in the development of skilled labor force increased consumption of natural resources also plays an important role in increased prices for the acquisition of natural resources.