Home > Subjects > Economics > Analysis of US Cost of Recent Wars: Is it Worth it or is it an Economic Burden?

Analysis of US Cost of Recent Wars: Is it Worth it or is it an Economic Burden?

The wars in Iraq and Afghanistan, among others, are those that the US Congress supported in the wake of 9/11. As a matter of fact, the US Congress has since calculated some 800 billion dollars as the expense of these conflicts. Mckelvey (2011) maintains that the US military invests $113 billion in this fiscal year alone in Afghanistan. Interestingly, around $107 billion is likely to be used in the coming fiscal year. However, a variety of managers are now digging holes in the expenditure since the assassination of Osama Bin Laden. Although the wars that the US has advanced since the assault could be justifiable, there are fundamental issues that need to be investigated with a pinch of salt. Fear et al. (2011) argues that economic losses alone without taking into consideration individual costs (e.g. psychological impact) are in themselves worrying (Chandrasekhar, 2011).

Any of the concerns raised by many Americans and those around the world include the factors that rationalise the costs of wars that are rather exorbitant relative to others that the US has waged in the past, especially where one looks at other aspects of the economy. Quadra (2011) argues that the long-term expense of schooling, for example, is a serious problem with long-term costs, with Thomas (2011) considering that these wars have contributed to unplanned decreases in support for education. As a consequence, many students had to hold protests of anti-war slogans. But the one to blame for the latest wars is a problem that many Americans are dealing with. Margaret (2011) Reasons why George Bush’s government had a lot to do with where America is now and other nations, “…tax cuts destroyed a balanced budget, Medicare to finance two-war budgets” (Margaret, 2011) 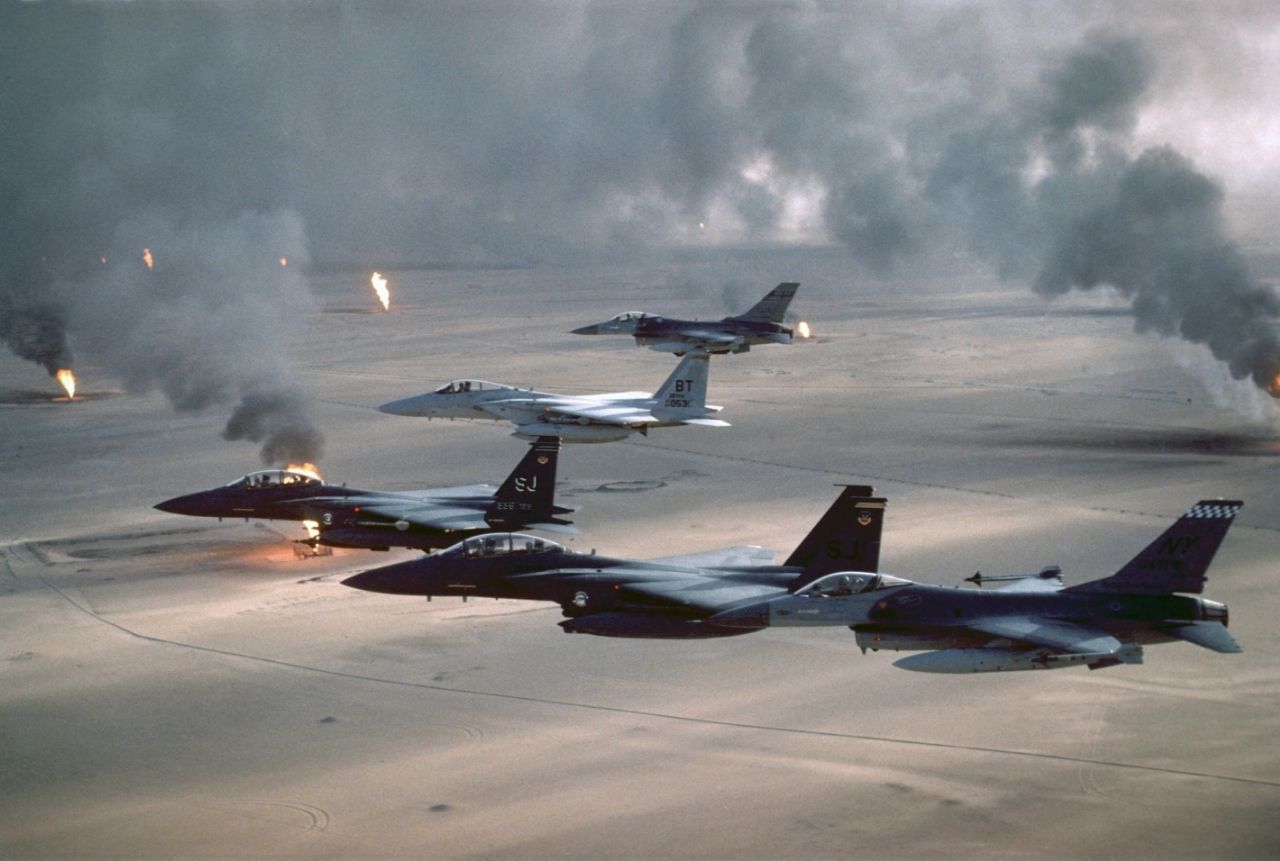 The Real and Likely Future Cost: The precise expense of the wars can be difficult to determine because of the issue of calculation and the experience of the wars that the US has been involved in. However, the true expense appeal may be conceptualized as one looks at the Gross Domestic Product. If this is considered, so the post-September 11 wars have cost a lot more than the majority of history (Daggett, 2011). In order to consider costs more reasonably, it is necessary to put them into subsets as follows: the likely cost in the coming fiscal year, the cost since 11 September, the cost per department and the total cost groups.

Likely Cost: The Next Fiscal Year: The burden of fighting, regardless of the fundamental issues, can nevertheless be paid by a large portion of the federal government. Ronald (2010) states that “… About $534 billion will be given in 2011 to the Department of Defense and another $55 billion to Veterans Affairs. Defense spending does not include, however, the costs of the wars in Iraq and Afghanistan, counted as separate items in the budget …”

Cost in the Years Past (since September 11 Attack) to 2011: The US government has used a great deal of money in wars since the September 11 attack in its three initiated major military operations. These operations include: Operation Nobel Eagle, commonly referred to as ONE. The rationale behind this operation is the provision of increased security for the American Military bases as well as domestic security. This was put as a response measure to the attacks. The other is Operation Enduring Freedom, commonly referred to as OEF. This has been meant to predominantly take care of Afghanistan as well as other Global War on Terror (GWOT) in countries such as the Philippines, Somali and Djibouti among others. Third is the one dubbed Operation Iraqi Freedom (OIF) which started in 2002 with its peak being the grounding of invasion of Iraq in March 2003. This was later propelled and aided by continued “counter-insurgency and stability operations, and is slated to be renamed Operation New Dawn as U.S troops focus on advisory and assistance roles” (Dagget, 2011).

Broadly speaking, since the September 11 attack and particularly the tenth year of operation which saw the troops’ withdrawal from Afghanistan and Iraq, the total cost of war has been arguably a pertinent issue. Further, the other areas of concern related to this are the cost of the mean estimates of regular spending rates and the cost of each of the operation. In addition, the worry is also pegged on the issue of the broad costs and time-frame of future operations (Dagget, 2011). With the assumption of the yearly standard of today’s ‘Continuing Resolution’ as well as factored on Department of Defense, USAID as well as the Department of Veterans Administration budget submissions, the total cost of the war operations since the September 11 attack has been estimated at the following: 806 Billion Dollars for Iraq; 144 for Afghanistan; 29 Billion dollars for increased Security and 6 Billion which has not been allocated or disbursed (DOD, 2010).  These costs are inclusive of medical care and diplomatic costs for the Afghanistan and Iraqi wars. The total cost is thus estimated at 1.283 trillion Dollars (Dagget, 2011). Analytically, most of these costs are in relation to Iraq standing at 63%, followed by Afghanistan at 35% and the disproportionate allocation going for enhanced security at 2%. The estimates of the Operation Enduring Freedom (OEF) have been predominantly associated with Afghanistan (Scummer, 2007).

War Funding in the Context of Agencies:  It can be authoritatively said that the total war funding has been majorly funded by the Department of Defense standing at 94%. The USAID which stands at 5% goes with 67 Billion Dollars. OEF and OIF on the other hand have taken 1% with an estimated cost of 8 Billion Dollars (Daggett, 2011).

For the DOD, the cost can be seen as incremental. This means that apart from the regular military pay, together with other tenets earlier mentioned, other costs include war related programs e.g. Emergency Responses which are tailored to meet specific needs of the wars. In fact all the DOD costs are reflected in the allocations between Iraq and Afghanistan (Fergusson, 2004; Daggett, 2011, Kutz & Pickup, 2005). The State Department-USAID on the other hand is indicative of the expenses incurred as a result of aid programs advanced to foreign countries, operational costs within US embassies and the re-construction costs in both Iraq and Afghanistan which have been within the Supplemental Appropriations Acts. Often the US congress allocates funds for each country in its budget estimates (Daggett, 2011; Robb, 2007). The VA on the other hand separately reviews the cash spent on OEF and OIF Veterans. This is done basically in relation to medical programs for CRS estimates as dived based on troop’s saturation levels in a particular country (Daggett, 2011)

Categories of the Costs and what they portend: Within the said costs, an estimated percentage standing at 94% has been pegged on the Department of Defense. This has been solely to take care of incremental tailored estimations and needs. This means that the cost is outside the peacetime endeavors. Overall, the cost has been categorized in a number of ways: Operations of Maintenance otherwise referred to as O&M funds (Scummer, 2007). The O and M funds are designated to offer transit for troops and operation gargets in Iraq and Afghanistan. Further, the fund is meant to carry out military activities, enhance domestic support bases, and maintenance and repair of dilapidated weapons and equipments used in the wars (Agar, 2007). The second category is the cost relating to recruitment and remuneration. This entails special pay for designated to the military including ‘hostile fire or separation pay’ as well as taking care of the extra cost of igniting the personnel on reserve including paying for expanded or increased Army and Marine Corps with the aim of mitigating stress among the troops.

The third category is the allocation for procurement. This is meant to purchase equipments and weapons to replace the ones lost in the wars and take care of modernization associated with the ever changing composition and structure of the Military due to increasing technological sophistications (Agar, 2007; Geiger, 2007). Fourth is the cost of Research, Development, Test and Evaluation. This is meant to facilitate development of enhanced efficient and effective methodologies as well as ways to contain war threats including roadside bombings. Fifth is the cost that covers Military Construction. This is mainly done for the establishment of infrastructural facilities particularly in Afghanistan and Iraq. The other category is the Working Capital Funds. This covers expansion of inventories of spare parts and fuel to provide support during the wars (Scummer, 2007; Agar, 2007).

Cost Summery of the US Wars

Cost through the Years Since 1965

Accidental Heroes: Whether Heroes are Born or Created

Effect of Corporate Governance on Earnings Management in...