Origin of the LDC Crisis

In the mid of 1970s, most of the countries started gathering wealth, which comes under Organization of the Petroleum Exporting Countries (OPEC) and most of the banks were ready to give loans of millions of dollars to these respective countries. Even the other developing countries from the whole world took loans at low-interest rates by the support of the US government. Due to the easy low floating interest rates, the government of those countries who took loans treated the money carelessly and showed irresponsibility by spending the money on unnecessary consumption rather than doing investment in any productive field. Hence these countries wasted all the borrowed money and were unable to repay the loans. The aristocrats ruled over these countries and had control over the government as well whereas the poor people were not given any chance in the high-class departments of the government and their rights were suppressed. In most of the Latin American countries in the 1970s, two major oil price caused money shortages. On the other hand, this shock caused a major surplus in the countries where oil was being exported the US banks provided safety to the funds of these countries. In the 1970s, the borrowings of the developing countries from the commercial banks of US increased intensely and by the end of 1970 they had borrowed a total of $29 billion, however, the amount increased to $159 billion at the end of 1978. Moreover, the amount of debt increased to $327 billion by 1982. The latent risk of involvement with the Latin American and less-developed countries (LDC) of the banks of the United States was noticeable. An American economist and Ex-Chairman of the Federal Reserve of the United States, Arthur Frank Burns delivered a speech in University of Columbia Graduate School of Business, he said that the commercial banks of the United States were taking excessive risk in Third World lending by giving more and more loans to the Latin America Countries. Nine major banks of the United States had given money around 176% of the capital to Latin America and the overall sum was 290% of the capital of the debited amount. 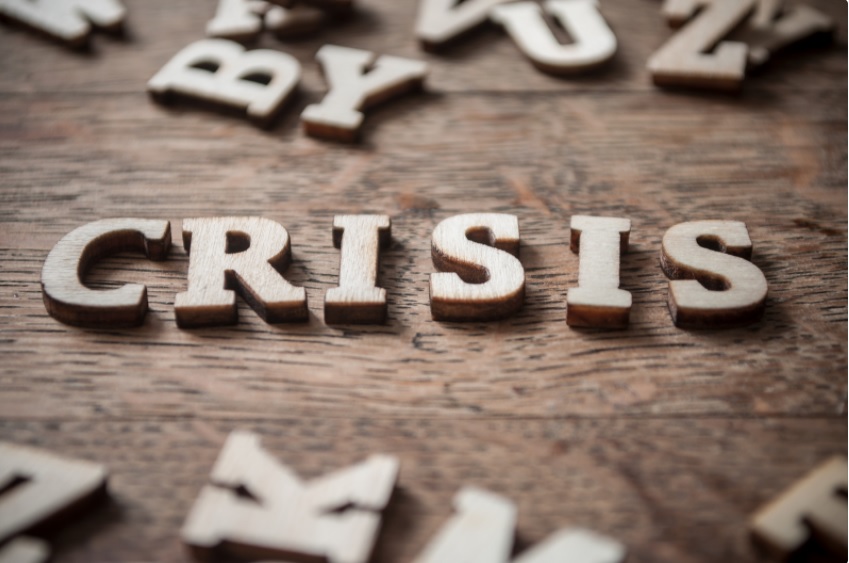 In the starting of 1970s due to the loan being given on almost zero interest rates, the state of affairs worsened over time. However, by the end of the decade, the United States imposed strict monetary policies to lower the inflation rate and the spending of the military increased. The administration of Reagan reduced the rate of income taxes. The prices of raw materials decreased dramatically which meant that the poor countries had now even fewer resources and funds and they could not pay their loans. In 1981, the economy of the world entered into recession as the minimum interest rate increased worldwide. On the other hand, the US commercial banks started to decrease the payback time for loans and started charging higher rates of interest. The burdens of the debt began to be unbearable for the Latin American countries.

The crisis was triggered in August 1982 when the Finance Minister of Mexico, Jesús Silva Herzog talked to the Chairman of Federal Reserve the US Treasury secretary and to the director of management of International Monetary Fund (IMF) that Mexico would not be able to repay its international debts which were around $80 billion at that stage, and the rest of the countries also declared their inability to pay the debt. In the due course, sixteen Latin American countries and eleven less developed countries (LDCs) reorganized their debts.

In response to the crisis, the US commercial banks did not give loans anymore and tried to get back the money. To control the situation the administration suggested structural adjustment to the macroeconomy and the banks decided to restructure their loan portfolios with the support of the International Monetary Fund (IMF) and the World Bank. Furthermore, the sudden decision of the banks caused a rapid recession in Latin American countries and that showed the inadequacies of the previous policies of the economy. According to the Ex-Governor of Federal Reserve System, Governor Roger W. Ferguson, Jr. said “high domestic consumption, heavy borrowing from abroad, unsustainable currency levels, and excessive intervention by government into the economy”. Hence, it was to start looking for financial stability.

Effects of the LDC Debt Crisis

The government of the effected countries started to reduce their consumption by a large amount in social services, education and health department. The national currency was also devaluated and imports began to increase rapidly in those countries whereas exports decreased at a higher rate. The government reduced the number of workers in government organizations and decreased their wages as well to cover the loss faced by the economy. Additionally, the government took over some small-scale subsistence farms to covert them into large scale farms for farming of crops for exporting and they encouraged the public sectors for privatization. In the 1980s, the majority of the countries faced recession and during the structural adjustment programs, poor women and children suffered the most as they lacked necessities of life. The economies of the Latin American countries stagnated and the poor people became poorer and the income gap between the upper and the lower class increased further causing the per capita income to fall. The Latin America Debt crisis ruined the struggle for improving the conditions of poor in the society that has been done through social awareness from the past three decades.

The Solution to The LDC Debt Crisis

In July 1982, the official committee members of the Federal Open Market Committee (FOMC) decided to take necessary action to start looking towards a resolution. Fed called upon an urgent meeting for the bankers globally to offer a major loan to Mexico. In addition to providing a loan, the Fed also motivated the banks of the United States to launch a program for Mexico to reorganize its loans. The United States decided to take any action as the debt crisis began to expand outside of Mexico so US arranged an “international lender of last resort” a pact between commercial and central banks and International Monetary Fund (IMF) for supporting the affected countries. According to the deal, the commercial banks said that they would rearrange the debt of the countries whilst the International Monetary Fund (IMF) agreed to give the LDCs enough funds so that they could pay the interest on their loans. In response, LDCs settled to work on their economies and to eradicate the things which caused a shortage of the budgets. They were hoping that the structural reforms done in the economy would help to raise the exports in the countries which in return would help them to pay back their international debt.

These programs helped to avoid the abrupt crisis however the problem was still there. Most of the LDC’s reduced their budgets for the basic departments such as health, education and food rather than reducing the budget for government-owned subsidies and started to reduces the wages of workers which caused unemployment on a large scale and the economy stagnated. Consequently, this period of loss in Less Developed Countries (LDCs) is known as “lost decade”. The management of the banks of the United States agreed to delay the period for the payment of loans for the debtors. This tolerance of the US banks showed that the losses were fully recognized and the banks were thought to be in a worse situation due to constantly lending money to LDCs. Subsequently, many negotiations took place among the banks and the debtor countries although after few years the banks realized that most of the countries would not be able to pay their loans hence, they began to work on making debt provisions for loan losses. In 1987 Citibank, created a loss provision of $3.3 billion which was 30% further than the total of its sum for LDC.

In 1989, it became obvious to the government of Unites States that the debtor countries would be unable to pay their debts until their economies grow to some extent. Nicholas Brady the Treasury’s Secretary suggested a plan to recognize perpetual reductions in the loan principals and debts. Among the years of 1989 and 1994, the private lenders decided to forgive loans of $61 billion which was around one-third of the entire unpaid debt. In return, all of the eighteen countries agreed with the proposal of the Nicholas Brady that they would begin working on their economies so that after some time they would be able to repay their international debts. Although, it would take years to reform the economies from the drastic effects of the debt crisis.

Effect of Corporate Governance on Earnings Management in...