The Current State of Higher Education in the United States

The state of higher education in the United States has been under the microscope in recent years with declining quality, rising costs, and unemployment rates. The top and bottom branches of higher learning institutions in the United States have become so dissimilar from one another that they have ceased to be the same cohesive social body. Institutions belonging to the top strata have different principles, missions, finances, and staff than those at the bottom. Universities and middle-class colleges are torn between these extremes. Universities in the highest strata have become a refuge for the few privileged minorities. It has been left to the few attending universities like Harvard who can afford to pay the exorbitant fees. The divisions that arise in higher-learning institutions have come to be seen as a show of power and class, as well as a means by which the American plutarchy duplicates itself. Donoghue (nd) states that the one-year tuition rate for top strata colleges is more than the typical US citizens’ salary.

Upper and lower class universities are increasingly dealing with budget cuts as the government tries to balance the budget in times of economic downturn. The budget reduction has significant consequences for public colleges and universities because institutions have to increase their tuition fees, increased spending, or both, in a bid to fill the gap. Changes in government support for higher education also contributed to increased tuition in higher learning through public institutions. The acute increase in tuition fees has accelerated the ongoing trends of reducing the affordability of college and transferring the costs to the students. Leachman et al. (2013) note that enrolling in a public institution of higher learning for a four-year course has risen briefly at a faster rate than the rise in average earnings over the last 20 years, even after tax incentives and government assistance. 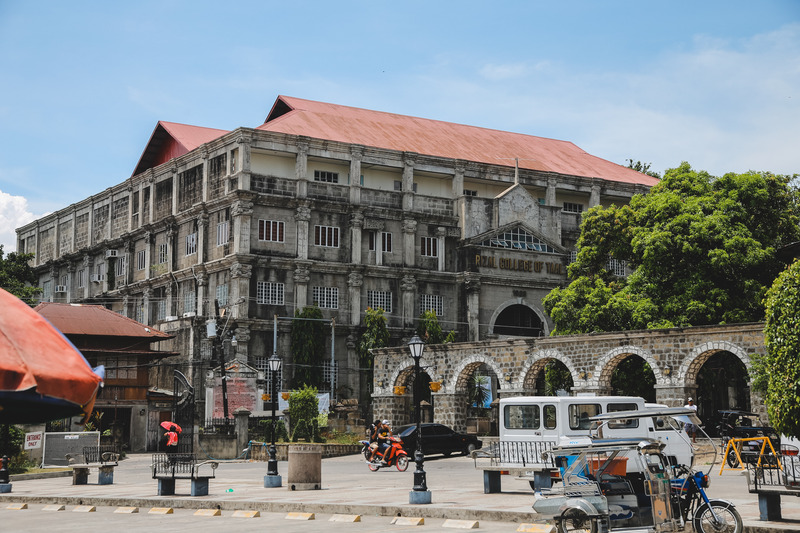 Reducing spending in an attempt to balance budget cuts typically results in ways that lower the higher education standard. Some of the forms public universities and colleges do slash spending are like closing some campuses, eliminating some course offerings, raising facilities like computer labs and library. Further explain this, after budget cuts on higher learning public universities, Arizona University’s funding reduction policy included closing its eight extension campuses also promote distance learning, as well as cutting more than 2000 jobs (Donoghue, nd). Public higher learning institutions provide education to more than 75 percent of the undergraduates in the country.

Lifting tuition fees and cutting expenditure adverse impacts on educational quality. Students leave school with massive public debt, yet find it hard to obtain a job. Besides, the top strata in the United States system of higher education are half baked graduates resulting in employers spending more money on retraining graduates to suit their work skills. The paper discusses deficiencies in U.S. colleges, opportunities for change, as well as guidance on how to eliminate the gaps.

The earnings and incomes of most people have remained unchanged over the years, but the rise in tuition fees is increasing at the same rate as inflation. This makes university education accessible and inexpensive to multiple households whose incomes remain stagnant as college costs continue to rise. Demographic and economic stresses, and increased policy oversight of higher education damage, are resulting in slow tuition growth in many universities. Ongoing national government concessions result in further pressures on universities since a large number of students are dependent on state grants and loans, all of which have to some degree been curtailed by budget cuts. The number of graduates in the past decade in need of government loans has increased exponentially as compared to the 1990s.

For most American households, the weak fiscal situation makes most high school graduates dependent on government grants. Universities in the lower strata are more dependent on tuition revenue and have fewer money per student. Such institutions engage in a pure price reduction to be competitive in the student market. This means they earn less income per learner; spend less for each learner while struggling more to attract students; to match with the top strata universities (competitors).

Another shortcoming stems from the rising student loan burden and a high non-payment rate stain the perception of the value of university degrees. Since the year 2003, higher education in the United States has registered an increase in the number of loan recipients. This result in addition to the name of debts, yet few employment opportunities exist for university graduates. In turn, the default rate increases with the rise in loan recipients and high unemployment levels. The rate of loan defaulting has shifted from 4.5 percent in 2003 to 9.1 percent in 2010. The risk of heightened regulation and pressure from the government on the need to moderate tuition cost persists due to credit risk resulting from increasing rates of student loan default in most universities. Traditional public and private universities that enrol a large number of students from lower-income families such as Hispanic serving institutions are relatively open to access. Other students join a university with high attrition, low college preparedness, resulting in university drop out and eventual low graduation rates (Leachman et al. 2013). All these result in high rates of loan default because learners fail to complete their learning, yet they have to pay loans without the benefit of a diploma or degree that can help them secure jobs and augment their earnings.

High public inspection propels soaring risks of more regulation, and certification approvals are another shortcoming in the current states of universities in the United States. Rising undergraduate debt burdens and continuing concerns with regards to the affordability of a degree are already yielding enormous pressure political and heightened regulation of the higher education industry. In 2012, president barracks Obama emphasized the aspect of affordability and educational outcomes. The president warned university presidents to reduce tuition fees or risk reduced funding. He has also noted the need for change disclosure of the cost of university education Leveille, 2006).

Some states in America employ performance-based funding since the early 2000s, where various performance metrics measuring degree completion, retention, and faculty productivity. Universities that meet the criteria get some shares of both the general and the federal budget. This is a severe shortcoming as the performance criteria may favor individual universities depending on their strengths in the type of performance criteria used (Moody’s Investor Service, 2013). Thus, this is a biased model of funding that hinders the equal allocation of funds to institutions of higher learning. High scrutiny of the higher education industry is propelling the noteworthy increase in sanctions by the country’s certification bodies. There was a considerable increase in the number of negative certification in reaction to rising government criticism on poor quality, pricing, and outcomes disclosure.

From the above shortcomings, it is clear that financing, soaring student loan, and scrutiny are among the weaknesses affecting university education in the United States. The issue of cost is the prominent feature that hinders the affordability of education among thousands of high school graduates. Some of the improvements that can be made to reduce the burden on university education acquisition are to embrace the use of various technological tools in acquiring higher education.

Critical Suggestions for Improving Higher Education and their Pros and Cons

One of how institutions can make education affordable is to embrace the use of online training, which is also referred to as distance education. Internet education offers a dynamic and interactive space for learning. This is a suitable way of cutting costs since students learn in virtual classrooms. Costs of physical buildings and their subsidiary costs such as lighting and insurance for such structures. Proponents for online education assert that professors spend less time preparing for materials and in turn, use more time teaching (Taylor, 2009). Offering online learning is a relatively cheaper option for a university to capture more students. Online knowledge is beneficial to both the university and students in terms of cost savings (Alberts & Hazen, 2013).

The use of digital information to cut on costs is an essential suggestion where universities can cut on library expenses. Library fees account for a substantial portion of tuition fees as a world-class library is a competitive advantage to most universities. Universities set their tuition fees depending on the nature of the university stocking. In a bid to reduce tuition fees, universities can exploit the digital information where information is stored in digital content rather than in physical form. Utilization of digital technology by universities can help reduce tuition fees since storing books in digital content is a relatively cheaper option, as opposed to purchasing books (Betz, 2011). However, digitizing information may be a challenge as setting up a digital library requires an enormous amount of capital. Besides, accessing data from the digital library may be a problem, as the system may collapse due to many users if not well researched and tested. Universities can also embrace cloud computing to save on data storage and server costs. Cloud computing is beneficial in that it allows colleges and universities to choose enterprise activities to move off-campus for faster and safer accessibility (Thornton, 2012). Cloud computing also offers the simplicity of offloading management obligations.

The government and higher education stakeholders must also come together to plan for the country’s future in education. The federal government’s actions of budget cuts have a direct upshot on university education due to tuition fees and university spending. Budget cuts mostly result in increased tuition fees, which in turn results in increased student loans, and default rates. This is a severe problem as the money defaulted could be used to finance other students joining the university (Yanushevsky, 2011). As such, the government should meet all stakeholders ranging from students, parents, university presidents, and policymakers to formulate and strategize on the long term plan to eliminate the inadequacies affecting higher education institutions.

This suggestion is beneficial in that the voice of every stakeholder in the education sector is heard. All recommendations from stakeholders will ensure the plans and strategies devised are all-inclusive. However, one shortcoming of this approach is that the government and the relevant stakeholders may rarely meet. Besides, incorporating the views of every stakeholder is intricate (Nata, 2007). Moreover, complying with all stakeholders and taking all their pictures is time-consuming and intricate.

One of the solutions to end the crisis facing United States universities is to explore ways of reducing dependency on federal budgets. This suggestion is beneficial in that it will help to reduce the aspect of price sensitivity to tuition fees. Also, reducing reliance on the budget will help in reducing the high rates of student’s debts in the country. The government, in collaboration with universities, can plan on ways of reducing tuition fees while ensuring efficiency to enhance affordability. A reduction in university and college fees makes it affordable, such that the majority of learners from middle-income households access education. When education becomes affordable, learners will not be burdened by students loan offered to students to enable them to cater to tuition fees. Other technical and entrepreneurial courses should be given more attention to ensure that learners can initiate their businesses and reduce their dependency on being employed. This is beneficial as it will result in a reduction in the level of unemployment, as well as minimize loan default resulting from high unemployment loans.

Following the examination of shortcomings and suggested solutions, it is also wise for universities to employ the use of hybrid environments for learning. This entails a mixture of online and classroom teaching. This ensures a balanced and efficient use of resources, as well as taking advantage of technological development. In hybrid learning, learners come to the campus for a few days for face to face interaction, where the remainder of the coursework is addressed through online facility. Hybrid learning helps in reducing facility expenses while lessening disruption to learners who have to balance work and school.