For millions of citizens, natural events have triggered the loss of property and death. Innovations of architecture are now being designed and applied to minimise the devastating impacts on individuals and property of these powers. The reliability and integrity of facilities has been brought into doubt by natural disasters. Although theory would suggest that buildings could not be able to survive a very powerful force, since the 2004 Indian Ocean tsunami hit a variety of nations, several structures stayed standing. There are also already designed buildings that can survive intense earthquakes.

For a holistic approach in mitigating the impact of catastrophe, a multi-stakeholders collaboration is necessary. Awareness, study and information from other fields, such as geologists, sociologists, public officials, information management, the government and many others, must be included in engineering strategies to be effective. The government and the private groups involved, including engineering organisations, are increasingly designing strategies and designs to render cities safe and prosperous in the face of the danger of natural hazards, with the perspectives of the countries on the various forms of calamities. This paper will address engineering advances and initiatives to mitigate the effect of natural disasters, particularly earthquakes, floods and tsunamis.

Earthquakes, flood, tsunamis, and other natural disasters have occurred in more frequency around the globe have caused billions of dollars lost and unaccounted number of deaths. These natural calamities have challenged the stability of buildings, bridges and other infrastructures. Thus, engineers and planners have continually engaged in innovative engineering approaches in order to mitigate the impact of these natural forces.

Floods, earthquake and tsunamis, as well as landslides, cyclones, etc. have posed a major challenge to governments, much more that they have become a regular occurrence. [1] A great challenge to the government is to protect the lives of people and animals, as well as properties. [2] In order to attain these goals, engineering plans must be designed capable of bearing the force that these natural disasters bring forth. Also important is building of rehabilitation and medical institutions that could bear the load since victims will be treated in these facilities when a disaster strikes. [3] Rehabilitation and medical facilities must be constructed farther from fault zones and coastal.

One of the recent tsunami that happened in the Indian Ocean brought great devastation to Indonesia, India, Thailand, Sri Lanka and the Maldives, and even affected Seychelles and eastern coast of Africa although with minor effect. [4] It can be said that no structure can withstand the strong forces of nature. However, as experience has shown, some building remain standing after the Indian Ocean tsunami passed over them in December of 2004 (see Annex 1).

Engineering plans must be included in the overall disaster management plan of the local government. [5] Thus, the urban planning and zoning should consider the existing structures which were built without considering natural disasters and climate change, the areas which are flood prone, and unstable land that may liquefy in case of strong ground-shaking.

Innovations in engineering aim to mitigate the risks presented by earthquakes. [6] Other hazards that occur during an earthquake include aftershocks, landslides, tsunamis, floods, liquefaction, and fires. [7] The design must take into consideration the specific peculiar conditions in the area. Many innovations have been devised and implemented for several decades now. [8] Japan has designed its building according to what it has learned from the frequent earthquakes that strike the country. One of the innovations Japan uses that have gained international recognition is the mass damper (see Annex 2). [9] The mass damper, a component of the wave technology, allows the building to move along with the vibration and not against it. [10] Another approach that Japan uses is the base isolation system that provides a decoupling effect to a structure (e.g. building or non-building) (see Annex 3). [11] Also, another innovation in engineering is equipping structures with seismograms or seismic sensors that can record seismic movements at several locations of the building where the sensors are installed.

The US lateral load code of the 1930s that integrated different disciplines such as structural and geotechnical engineering, earth sciences, architecture, numerical and probabilistic mathematics, structural mechanics, education and social sciences has lead to the development of earthquake engineering. [12] At present, the direction in earthquake engineering focuses on performance-centric (based on stricken and not stricken communities) approach to designs (e.g. ATC-58 Project, risk-targeted ground motion maps in ASCE 7-10). [13] Engineering evolution in the coming years would consider the following directions: a) formulation of new structural and infrastructure processes (this will require more time to develop and validate), b) finding solutions for community and industry levels earthquake-related concerns (requires multi-disciplinary collaboration), and c) integration of new global approaches such as energy efficiency and green building technologies into earthquake engineering, and integration of earthquake engineering with information technology, cyber-physical systems, and new materials and equipment research and development. [14] The National Earthquake Hazards Reduction Program (NEHRP) also promotes inclusion of multidisciplinary knowledge and research in earthquake engineering. [15]

The principal directions the participants in the (Vision 2020: An Open Space Technology Workshop) identified for 2020 in attaining a resilient and sustainable community are as follows: “1) metrics to quantify resilience; 2) means for hazard awareness and risk communication; 3) challenge posed by existing structures and infrastructure; 4) opportunities to use new materials, elements and systems; 5) methods for monitoring and assessment of resilience; 6) means to simulate resilience of systems; and 7) methods for implementation and technology transfer.” [16]

Tsunami is derived the Japanese words tsu (harbour) and nami (wave) that is caused by an earthquake, usually of undersea origin, with wavelengths of 100 kilometers and higher. [18] The waves move slower as they approach the shallow areas but the height increases to about 20 meters. [19] Tsunamis caused by volcanic eruptions are rare. [20] The December 2004 tsunami that started in northern Sumatra had a magnitude of 9.3 and lifted the sea floor 10 meters up from Andaman Islands to that part of Sumatra. [21] Majority of the casualties were situated in Indonesia, but the tsunami even caused 176 deaths as far as Somalia. [22] A group of US experts that conducted a study along Sumatra discovered through the annual growth rings of corals that 9.2 magnitude earthquake occurred in the area in 1833. [23] The Australian experts said that such a magnitude portends that energy is building up that would trigger stronger earthquakes that can produce huge tidal waves. [24]

On the aspect of engineering, models were developed in order to determine which type of structure would be able to survive a tsunami or would be vulnerable. [25] Through such models, areas that would be suitable for evacuation can be known, and that, they would contribute to the refinement of the building code of Australia (see Annex 1 for structures that survived the Indian Ocean tsunami). [26] The government spent $68.9 million for more than four years of development of the warning system. [27]

The warning system includes: a) promotion of public awareness of the threat and proper response procedure, b) collection of seismic data and analysis to determine undersea movements, c) creation of oceanographic models to know impact timing and magnitude of tsunamis, and d) establishment of emergency management and public warning system capable of providing warning locally. [28]

Australia will also deploy the advanced Deep ocean Assessment and Reporting of Tsunamis (DART) buoys that can transmit signals from the ocean to satellites (see Annex 4). Australia, with its experience on the Indian Ocean that affected the western side (sweeping away several swimmers) embarked on the Australian Tsunami Warning System to manage and mitigate the risks associated with this disaster. [29]

In urban areas, flood is caused by strong rain and huge run off water with narrow drainage system and/or clogged drainage. This can be remedied by constructing larger drainage systems that would allow passage of water faster. This way, run off water from rain would not stagnate and cause flooding of streets and other surrounding areas. The flow of water can be facilitated by installing pumps at strategic locations along the drainage system. Another engineering approach to manage flooding is the construction of huge underground water storage for rain water and run off water. The stored water will be treated and recycled for use by building occupants in cleaning and washing. The water may be further treated, if facilities are installed, to make it suitable for drinking. Treating water at the local level would save energy used in channelling water from a distant source.

Flood management requires six kinds of actions, which are: a) prevent generation of flood, and land use management in upstream basin, b) modifying the flow of flood and elevations (e.g. flood storage, channel improvements, by-passes), c) reduction of flood damage (through zoning, building codes, information dissemination), d) preparatory actions (includes forecasting, warning, emergency plans), d) actions during occurrence of flood (e.g. crisis management, evacuation), and post flood activities (e.g. compensation, aftercare, insurance). [30] The Netherlands defenses against flood include dunes, dikes and special structures. [31] The sea dunes are planted with helm grass to protect the area against tides and storm surges, but where no dune is present, dikes are built along the river. [32]

Policies and designs involving flood management include risk-based design and reliability-based design. [33] The first considers reduction of cost of flooding in the future by implementing preventive actions in the present. [34] This design needs pre-set flood probability distribution and approximation of damages at different flood levels. [35] The reliability-based design considers the pre-set acceptable failure probability target. The acceptable failure levels are based on previously agreed “failure rate with the best net present value for the flood protection system and probable damage during flood events.” [36]

The new tools for sewer designs uses computer calculations on rain descriptions. [37] The rain descriptions which are used as input in the design and analysis are as follows: a) intensity, duration and frequency curves (i.e. even distribution of rain in time, time-variable rain), b) historical rain series (rain variation in time as measured), c) rain recorded in time and space. [38]

Implementation of engineering innovations requires collaborative effort and multi-disciplinary initiatives. Thus, information and research from different disciplines and organizations must be integrated and compared so that a more viable mitigation plan can be implemented. In Australia, the Working Group for the Prime Minister’s Science, Engineering and Innovation Council (PMSEIC) recommended the establishment of Regional Centre of Excellence to sustain the Australian Tsunami Warning System program. This Centre will also establish channels for the proper flow of information and research knowledge to planners and decision-makers. It will also coordinate and collaborate with regional and international groups involved in tsunami initiatives. [39]

Engineers, scientists and planners are still in the process of developing more innovative plans to mitigate the effect of climate change and natural disasters. As indicated earlier, some may require years and decades to validate the data and researches. But what is apparent is that more technological approaches can be developed in the coming years so that natural disasters will have lesser impact upon people and infrastructure.

The impact of climate change upon the people, the government and communities is becoming more burdensome and catastrophic with millions of people getting killed and billions worth of structures damaged by earthquake, flood and tsunamis. Even a developed country such as Australia admitted that it has only devised a tsunami warning system plan after the 2004 tsunami. Previous to that, Australia had no plans for tsunami occurrences. It is a fact that many countries are not equipped with tsunami warning devices. Also, many structures are not built for tsunamis or earthquakes. Thus, advanced countries must exert an effort to provide assistance to less developed countries through transfer of knowledge and technology so that these countries can build infrastructures that can withstand natural disasters.

It is also recommended that more budgetary allocation be set aside by governments in the research and development to come up with engineering innovations that would mitigate the risks. The government should collaborate with engineering firms and research facilities so that a more holistic design and plan can be implemented. 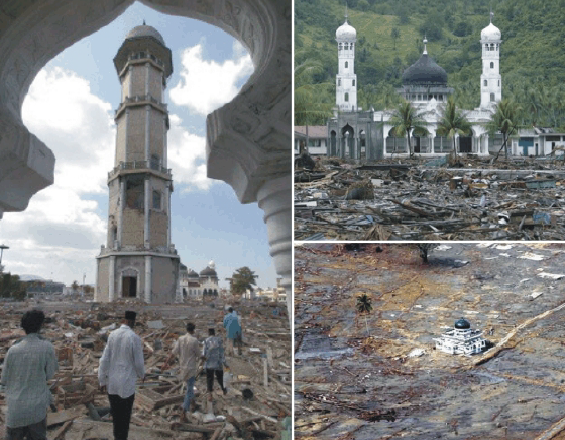 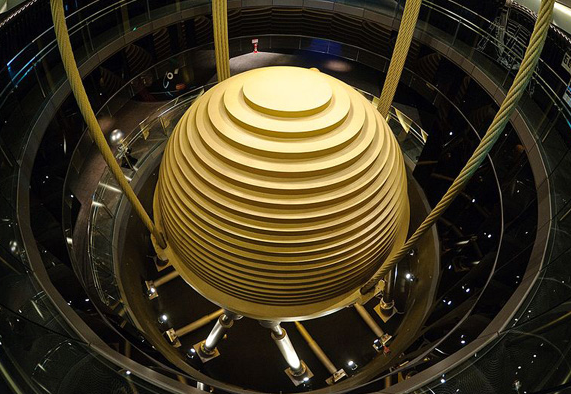 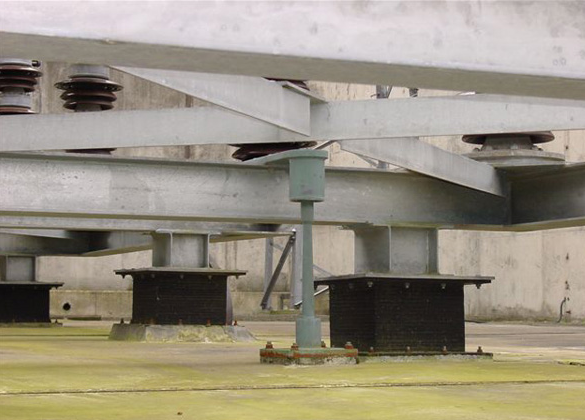 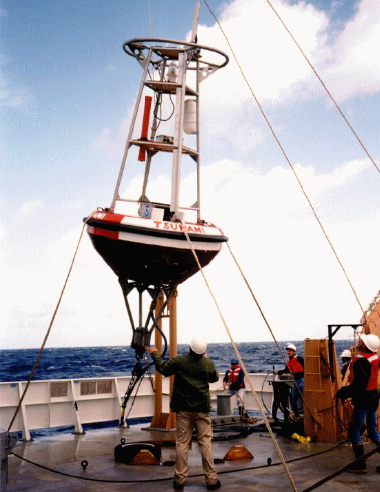