Pros and Cons of New Technology

To some people, technology is a blessing in their lives; to other people, technology is more of a curse. It is not readily identifiable who among these people is right about technology because it seems both of them are. For instance, technology is responsible for some of the cancer illnesses that people suffer from today and at the same time, technology is the cure for some cancer illnesses that people are suffering from. Having considered this, it is worthy to say that technology is neither good nor bad; it all depends on how we are deciding on what to do with the technological advances that are of importance. In the world that we stay in today, there are a number of great technological advances that have been made and still are being constructed in the several areas of technology and science. The advances that are continually being made in technology, the new technology, is increasing having a phenomenal impact on our day to day lives, and it is something that is likely to continue all the way into the foreseeable future. Of course, there seem to be positive prospects of the developments in technology but at the same time, there are a number of important reasons that need to be looked into and considered. 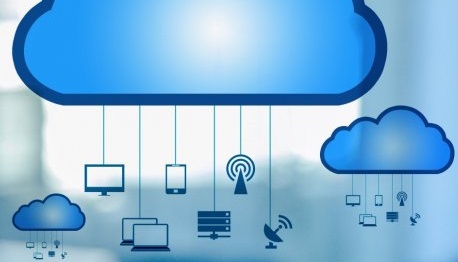 Back in the days, prominent people were not exempted from problems such as diseases and accidents. Thomas Jefferson lost his wife when she was only 34 and all the children they had, six, never made it but only one (Clayton and Robin, 13). The reason for strategies was nothing complex but diseases such as tuberculosis and scarlet. It is technology that has seen the rise in safer dwelling areas. Civil engineers are building better and more effective sewage disposal systems as well as safer supply systems for water; technology has brought about medical advances in medical science. There are vaccines and antibiotics. The devastating experiences such as the one that Jefferson went through are no longer common because technology is there for us, technology is protecting us.

There are a lot of benefits and advantages that we are enjoying, thanks to new technology. There is the low-cost dissemination of education as well as recreational material that are printed and made available to the masses by a number of technological devices including printing presses as well as copy machines. New technology has brought about machinery; we no longer have to be worried about doing dishes and laundry, we do not have to do shovel work anymore as machinery has sustainably reduced these duties. Preserving food has become a lot easier as new technology as brought about gas stoves, microwave ovens as well as refrigerators. When one need to communicate to their relatives or friends who are far away, they simply need a telephone or the internet.

Contemporaneously, new technology has led to the development of some detrimental and harmful developments. Technological advances saw the invention of the machine gun which has made modern warfare more deadly especially after World War 1. Technology has seen the development of conventional bombers that carry high explosive inflammatory bombs. The first atomic bombs caused millions of deaths, particularly civilians and yet they were the most primitive atomic bombs. Thermonuclear bombs and the manner in which they are delivered such as the use of rockets and missiles are threatening the entire world populace.

Weapons are developed unequivocally to be able to maim or kill, but there are a number of applications of technology that are envisioned for compassionate usage though they are having some major harmful effects coming from their use. The most obvious example is the motor vehicles. There is much that is continually being done to bring down substantially the number and the severity of motor accidents though there are still thousands who are losing their lives through motor accidents. In the world today, up to 1.5 million individuals are losing their lives through motor accidents annually. Motor accident is increasingly taking form as the leading cause of death among youth that is between 10 and 24 years of age annually. As per World Health Organization reports, about 260, 000 children are losing their lives in car accidents each year.

Drugs such as cocaine and opium have been the pioneer addictive drugs that are produced by relatively simple means from plants that are easily grown. New technology has expedited the production of such drugs, and it has even added newer synthetic and yet addictive products such as the Crystal Meth. Globally, addiction to drugs has destroyed the lives of millions of individuals. Meaningful statistics are not readily available thus making it sort of hard to come up with approximates of the number of deaths that are brought about, directly or indirectly, by the consumption of illicit drugs.

As per the article by Daniel Burrus, Is Technology Good or Evil? there are several aspects of technology that only require proper handling, and they are advantageous though they have the potential of causing harm. There are a number of advantageous impacts of automation which is an application of technology that carries out tasks that are otherwise done by humans. Automation brings down or does away with the tedious and dangerous duties of doing work, and it as well performs the tasks more reliably and in better more accurate ways that humans would. Automation brings down the costs of carrying out tasks or finishing out assignments. In the society, particularly just societies, it is a common phenomenon to see that most individuals are getting raised incomes, and they have more time to spend with friends and families because automation has simplified duties. But in the current world, the current world of technology that we live in today, the advantageous aspects of technology such as automation has been only seized by a small percentage of wealthy elites whereas a majority of the people are losing their jobs to technology.

The advent of television brought about exposure. People were now able to see and hear things that were happening in the various corner of the world. Television is one of the best mediums of entertainment as well as it has a large probability of educating people. Despite the benefits that television has brought to our lives, despite the beneficial cases made from television, television is widely misused, particularly for children. Television is seen to be consuming time as well as the energy that would rather be used for physical, social as well as intellectual activities.

According to Ray Kurzweil’s talk, The Accelerating Power of Technology, “there are a number of technologies that are having obvious apparent advantages and the same time possess detrimental side effects that are only visible or rather manifested after long-term usage of them.” The most difficult issues are arising with new technology. There is new technology that is attractive, with wonderful characteristics, while there is close to nothing that is known about the probable side effects of the long-term use of these technologies.

Genetically modified organisms found in food products are a profound example of such new technology. This can be attributed to the novel nature of the technology as well as the traditional laws that are concerned with food regulation that is deemed to me lesser accurate considering the current world we are in. Eyebrows are raised since there are a number of investigations, though small scale, that have been carried out and they are showing that there are some problems that are associated with GMO, and indeed there are some that are quite serious though they are not being followed up or solutions being searched on how they can be corrected (Rosenbusch and Andreas, 451). There are a number of large corporations that are benefiting from the use of technology and they are strongly motivated to be in the defense of their products, as thus it is this kind of corporations that are funding the researches to come up with arguments that are in the favor of their products and there is no force out there that can counter attack their force of persuasion. The corporations have all the resources that can be needed to protect their products and their manner of usage of the technology, any offended party normally lacks the ability and enough resources to counter-attack such corporations

Conclusively, there is a need to carry out careful studies on products of new technology before their use is recommended. The studies actually ought to be done by independent public agencies that are able to look for harmful side effects of these technologies particularly the probably consequences that arise from their long term usage. What this recommendation tries to elaborate is that new technology is indeed beneficial yet at the same time it has a number of dangerous effects that need to be watched out for and taken care of before the technologies are fully embraced otherwise the dangerous effects of new technology will increasingly be felt with the continual development of technology.

It is the same features that make the newer technology better in assisting us in carrying out our tasks more efficiently and be broadly connected are the same traits that are responsible for bringing down the quality of face-to-face communication. Considering the traditional forms of technology used in communication such as the letters and the home phones, the traditional technologies were not allowing users to multitask and they were hardly portable as compared to the newer technology that carter for multitasking and are highly portable. Technology companies are each trying to come up with newer features that would make our laptops, tablets, phones better so that they can be more efficient and be readily portable so that a user can have them wherever they are going and yet they are incorporating a lot more functions as they can contain in just a single gadget. This is a feature that was not present back in the days. It was never common to find an individual talking on his or her cell rather than communicating directly with the cashier or the individuals that they had gone to the store with since the home phones were never leaving the houses.