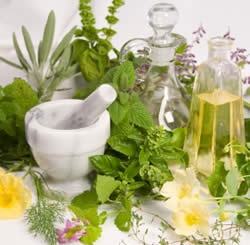 Alternative therapies are gaining more recognition with time. The main five types of the therapies are biological-based practices, energy therapies, manipulative and body-based therapies, mind-body medicine and whole medical system. Though these methods are not approved by FDA, they are widely used because of the perceived effectiveness, lack of side effects such as pain and fatigue, its accessibility and affordability.

Overview of Alternative Therapies and Use

Alternative therapies are treatments used as replacement for the conventional therapies and treatment. They are used instead of the standard practice such as the use of a particular diet to treat cancer instead of the chemotherapy used by oncologists.

NCCAM defines complementary and Alternative medicine as a group of varying medical and health care systems, practices and products that are not presently considered to be part of conventional medicine (FDA, 2006).

The prevalence of use of alternative therapies has increased over time. In United State of America, following treatment, 40% use CAM. Also 2007 National Health survey showed that 38.8% of adults used different diet supplement and mind-body therapies (Deng and Cassileth, 2013).

There is increasing believe that the alternative therapies is showing to be more successful than the general conventional method though this method is not approved by FDA.

FDA expressed that alternative therapies doesn’t have sufficient documentation on how safe they are and how well they produce positive results. Also, that they are not learnt in U.S. medical schools and had no provision for by health insurance providers. There are also the issues of it been harmful and not been used in correct dosage.

The methodology used is documentary research by studying various literatures on the types of alternative therapies available and why cancer patients use them though they are not approved by Food and Drug Administration.

There are many examples of alternative therapies but based on NCCAM, they are mainly categorized into five categories, which are:

These include the use of dietary supplement and plants products. They could be animal extracts, vitamins, functional food, special diets or other things found in nature. They are used with the believe that the feeding lifestyle would affect the growth and development of cancer.

This is done based on the concept that there are energy field in the body. The belief is to use this energy field to achieve healing. It can be done by controlling breathing and concentration, or adding pressure and movement through this field. Examples of such are the use of reiki, therapeutic touch and the popular tai chi.

This involve manipulating the systems, bones, joints, lymphatic nodes and other structures of the body by physically controlling them without the use of machines or drugs. Examples of these are massage therapies, using the hand pressure point to effect changes in other parts of the body known as reflexology, manipulations of joints and bones known as chiropractic and osteopathic care, Trager bodywork and others.

This is done with the concept that mind can effect changes in the body. The emotional, social and spiritual factors are used to directly effect changes and promote healing. The mind, brain and body are the main emphasis in this method. Examples are meditation, hypnosis, biofeedback, visual imagery, yoga, relaxation and many others.

This method evolved from different cultural backgrounds and parts of the world and this is based on the belief that human body can heal itself and the process is triggered. Example is the ayurvedic medicine in India with the use of balancing body and mind, the popular Chinese acupuncture in which specific points in the body are stimulated to promote healing, and naturalistic use of different methods to make body heal itself naturally.

Though the Food and Drug Administration do not approve the use of alternative therapies as a means of treatment, the rate of use has increase with time due to some certain reasons. Some of these reasons are discussed below.

Over the time, much credence is given to alternative therapy as a successful way to treat cancer. The conventional method takes cancer to be a localized disease affecting a specific part and thus cutting the tumor or killing it with radiation or chemical therapy. But often after this, the cancer is still present. Alternative therapies which take cancer as been systemic, involving the whole body and the tumor as just symptom, consequently treating the whole body, is more relied on.

Worries of conventional cancer treatment and some of the stress associated with these are reduced with the use of alternative therapies and the patients feel good that more is been done to care for themselves.

Those diagnosed with cancer accept that alternative medicine will not in any way interfere with other treatments or medicine should they choose to later use the conventional method for the cancer treatments. This gives the assurance that they have nothing to lose.

Also, the alternative therapy is more accessible, woven to almost all daily activities and believe. Together with this, it is very affordable and can be paid for easily from ones pocket without placing heavy reliance on health insurance.

Apart from alternative therapy taken to be safe, having no adverse effect, as against chemotherapy, it is perceived as potential to treat chronic diseases that defy the conventional therapies.

Food and Drug Administration frowned at these methods of treatment because there is no much documentation about their effectiveness and safety, they are not been thought in America medical schools and the right dosage of these therapies are not known.

Though not approved by FDA, there is a wide use of the alternative therapy by cancer patients because of its perceived effectiveness, lack of stress and side effects, ease of accessibility and affordability without much dependence on provisions by health insurance and the belief it can effectively cure various chronic diseases that the conventional therapies can’t cure.