Cyberwarfare is a relatively newer concept where the digital world and technology is being used as a means of war against some sort of enemy. A very common and day to day example of cyber warfare is the act of hacking or accessing someone’s private information against their will or permission, in an illegal manner, and the information is then used for various purposes, or something just for blackmail as well. However, it has become a growing concern for nations who are at threat by other nations having strong technology since hacking isn’t just limited to individuals anymore, rather cyber warfare has been threatened to be used against entire nations to show strength, get aware of secrets and weaknesses of an enemy straight and exploit those weaknesses against them as well. This is also why cyber warfare and the general extent to which cyber-attacks should be done is an international conflict which exists between nations, since not every nation has the same amount of resources and the same amount of technology which is required to carry out such an extensive and carefully thought out plan. However, as of now, a limit does exist according to which a cyber-attack shouldn’t be harmful to any nation in any way. (Ranger, 2020) 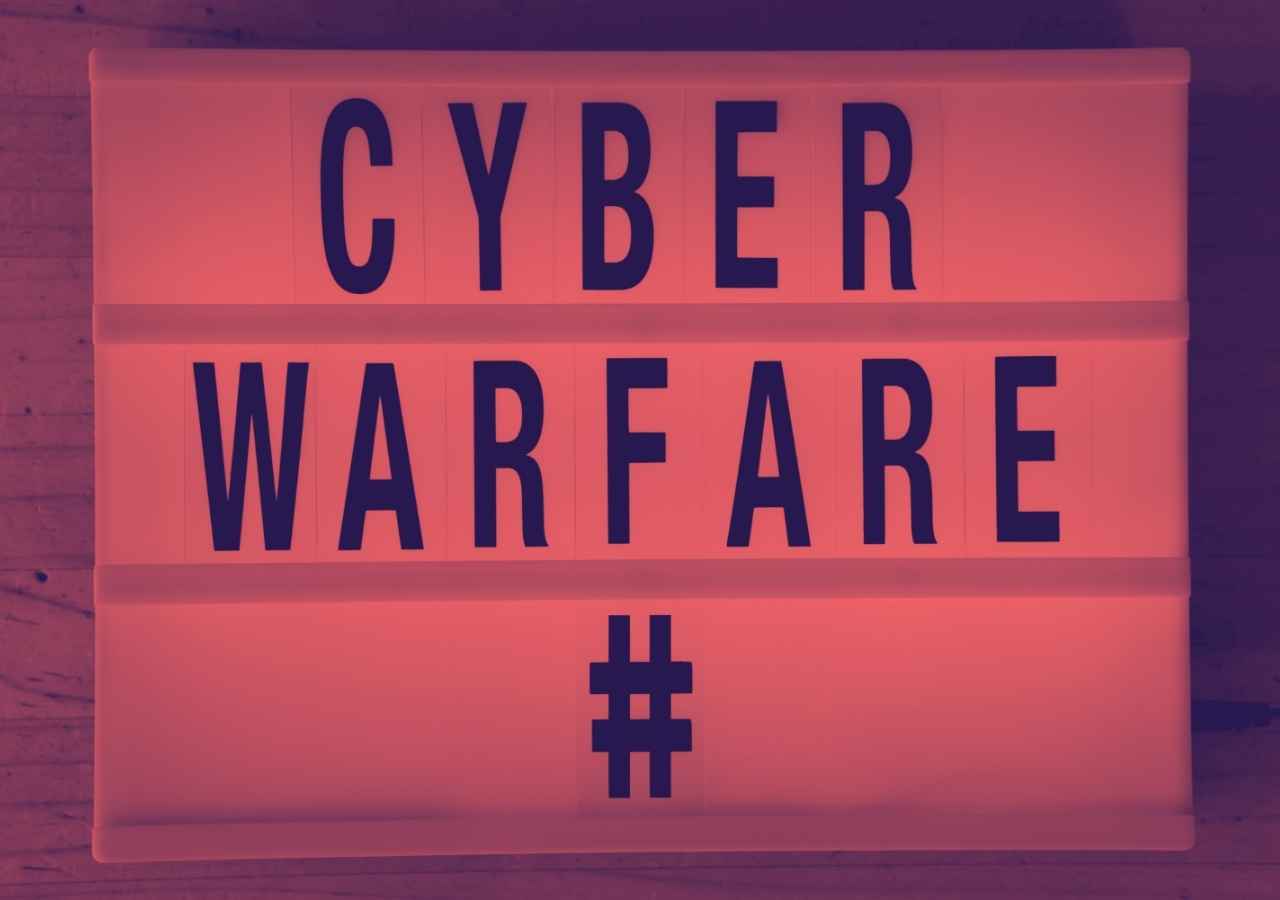 Background, Description and History of the Issue

Even for a country as well developed and established as the United States of America, cyber warfare has been an increasing issue for the past eight years. So much so that upon testing, the government was able to figure out that only two professionals of cybersecurity hacking and proper skills are needed to hack into the private government documents and even gain access to weapons and war material that the country has. Thus making cyberspace one of the biggest vulnerabilities that every nation has had to fight against. There have been many different noticeable and famous cyber-attacks in the past, which have been mistakes other companies and nations have learned from, as to avoid a repetition of a similar sort of attack. The first attack goes as far back as 2010, when Stuxnet was introduced, which was a cyber-weapon used against Iran to ruin their nuclear weapons and power by having the ability to cause actual physical damage to those nuclear weapons. The next big one was in 2014, by the Russians and against the Ukrainians, where Russians had a DDoS attack, limiting and removing the internet in the country in an attempt to take control of the country. In the same year, Russian cyber-attackers also took over the presidential campaign, just three days before the election, so that there was chaos everywhere, and everybody would choose to have a Russian leader instead. One of the most recent ones were in 2017, when an attack called ‘WannaCry’ attacked Microsoft computers in over 150 different countries, affecting the overall status of the company and the reliability of its products. (Orr, 2020)

Since the issue is an ever-growing one, there are new updates to cyber warfare every other day, with new advancements making the vulnerabilities a little less obvious, but at the same time, making the hackers and technicians much smarter to deal with the harder security systems which are being set up against the systems. There is a constant battle between the nations and companies who are at high risk, and the hacking parties and groups are actually going ahead with the cyber warfare, and there are constant developments as well. If either side stops trying to beat the other, either cyber warfare wins or the nation’s security systems are defeated forever, or the nations get permanent protection in their systems by overcoming this vulnerability. Therefore the current status of cybercrime is just a series of news showing that nations have made their defense systems stronger, with another headline following that hackers and computer scientists have managed to find gaps and vulnerabilities in the newest and most modified of the security systems that the companies and nations have set up for themselves. So much so that countries actually hire hackers to get inside the mindset of a hacker and see in what different ways can the security be broken into, and then the same hackers are also able to give insights on how the security system can become somewhat stronger and less open to vulnerabilities which expose the nations and companies out for the world to take advantage of. And this also shows the future; however, one side will eventually win, leaving the other exposed and vulnerable. (Robinson et al., 2015)

Issues and Various Points of View

Since there are different ranges on which cyber warfare can take place, most of the issues are linked with the level of warfare and thus the intent of the attack as well. For instance, the attack could be made for something as simple and small as accessing fellow employees’ financial records, but it could also be as severe and as big as terrorism attacks, which can affect entire nations, and at times, more than one nation as well. The first and foremost issue linked to cyber warfare is the issue of privacy concerns. It is this very reason why so many are so reluctant to shift towards an entirely online and digital life, since having everything digitized means that every memory, every action, and every choice that a person takes, is being stored somewhere which could, later on, be accessed for an ulterior motive. Similarly, the warfare also has a highly ethnically conflicting concern attached to it, according to which companies that claim privacy should have defenses as strong where hacking and such attacks aren’t possible. There are so many instances when people suffer from such heavy losses, and the nations or organizations who were in charge of the security are completely reluctant to take responsibility as they claim that their defenses were perfect with no loopholes; the hacker must have found another way, which isn’t possible since most companies don’t even bother enough to check how vulnerable their security actually is. This raises a big ethical concern in people, who are promised privacy and security of their data, money, personal information, etc., but are otherwise betrayed because even the strongest of companies are sometimes dumbfounded by the type of attack that took place, unaware of the vulnerability and gap from which the attack became accessible.

There are some benefits and some advantages of cyber warfare as a whole. Looking at the benefits first, and the biggest one that comes to mind is that nations that are most at risk have greatly developed and invested in their technology departments in order to stay one step ahead of the hackers. This, in general, has made people feel a lot more secure, and even the governments feel a lot less vulnerable to outside and enemy exposure since they have strong defenses up and teams working on keeping the security up-to-date, around the clock. Similarly, another benefit of cyber warfare means that nations are very careful about their sensitive information and have resorted to much more formal ways of conducting the meeting. As it can often be observed, some of the most sensitive of meetings take place inside offices which are entirely signal free, free from technology and any kind of device which may be hackable.

However, there is no doubt that the cons definitely outweigh the pros, in a way that it creates a very uncertain and unstable situation globally, where anybody’s sensitive data could be accessed at any time, without their consent. And like all other situations, in this one too, the poorer and more backward nations suffer the most since they don’t have the funding or the resources to set up stronger defenses for their nations. Thus it eventually becomes a game of the developed and richer nations, who can even treat smaller and weaker nations as puppets because of the high level of power they hold over them. (Messmer, 2020)

Your Comments or Evaluation

According to personal opinion, cyber warfare, as wrong as it may be, is an inevitable thing in the world. Human beings are the ones who created this ‘monster,’ which is the digital era, in which everything is online, everything has a backup, and nothing is ever truly let go of. It goes against the natural way of how things were planned out to be, where nations got the chance to make mistakes and have it be forgotten. However, in today’s world, the digitization of every single thing, from the toilers down to a single coffee mug, is what has allowed something as severe and as big as cyber warfare to enter into a nation. A country and the world cannot expect to create something and limit the extent to which that thing can be exploited, and this is exactly what the internet is. An endless pit of opportunities, where more and more indulging and dangerous things are brought in front of the world because there simply is no end to technology.

It can, therefore, be concluded that cyber warfare is a constant battle that the entire world has to fight. It is an inevitable problem that exists due to the high level of exposure countries and people have created for themselves. Once digitization is allowed into the life of a person, or in general, the way things are done, the effects and possibilities of that digitization cannot be limited because of the endless options that the digital world tends to present. And cyber warfare is just a single aspect of that, which will have a long future of constant battle between putting up securities against attacks, which will eventually become obsolete and hackable too.