Advantages and Disadvantages of Brexit

This paper discusses about Pros and Cons of Brexit and Impact of Brexit on UK Economy. The UK’s decision to leave the EU has left everyone wondering how it will affect people associated with business. On 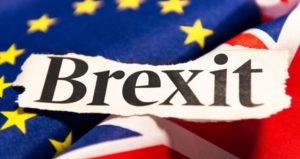 June 23rd, referendum was announced from European Union. It was perhaps a better decision at state level that why would their country be paying taxes to Europe when they are getting nothing in return. All debits were imposed on UK so it was rather a good decision to get away from them. London is ranked as “number 1” in world with respect to tourism, as it has 18.82 million visitors in a night. Now here we need to know that what is “BREXIT”, perhaps BREXIT means British to be exited from European Union. Hence there are many pros and cons of BREXIT so we cannot say that it was totally bureaucracy or the British were really tired of paying taxes to the EU and wanted to get rid of the situation. Here we will consider two majors for our focus namely, “Recruitment and retention” & “Organizational Management”.

BREXIT had many negative impacts on business vendors. First of all free entry for EU nationals was banned, which caused to increase in cost of business. People who were vendors and sell their products by travelling from one country to another were now facing a big problem because BREXIT was causing loss of revenues. If we think at a broader level and say that your organization is headquartered in London and you have offshore production units in Romania and Bulgaria. You cannot manage your organization in that way as free entry will not be possible in UK. You cannot move your HQs to Europe as you have spent years to make business relations and business values. You will have to pay custom taxes in order to receive goods from EU members.

A drop in immigration would mean more jobs for the people who remained, but labor shortages could also hold back the economy, reducing its potential for growth. There are also skills shortages in the UK workforce that would hurt some sectors. UK has highest proportion of EU nationalists in hotels and restaurants, but now they require visa for working. BREXIT on literal meaning was to kick out the EU nationals and recruit only the people born in UK. On average about 3 million were EU based which were destructed by BREXIT and causing 3000 businesses to be down. Now it was a challenge for HR to recruit blue and white collar jobs out of British nationals only. Previously there was a competition for jobs in UK as from 26 countries people tried for jobs. So the company had best employee for their organization, acquiring mixed and multi skills. Now blue collar jobs out of British were a big deal as right people for the right job were mostly not available.

Rising costs, lower budgets and extra administration is obviously a cause for short-term concern; as with other industries, there are pros and cons to the Brexit vote. The important thing for the economy was to put political differences aside and focus on seizing global opportunities. But Brexit was thinking at state level not at global level.

Conference and Incentive Travel Magazine have been running snap polls on the topic on Twitter over the last few months. In February they reported 70% of event planners want to remain in Europe. The last one in May showed 55% of planners think a vote to remain in Europe will be better for the events industry (Brannick).

It will be causing problems for people born in UK, who are working in EU countries as they would also be losing jobs due to effects of Brexit.

So it was negative for those whose customers were waiting across the borderline or the companies have multinational employees.

BREXIT on the other hand had positive impact too. Firstly, it will help in decreasing overcrowding which UK complains that it affects its economy on a large scale. Moreover UK skilled workers are working in other countries BREXIT will help to bring talent back to UK. When overcrowding will decrease then HR can easily find the right person for the right job. This will help in overcoming unemployment of people born in UK.

Thirdly, it will help UK government in lowering taxes on every item as government will not have to pay extra at least 7 billion pounds for the membership. So new businesses will grow and government will build new industries and plants in order to improve their economy. This all will lead to make every item cheap and households in UK would be getting richer.

British Tier 2 visas are just as of now accessible to specialists in graduate-level employments paying at any rate £20,800. As per a study embraced by Path Motion of 75 top UK graduate businesses, 49 percent said they were probably going to bring down their admission of graduates post-Brexit, however 25% said they would probably expand enrollment of British graduates. Be that as it may, in the cordiality business graduate-level occupations over £20,000 represent only 6 percent of representatives.

This all will lead investors to invest in their own country and hire their own people. This will help in increasing economy and will lead towards a bright future for UK.

The whole essay would be concluded by saying that we should take our personal benefits to a side and think global benefits. This will help us to be united and develop better inter-country relationships. UK is now free to have partnerships with any of the countries. At this time it is hard to say that either it is a good decision or not but business analysts say it would be a fruitful decision for UK in future, as UK will have Positive And Negative Impacts of Brexit on its economy.