Since the Brexit poll, the business atmosphere in the UK has been characterized by rumors of all sorts. On one hand, analysts have predicted a looming period of inflation that will likely affect several sectors important to UK’s economy such as the construction market. On the other hand, economic analysts have not ruled out the potential effects Brexit will bring to the UK but have forecast that the changes may be temporary, especially those affecting the housing sector (Busch & Matthes 2016). If the survey at the beginning of the year by financial group, Smith & Williamson is anything to go by, then there is not just hope for clients willing to venture in UK’s construction market but opportunity and ready market as well. According to the survey, only a paltry 15 per cent of property and construction executives based in the UK were pro Brexit. This indeed gives a lifeline and confidence in UK’s construction market (Lynn 2016). Based on the above observations, it is imperative to give potential clients an insight into the dynamics of the UK construction market.

Dynamics of the UK Construction Market

The UK construction industry generates a whopping £90 billion yearly. This accounts for 6.5% of GDP and 6.3% of UK jobs. In general, this market sector employs more than 2.9 million people (Ebell, & Warren 2016). Despite the 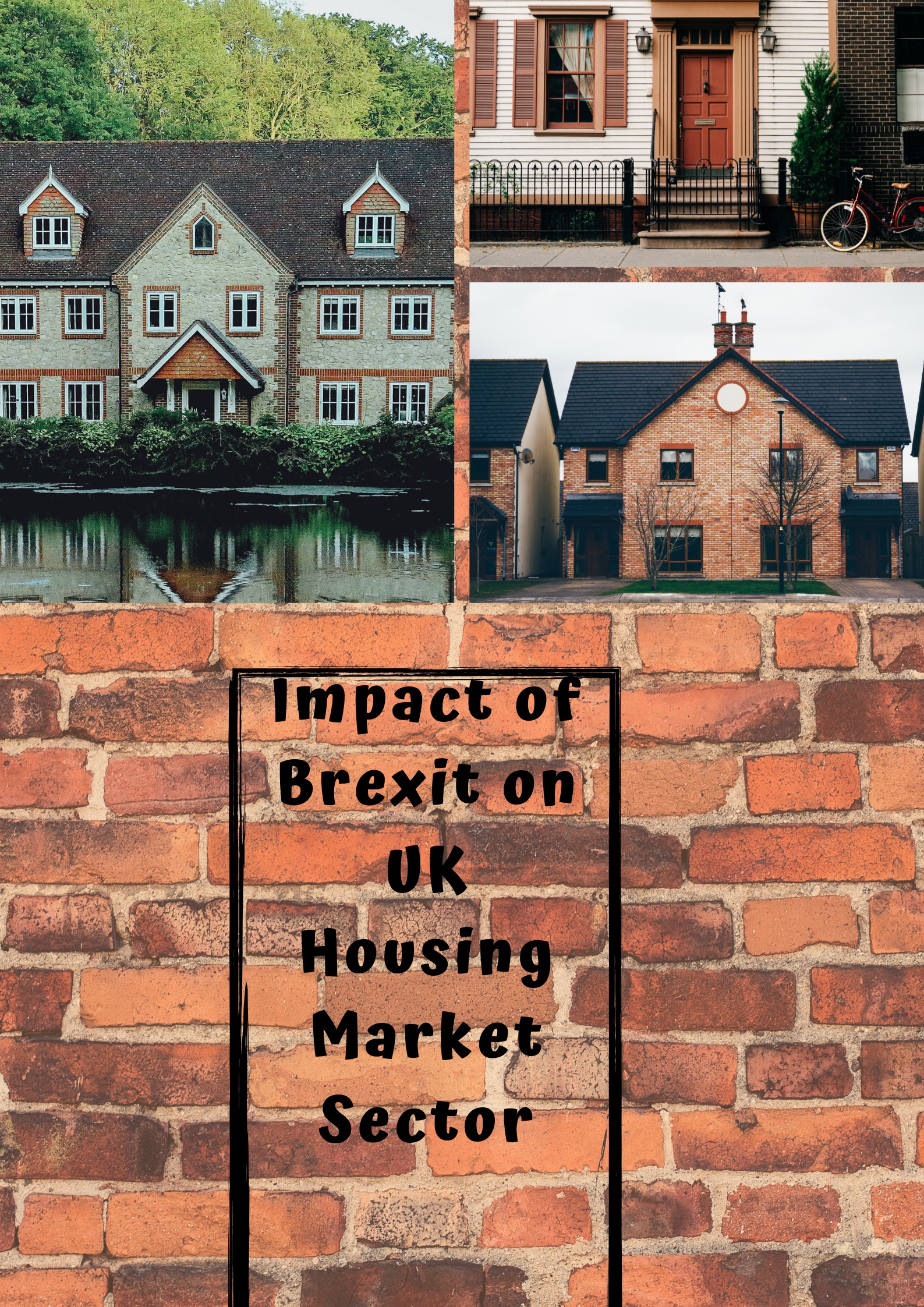 fact that the UK construction market is predominantly domestic in nature, Brexit will affect it since a number of people from other European nations have invested in it (Atkinson 2016). Consequently, aside from the EU referendum result, potential investors in the UK need to take note of two key influences on the housing market in 2016: First, the stamp duty introduced two years earlier which saw the upfront cost of purchasing a home increase rapidly. Secondly, the introduction of a high taxes on second homes. However, eight months after the Brexit vote, UK construction industry has witnessed a significant growth in terms of construction activities. According to Kierzenkowski et al (2016) new orders flooded the month of December despite the weakening pound having driven firms’ material costs to their highest in half a decade. For example, a recent survey showed that purchasing managers in the construction market rose from 49.2 in August to 52.3 in September. This paints a good economic picture than many hardly expected after EU referendum. Therefore, clients should consider the following factors as they look forward to venturing in the UK construction industry.

Supply refers to the connection between the cost of a good and the quantity producers are ready to make accessible for purchase in a given time frame while other factors remain constant (Ball & Seidman 2012). According to the law of supply, if other factors remain constant more goods are supplied at higher prices since at higher prices firms are likely to gain profit. Supply of construction materials in the UK market is consequently affected by several factors as mentioned below:

Demand refers to the quantity of a good or service that consumers are willing to buy at any given price during a particular time-frame as long as some factors remain specific constant (Rios, McConnell & Brue 2013). The main factors affecting product demand in the UK are mentioned below;

The Macroeconomic, Sector-driven and Firm-levels

Macroeconomic policies adopted by the UK government enables it to achieve set economic standards and goals. The macroeconomic level of the UK economy deals factors that are in line with improving the well-being of citizens in her jurisdiction. Such include; the unemployment rate, economic growth, the inflation rate, payment equity and even exchange rates. Thus, in order to ensure upward economic growth, the UK government has addressed issues such as unemployment by adding more employment opportunities to citizens. It has also lowered its exchange rates to accommodate partners within and outside the EU. The economy is also driven by the public and the private sectors investments. In terms of firm levels, the UK firms operate at three levels namely; Primary production which involves acquiring raw materials. For example, metals and mining of coal et cetera. Secondary production which involves the manufacturing and assembly process. As in converting raw materials into finished products (Rios, McConnell & Brue 2013). For example, building bridges and roads and lastly tertiary production level which refers to the business benefits that bolster the generation and appropriation handle as in advertising, health care, warehousing and other services.

Metropolitan London and other UK Regions

Generally, UK’s main regions have a tightly balanced housing supply and demand. This may be due to the population trends in some of these regions. For example, low levels of population growth continue to be seen in Scotland. Particularly, low population density characterizes Scotland (save for the central belt), Northern Ireland and rural England, Wales (save for Cardiff Bay and the Welsh Valleys) (Imhoff et al 2013). Locations that have the highest levels of new social housing are majorly in London for example the London boroughs, parts of outer London, Belfast and some Scottish local authorities. Scotland on the other hand has seemingly benefited from relatively higher levels of social housing than England in the recent years. In terms of rent rates, most of the highest market rates for private rented houses are found in London, northwest of London, the South East and along the M40 corridor. Rental levels in the following group form an external ring stretching out into the West of England, along the south drift and into the southern Midlands and East of England. The most minimal market rents are in regions of the North West, North East and Northern Ireland. Wales has a low level of lease variety, from £85 to £121.06 (Coles 2016). Scotland’s variety in market rents is more extensive; they are most minimal in the Borders. Thus, in the UK variation of rents is minimal indicating government’s commitment to housing regulations.

As of January 2017, construction output had fallen by 0.3% as compared to December 2016. Nonetheless, after the Brexit effect, output growth has risen on a 3-month basis by 1.9% (Imhoff et al 2013). Similarly, repair and maintenance in the construction industry fell by 1.4% in January. This consequently affected the public and private housing sector since the repair and maintenance likewise decreased. On the positive side, however, new construction work began sprouting and increased by 0.1% in January of 2017 (Inman 2016). This trend continued for the following months with the same percentage unlike in the previous three months that saw an increase with more than 2.1%. Imhoff et al (2013) note that infrastructure likewise developed month-on-month for the third time consecutively, expanding 3.5% in January 2017. General yearly development yield development has expanded for 2016, to 2.4% from 1.5%, because of upward modifications for every one of the 4 quarters, including an amendment of 0.8% in Quarter 4 (Oct to Dec) 2016, from 0.2% to 1% (Coles 2016).

Financial services are a highly-regulated industry in the UK. Despite the fact that much of UK’s financial regulations come from Brussels, Brexit may not affect her financial regulations (Buckle et al 2015). It is along these lines improbable that the UK will nullify or revise critical parts of the money related administrative law. Where the prerequisites have had coordinate impact in the UK, through regulations, then the UK would need to choose whether to embrace these necessities or permit them to pass on a Brexit.

Dhingra et al (2016) acknowledge that the Brexit vote has battered shopper confidence in the UK. A research has also discovered that most citizens in the UK highlight stresses over future economic situation and possible inflation. For instance, six in 10 respondents, or 60%, expected the general financial circumstance to exacerbate in the following 12 months, up from 46% in June. Just 20% of buyers anticipated that it would enhance from 27% in June. On the same note, there has been a growing concern that investors are opting for other construction markets aside from the UK following the Brexit pole. However, that should not be the case since the poll has had minimal impact on the construction industry. Investors should on the contrary embrace confidence for no business venture can prosper without undertaken risks.

Conclusively, the UK Construction Industry has witnessed a mixed range of fortunes since the Brexit poll. The immediate effect of the poll for instance saw reduction in housing activities since the value of the pound crushed in the stock market. Similarly, eight months after the poll the industry was at its feet again thanks to stability of the pound in the stock markets. The rise has continued and UK’s housing market is once again competitive. Investors and consumers should therefore take this opportunity to venture into this booming sector before it is flooded with competition.

The Impact of Brexit on UK Economy