Using the Semiconductor Industry as an Example, Explain how Japan’s Economic Strategy and Ideology, Industrial Policy, and Economic Structure Resulted in Trade Friction with the U.S.?

Japan’s dual-use technological capabilities are an issue with strategic considerations. Foreign policy leaders in America understand the issues and know how to deal with them. Regrettably, their clarity of mission and capacity to respond to threats does not exist with regard to long-term economic threats from Japan. U.S therefore needs to examine the current changes in Japan’s industrial policies. This means that the United States will have to take great steps with its capacity to handle economic threats. Since an economic policy is central to the sustainability of a nation’s strength, it is therefore important for Americans to take the same degree of precision (Ellis, 47). This will help in analysis of foreign economic threats. Additionally, American miscalculations on foreign economic threat with regards to Japan are derived from political and ideological biases of its leaders. This can be seen from the perspective of government intervention in the business of the economy. This is what is considered as the issue of industrial policy.

The economic threats that are underway in Japan suggest that their economic position is likely to strengthen as their recent economic policy changes. Japan’s economic development model perceives government intervention in policy making ensuring sufficient human investment. This allows the creation of competitive environment for private companies. At the same time it maintains an open economy for international trade. This further maintains macroeconomic stability for the country in relation to competing countries. Japan has since been conscious in its policies. It has successful practitioners of developmental economics. It has also been to task of coaching the Asian community about the virtues of industrial policy. Japan’s industrial policy refers to the country’s official measures to direct economic resources into specific sectors. It includes channeling of economic activities that are considered important for the growth of the economy. 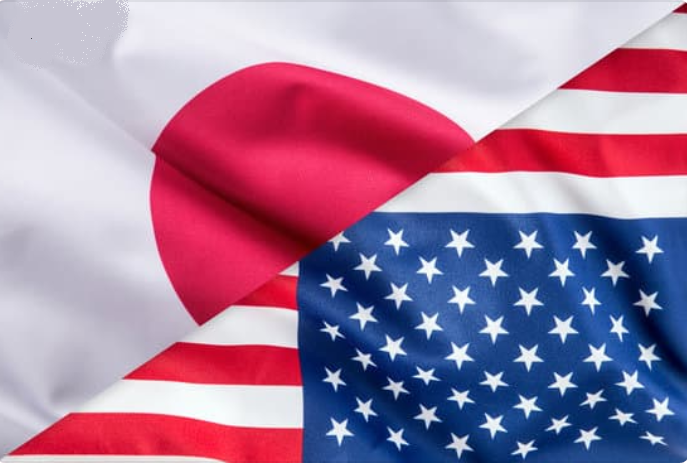 Japan’s economic strategy and ideology, emphasizes on manufacturing. This is because the field of manufacture contributes positively to economic growth. Thus manufacturing jobs pay more and the exports here earn more. Services and specialized technologies including the field of communications are linked to manufacturing, this is essential to an independent national security. Economic strain between the two countries results from Japan’s action of abandoning the constraints of its overly managed economy. Japan is moving forward to look for more open, market-oriented strategy and thus the development of semiconductor industry. It is clear that for the past 8 years, Japan’s global competitive position in the field of manufacturing has slipped for a number of reasons. Japan’s manufacturing has slipped because of the reduced productivity growth and declining price competitiveness. All this is as a result of technological advancement that cannot compensate for Japan’s high wage disadvantages.

Despite their competitive manufacturing, Japan will experience a significant surge in its economic growth because of the recent tsunami. Their growth since 1996 was as a result of several economic factors such as changes in regulations, overseas direct investment, exchange rate adjustments, industrial restructuring, capital investment and most importantly employment gains that were centered on medium size and small firms. The firms account for 70 percent of economic activity in Japan. Their competitive industries have since been strong in international markets. Japan is growing to a larger percentage its dependency on foreign markets in manufacturing. Japan is a strong competitor of the U.S since it is basing its strategy on Asian markets. It has put aside aid and financing resources that to up projects and thus it has remained strong in manufacturing and technology applications. This has resulted into a weak tie with the U.S. Japanese overdependence on the U.S. market for exports is ending and thus developing the friction between the countries. Japan is therefore emerging as a more independent focused actor on the global economic market.

Evaluate the Techniques the U.S. Used to try to Manage Trade Friction with Japan, Comparing the “SII” Case and the Framework Talks. Do you think the U.S. Handled these Skillfully and Succeeded?

Americans have emphasized political fragmentation. They are using Darwinian view of the world to undervalue the role of institutions in economic policy formation. U.S is assuming that the market allocates resources efficiently and that their current technology is increasing through the accumulation of knowledge. All these sums up to the fact that prices are all the information needed to maximize economic progress needed. Their policy policymakers are giving a serious consideration to the shifting economic strategies in Japan. Their hopes rely on the seemingly America’s stronger global economic position. Even though Japan has come through economic difficulties stronger and without the social disruptions of American corporate downsizing and restructuring, they will still face the strong opposition from American manufacturing corporations. America is currently moving toward a more market responsive economy. It is also reinforcing its incentives for S&T and regional infrastructural investment.

United States has taken great steps with its capacity to handle economic threats. This is because economic policy is central to the sustainability of a nation’s strength, it is therefore important for Americans to take the same degree of precision. This analysis of their policy has helped in combating foreign economic threats. Additionally, American miscalculations on foreign economic threat with regards to Japan are derived from political and ideological biases of its leaders. America is now reviewing policies that are important for their economic well being. This can be seen from the perspective of government intervention in the business of the economy (Ellis, 50). This is what is considered as the issue of industrial policy. America is using its economic factors in the assessment of national strength in order to change more rapidly than their military capabilities. This has been a great step especially under the guidance of bureaucratic initiatives. America has therefore concentrated its resources and talents into the defense bureaucracy and marketing of their manufactured goods. American analysts argue that economic strain between them and Japan does not call for bold initiatives in Asian relations. They still believe that Japan’s current economic downfall gives a primary loose-end in the global system.

America did make efforts to introduce either numerical targets or numerical indicators in the Asian markets and they only settled the “objective criteria” with Japan. The two sides have not agreed yet on interpretation of “objective criteria” for their policy implementations. U.S has made a considerable number of talks with Japan, in fact, it has held up public airing of disputes. This has been regarded as a sign of a healthy relationship. Americas and Japanese biggest issue was on autos and auto parts. This accounted for the bulk of the U.S. trade deficit with Japan. U.S had an agreement on issues as Japanese Government procurement of goods. The U.S has also threatened Japan with sanctions. Their threat involves invoking Section 301 of U.S. Trade Act. This move can amount to a trade war, but it has since been averted when they reached an agreement. They agreed that the move on Japan would violate GATT rules. America is looking for on how to reduce the relatively closed nature of the Japanese economy.

Since Japanese tariffs on the average are low, U.S regulations and informal business practices have been combined to impede foreign imports and investments. Their agreement with Japan has brought about desired results. They have decided to adopt a results-oriented stance in trade negotiations. America opened trade talks that have culminated in framework agreements. They have promised to reduce budget deficits and improve competitiveness while keeping their markets open.

Briefly, How Trade Friction Between the US and Japan Continue in Multilateral Settings?

America and Japan have since realized that in a market economy there is a strong presumption that competitive forces channel resources into their most productive uses. If their markets fall, the governments need appropriate interventions. United States has to take great steps with its capacity to handle economic threats. Since an economic policy is central to the sustainability of a nation’s strength, it is therefore important for Americans to take the same degree of precision. This will help in analysis of foreign economic threats. Even though Japan has come through economic difficulties stronger and without the social disruptions of American corporate downsizing and restructuring, they need a weaker competition from American manufacturers. America is currently moving toward a more market responsive economy. It is also reinforcing its incentives for S&T and regional infrastructural investment.