Impact of Social Media on Communication

Not enough can be said about how communication as changed with the help of the internet. It is amazing how fast and reliable it is to communicate because looking where wave come from it is revolutionary. With the help of social sites like Facebook as one of the foremost in social communication platforms the world is virtually connected. Friends are made, moments shared and news exchange in the easiest way, the touch of a button. Twitter, Instagram, vines,… etc. are platforms for communication that are available with abundant materials pictures and people. So much can be done nowadays with a phone that would have taken a longer time a while ago. (Mergel, I. A., et al, 2013). 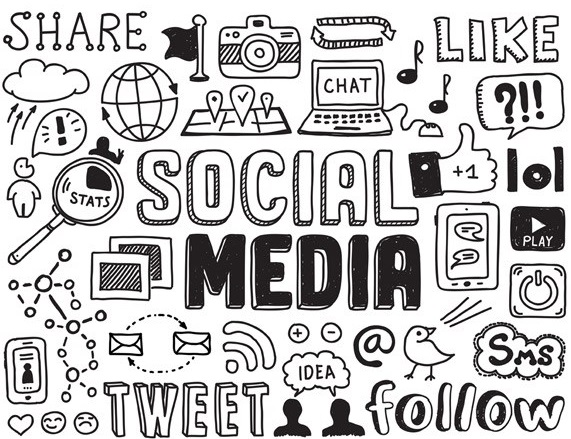 Social media has its blessings and people worldwide love if for it allows them to have a say in any topic in the world, you can start your own blog at any time. Some to have a meaningful dialogue with people of equal mind, other want to feel included in the process of or involvement of something. Many use it for personal communication with others, to be listened to and shape what they consider to be meaningful and just like all would like, to find someone or talk to someone who is engaged in the same line of work or a different activity. Communication, from the above mentioned reasons can be able to fill all the aspects of our lives and can be a powerful tool. (Cristea, V., et al, 2010)

There are 3 distinct generations in the world today. There is the late boomers or those who are 50 years and above. They are called late boomers because they have been past with technology and usually have trouble operating some. They had the good life with movies and black and white TV’s and went outside to play and had so much color. The second is generation X which include those in their 30’s and 40’s, nothing could be said for certain about this group because they get both of the same worlds. They are somewhat in trend and could suit the late bloomers as well. The last ones are the generations everybody is worried about and they do seem to care. This is generation Y. they have all that the internet could give and know everything about it. They don’t have too much social interactions face on but do it through apps in their phones and as we saw, the internet can fill all the dimensions of what we need. As such they are at a risk. The internet some would say is a blessing if you use it properly but it could be something else, sinister even, if used in the wrong way (Basden, A, 2008). This paper looks at 3 different aspects of the negative effects the internet could have and more so on the latter generation.

The first field is the effects of internet in our social and interpersonal skills.

One Friday afternoon, a mum is chatting with her daughter asking her how was school. The daughter replies it was fine she went to class and the like, then she finishes with a big smile emoticon reassuring her mother that she is fine. Later that evening, she attempted suicide, an article in Forbes relates. (Hannah, K. C, 2005). She had locked up herself in her dorm room for day and showed a great amount of depression her friends said. Studies show that human communication is 98% on physical and only 7% otherwise. It is only when you see this “I’m fine” then can you differentiate the real meaning from the fake one. (Mergel, I. A., et al, 2013). In the internet you can be whoever you want to be and without seeing, our audience are none the wiser. With technology we are most connected to the world but surely more disconnected than ever thought possible. Our social and interpersonal skills are affected in that we try to form relationships with pictures, emoticons, snippets and the like till we forget to actually interact with one another, and only know them through the phone and not in reality because they are not who they seem to be on phone. We forget how to talk to people, how to connect and how handle situations altogether. We trade a surrogate for the real thing. (How People Approach Information. , 2012).

“Too much chatter, too little real conversation.” A psychologist in California state university, Larry Rosen say that technology is distracting us from our real world relationships. In this day and age, many people focus on their virtual relationships than the actual ones, sure more connected but most disconnected. Over 30 years of research and as many as 24 countries involved in this research conclude that the biggest influence or game changers were social communications platforms, in connection to that portable computers and not even to guess, smartphones. (Hannah, K. C, 2005).  The most amazing this is that most of the Y generation could blame social media for missing out on a conversation and check their phones very many times a day without external efforts or being prompted to. In a proper setting, among friends or out shopping people usually are on their phone and one doesn’t have to look far but just the person coming or one who’s behind you. One of the driving forces behind this need to constantly check your phone is anxiety of the event in the virtual world. Many research also found that many conversations which are held on phone are seldom meaningful but other just have a yearning to show off to the world how their life is and some are pretending. (Mergel, I. A., et al, 2013).

As the world is now with everyone on their phones can we dare dream of how 2020 will be? Will things get worse which is what people expect or by some miracle, get better? Today is more so a problem because now the generation Y make up a certain percentage of the job market and the owners of these companies are the late boomers and communication somewhat falls short as they are on two completely separate levels. These devices we use have a profound effect on our lives. It is undoubtable that it molds us to became a certain way according to it. According to biology, and the common evolution, technology overtakes them because in a few short years it has ushered the world into a new age and who is to tell if it will get better because all evidence to the contrary.

One example is of the Oji-Cree people who lived up north in Hudson Bay. Before the invention of technology, the oji-cree people lived a fairly rugged and rigorous life and full of exercise. Back in those day, walking up to 100 kilometers a day was not uncommon. They were full of life and energy they attracted tourists who exclaimed that they had never seen a people ingenious, self-sacrificing and courageous. The advancement in technology however was one that left mark down to this day. It was not till the 1960’s did they get to see the modern combustion engine and electricity really began to change their lives. In the positive side of things, now they no longer faced the risk of extinction or the threat of starving during the winter, for now they could import their food and store it during the winter. They enjoyed modern conveniences like sugar and sweet tasting things and alcohol. They were more comfortable and dint have to work any harder any more. Television sets were becoming more and more popular.

Sadly, however the story ends tragically, since the introduction of new technology, the population has suffered from morbid obesity type 2 diabetes and heart diseases. Rampant social problems like idleness and alcoholism together with drug addiction and shockingly even suicide have attained higher levels on the entire globe. 40% of the population is almost certainly affected with diabetes and children born thereof are prone to it more than anything else. Obesity in childhood is also very common. (Hannah, K. C, 2005).  The effects of technology, yes can be good, but just the same can be bad. My personal opinion is that it can get better but it will get worse first before better.

Impact of Social Media on Teenagers