In the article, Bryan G. Cook and Sara Cothren Cook, focused on the evidence-based practices (EBPs) that were used as the institutional techniques in the special education, however, the research had identified about the gaps to improve the student’s outcomes. There was the clear understanding about the schools that were used the practice and got the results, those practices were recommended practices and were useful to facilitate the teachers or the special educators. National Autism Center identified the 12 establishment treatments regarding EBPs and National Professional development identified the 24 EBPs, however, there were the effective results in measured about the autism below 22 years. While concluding, it was the best practice, there was a need to do clear understanding and communication, the educators have developed researcher regarding the use of EBPs strategies. The article was same as the Evidence-based practices and implementation science in special education because gaps were identified.

Council for Exceptional Children: Standards for Evidence Based Practices in Special Education

The research had been conducted on the EBPs in the special education sector; there were the measurements of the quality indicators that advance training and the experience can be helpful in the educational research design. However, the research has focused on the programs of EBPs that can improve the instructor or parent behavior towards the special children as outcomes can be effective. The research incorporated with the 23 anonymous special education researchers, through the Delphi study and the research design was conducted, there were two or more groups, who test the effects. Moreover, it was known that methodology was trustworthy as the EBPs classified as having the positive effects. The article was similar to the CEC’s standards for classified the evidence base of practices in special education because Delphi research design was focused.

Thinking and Communicating Clearly about Evidence based Practices in Special Education

The article had focused on the gaps that exist between the practices implemented in the classrooms. However, it was 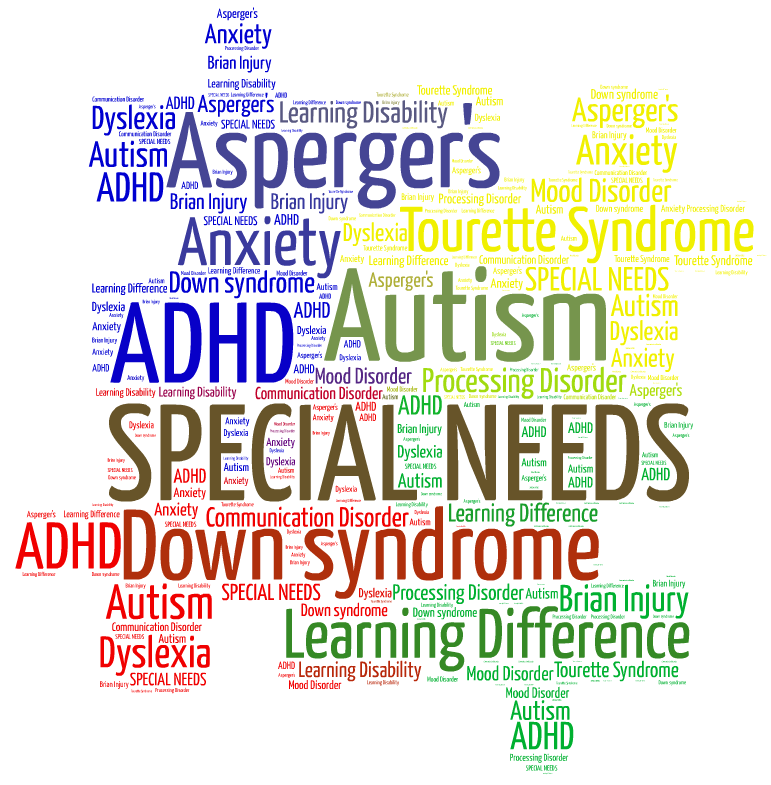 noticed that positive impacts were there if the EBPs implemented commonly in the classrooms. There were negative impacts on the students if the practices were ineffective. Most recent efforts were there regarding EBPs, as meaningful research support the instructional techniques. There was the research-to-practice-gap so that the student’s outcomes can be improved; there were the numbers of approaches, which have identified the most effective practices, EBPs result in influenced by the school practices and teacher behaviors. There was the broad improve the school’s outcomes regarding the understanding of the careful use of terminology. The article can be related to the Unraveling Evidence-Based Practices in Special Education, because the research did from the same perspective, as for how the teacher benefited the students, the focus on the benefits of EBPs.

The article had focused on the EBPs as how the teachers provide the services to the learners with Autism Spectrum Disorders (ASD), however, in the article; the research has focused on the National Professional Development Center (NPDC) that how the intervention practices can be sufficient, the 24 sufficient evidence were focused. Moreover, the authors have emphasized on the systematic implementation, of the EBPs practices. It was noticed that evidence must be blended with the professional expertise, as the people who given services should know about the strategies valuable. For the implementation of the practices, there should be the implementation checklist, so that the EBPs in the school settings can be ensured. The article was similar to the Unraveling evidence-based practices in special education because a study was done on the National Professional Development Center, and 24 pieces of evidence.

Evidence based Practices and Implementation Science in Special Education

The article did the research on the EBPs and identified that the practices were useful in generated the potentials on the effective educational programs, the significant advance field had the most positive outcomes, as the quality, maintenance, and implementation related to the EBPs. The article also focused on the history of the EBPs regarding the implementation of science. The exceptional children as given a special education, but the gaps were identified regarding abilities, scaling up, professional development, state-level implementation, etc. The gap was suspected in the special education; there were some of the devilish details related to the implementation of EBPs. Other articles also considered in the research that how programs or practices can be effective or designed flexibility. The article was similar to the Council for Exceptional Children: Standards for Evidence-Based Practices in Special Education because the positive result of the EBPs was discussed.

In the article, the research was done through the Delphi study, there were the EBPs standards, as the recommendation were also provided for the future, the research invited the 25 scholars nominated to do the comparison research based on the prominent special education. However, the research journals were considered from the years 2000. Moreover, the unique standard involved EBPs were identified; there were the findings from the group comparisons. However, the limitation to the CEC standards were also recognized, the EBPs focused on the outcomes of the learners that there was the meaningful improvement. The study and the research done in the article was similar to the article Council For Exceptional Children: Standards For Evidence-Based Practices In Special Education, the results were significant as the researchers participated in Delphi study.

In the article, there was the discussion about the EBPs practices through the teacher parent, as both need to cooperate for the effectiveness or best practices, the article mentioned about the parents or educators who do not have the adequate understanding of the EBP, and they do not understand what cooperation was needed. However, the research focus on the policy development those broad implications should be there to improve the school outcomes. The tool EBPs should be identified to so that institutional practices, improve the student’s outcomes. The research was similar to the article Thinking And Communicating Clearly About Evidence-Based Practices In Special Education because the article also focused on the classroom environment and parent-teacher relationship that there was the need to focus on the school practices and the teacher behaviors.

A Special Educator’s Guide to Successfully Implementing Evidence based Practices

Caroline Torres, Cynthia A. Farley, and Bryan G. Cook, in their article, focused on the education that should be given 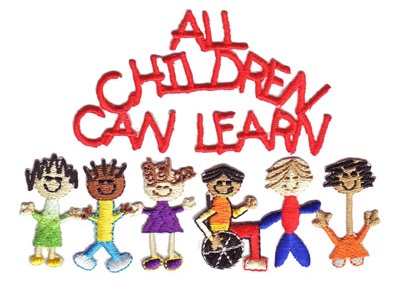 to the teacher, as there was the need to implement the EBPs, the research did on the application of EBPs that students with disabilities should be given high quality of the EBPs. However, the approach was effective to implemented and 10-steps implementation framework were need to be the focus on the successful integration of the EBPs. For the desired gains and the most effective teaching approaches, the approach should be followed, as there was the need to incorporate EBPs in the classrooms for the efficient results. There was the similar article, Facilitating the Effective Implementation of Evidence-Based Practices Through Teacher–Parent Collaboration, which also focused on the teachers training and implementing EBPs in the classroom so the success can be achieved.

Evidence Based Practices for Teachers: A Synthesis of Trustworthy Online Sources

The author Andrew J. Ecker of the article have talked about the 13 trustworthy websites, from which the teachers can know about that how to manage EBPs, there was the schoolwide framework, behavior, and social skills instructions, literacy instructions that how the teacher can implemented the effective strategies. However, the critical elements were also discussed, the EBPs were provided in the synthesis, and the evidence was there, so that clear and informative framework of EBPs can be provided to teachers. There were also the limitations in the article as the results were highly subjective and there was a non-scientific approach. Moreover, the article was different from the other EBPs articles because no other article provided the list of websites on EBPs effective.

Evidence based Practice: A framework for Making Effective Decisions

In the article, the authors have identified about the scientifically based institutional practices that how the practices can become ubiquitous regarding the special education. The article also explores the important aspects of the EBPs and describe the decision-making models that EBPs can be effective, and identified gaps can be overcome, in the article, there were the aspects related to the measurement validity, the article also explores the challenges that were inherent in the study. However, the article can provided the knowledge that how EBPs could effectively implemented. The article wass similar to the Evidence-Based Practices and Implementation Science in Special Education because the scientifically based instructional practices were discussed that how effective can be there in EBPs models.

Response to Intervention and Evidence based Practices: Where Does Technology Fit?

In the article, there were the discussions about the special educators that remain optimistic about the involvement of the technology in EBPs. However, laws and policies were for the technology strongly, because multi-disciplinary approaches can assess the general educational curriculum. The evidence was examined, and article illustrates the need for the advancement of the students have the learning disabilities there were many ways, in which technology tools can be integrated. The technology can be taken as the multi-tiered model in the special education. There was large-scale evaluation in the research and mathematical software, did not give the effective or encouraged results. The article was different from the other articles because the technological factors regarding EBPs were focused, as no other article focused on technology.

The article focused on the teaching academies that shaping the teacher was important as the teaching formats need to be effective regarding EBPs, however, there was a need to take the trails of the teachers and the one-to-one instruction should be given so that they can manage the students with disabilities. The article has identified about the evidence of the practices that there should be the systematic promoted and feedback so that variety of academic skills can be build and comprehension reviews can be given. There was the dominant result in EBPs academic environment, and content can help the students with serve mental disabilities. The article can be related to another article A Special Educator’s Guide to Successfully Implementing Evidence-Based Practices because in the article, the teacher’s practices were focused and framework was provided to improve the capabilities.

The ABCs of Evidence Based Practice for Teacher

In the article, there was the discussion about the Celeste and other teachers like Gerard; who were the special education teachers. Celeste said that material and training was given to them a bit she did not know that what she need to focus on with the new students, Celeste and Gerard both have the training, they know that about the programs and strategies they need to give to their student, however, they were trained. The article had provided the EBPs that the teachers should use the tools of EBPs as students can be encouraged in this way and goals can obtained. There was the identification of the EBPs that academic behavior and practices can help in achieved the goal; the teacher in this way can give the effective instructions to the students with the disabilities. The article was same as Evidence-Based Practice for Teaching Academics to Students with Severe Developmental Disabilities because in the article there was also discussion about the teachers that they should follow the effective practices.