Emotional intelligence is a collection of abilities and efficiencies also which you reflect depends on some situations. This quality makes easy for anyone to understand the true capabilities and skills in it. It is to recognize not only your abilities but also of others as well. Emotions are the feelings you express sometimes in front of others. It depends on your mood sometimes when you are in bad mood you show your anger to someone but you don’t and sometimes you are in a sad mood you wanted to cry or weep but you don’t or you do this control is also your intelligence at the time of emotions.

We most of the time when working in an organization we have to take care and observe the emotions of all the people working under you. Different people work in your organization with different natures so you have to manage all their emotions and control them at the time of any tense situation if occurs. Whatever your situation is you have to stay calm and must behave properly and according to the situation so that you will properly handle that situation and to your emotions as well. The qualities of emotions depend upon your mood swings as sometimes when you are in a weird mood you don’t even want to talk to anyone but you have to communicate at that time as a must. 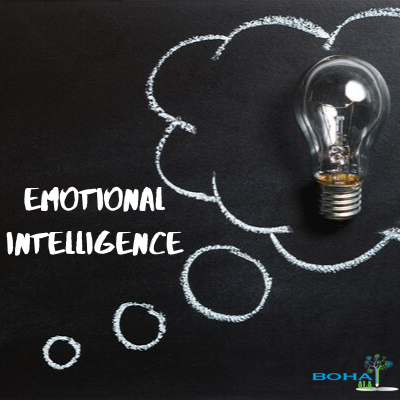 Therefore, you will act at that situation but not properly or happily and sometimes, there came a situation when you want to express your emotions but you cannot because the situation at that time of your surroundings was not suitable. The control of your emotions is the best and most important quality of you as it is the best exam of someone anytime. The emotions are the feelings that you have in you and you express them according to the situations you have at theta time. In terms of you do not have any idea to control that situation emotions will help you.

Intelligence is also considered as the abilities to make decisions and thinking suddenly at some sudden situations when occur. Emotions are the reflection of a mental situation at that time. Sometimes when you have the different situation and your mind is on different aspect then what you act that actually the intelligence of your emotions. Emotions should be remaining controlled in person’s mind so that they can be utilized properly when required to express. Because if they do not utilize or expressed properly then they just impact badly on your mental health.

Emotional intelligence has many other relations as they have a relationship with other, for example, social intelligence. It is as obvious by its name that it includes the social involvement of people in their emotions. Socially your behaviour and emotional effects your reputation very well People have different minds of thoughts and they have different perspectives to view someone’s situations so that everyone should behave very normally and positively in front of others.

Social life now a day is very much observed and analyzed by the people because it is the essential point of our life’s now a day. People love to remain social and hence they prefer other peoples to be social with them with proper ethics and norms because now people became very much hyper suddenly so they want that the front person taking to her behaves positively and properly in a case to avoid any bad situation.  Sometimes people have very bad mood so the social life which does not include direct interaction with them must have to remain positive and calm in terms of behaving well in the social life. Bad behaviour also depicts the bad impression of you and your nature in front of people. Therefore, you must control your emotions in terms of positivist.

Emotions are very helpful in solving problems because some situations occur which do not have any proper mean to solve physically or any other method related to problem-solving is possible for the solution of that problem so at that time emotions help you and others else in coming out of that difficult and tense situation. Emotions are helpful as in a time of hard situations you may take help from your positive behaviour your positive attitude and you can handle that situation very easily and with patience as well.

Emotions not only manage the situations but also they help in discovering more easy and important ways to avoid bad and worse situations in near future. Emotions are not only the behaviours that you implement in the situations it is also the expressions that to show to others in some critical situations as well. Because our facial expressions show our internal feelings or thoughts to the person who is watching us in that situation or who is suffering from that situation.

The emotions, which are self-emotions, are your own feelings, expressions or thoughts, which you have to control in any situations time. If you do not control your emotions, then you may have to suffer sometimes loss or any other failure. Emotions may be verbally controlled as you just say something and its ok. However, sometimes they have to manage by you orally as well. Means you have to control yourself physically and mentally also. Emotion traits have positive and negative both effects on the surroundings and your atmosphere. Sometimes emotions become uncontrollable for you so you have to remain most of the time positive so you can save yourself any loss or failure. Emotional have scales, which means that emotions have a level for their measurements for every situation because they are different for different situations. According to the situations, emotions are selected by the persons by itself. This is the real control of it on the intelligence.

Emotions are the term, which cannot be measured by someone else. It is the feelings, nature, and behaviour of the person, which vary according to their moods and situations they are properly judged only by the people themselves. (Peter Salovey, 1990)