Diagnosis and Treatment of Tuberculosis

Diagnosis and Treatment of Tuberculosis explains that Tuberculosis (TB) is basically an infection that can attack any part of the human body, though it is 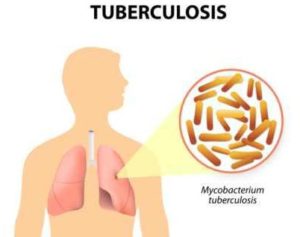 usually found in the lungs. TB is a disease developed by an acid-fast bacillus known as Mycobacterium tuberculosis. It is one of the main causes of death in Asia, Indian,  China, Pakistan and Indonesia. These nations show that the incidence rate they are faced with is mostly prevalent in young adult, and are usually the outcome of re-infection in recent diseases. The spread of TB is credited to the emigration of some infected individuals from high-pervasive nations, substance misuse, transmission in crowded places, poverty, and the lack of an appropriate medical care for those infected people. (Huether et al. 2008).

Studies have shown that one third of the world’s population is infected with latent tuberculosis, which is caused by Mycobacterium tuberculosis infection. About 9 million cases of active tuberculosis occur yearly, as a result, 2-3 million deaths in that year. The incidence had declined in North America and some other western Europe around the later part of the 20th century. The cases involved increased lately because of immigration. One important factor in reducing this alarming rate of tuberculosis is the instigation of appropriate treatment that encompasses proper treatment not only surrounding an effective regimen. And also a quick response to treatment. This paper highlights the basic information surrounding tuberculosis, causes, diagnosis and current treatment.

Tuberculosis is transmitted from one person to the other via airborne droplets, when an infected man coughs, sniffles or sneezes, sings and/or talks letting small droplet to be discharged into the air (Smeltzer, Bare,  Hinkle, and Cheever 2008). TB can’t be spread through touching inanimate objects, sustenance, or beverages (Bare et al. 2008). The individual must be in the same region an infected individual is in and inspirate the droplets to be affected. As soon as the bacillus is inspired into the lungs, it begins to duplicate leading to lung inflammation, otherwise called nonspecific pneumontis (Huether et al. 2008).

To bring about an immune reaction, the bacilli will go through the lymphatic system and get to be stopped in the lymph hubs. Lung inflammation causes the alveolar’s macrophages and neutrophils. Granulomas, new tissue masses of live and dead bacilli, are encompassed by macrophages, which frame a defensive wall. They then change into a fibrous tissue mass, the focal part is known as a ghon tubercle (Bare et al. 2008). This then makes the bacterial then necrotic, shaped into a chessy mass, this mass may get to be calcified and structure a collagenous scar. Right now, the microscopic organisms gets to be dormant and there is no further movement of the active disease. The ailment can get to be active again by activation or re-infection of the dormant microorganisms (Bare et al. 2008).

A complete medicinal assessment for TB incorporates the accompanying:

Patients with conceivable tuberculosis (TB) infection should be isolated in a private room with negative pressure (air depleted to outside or through a high-effective particulate air channel). Medical staff must wear high-effective dispensable masks adequate to channel the tubercle bacillus. Isolation must continue until sputum smears are negative for 3 consecutive determinations (more often around approximately 2-4 weeks of treatment). Shockingly, these measures are neither possible nor functional in nations where TB is a general wellbeing issue.

Initial empiric treatment of TB begins with patients placed on a 4-drug regimen: isoniazid, rifampin, pyrazinamide, and either ethambutol or streptomycin. As soon as the TB isolate is known not completely defenseless, ethambutol (or streptomycin, if it is utilized as a fourth medication) can be stopped.

Patients with TB who are getting pyrazinamide ought to experience bseline and occasional serum uric acid assessments, also patients with TB who are accepting long term ethambutol treatment ought to experience pattern and intermittent visual keenness and red-green color observation testing. It is necessary that the latter can be performed with a standard test, for example, the Ishihara test used for color blindness.

Immediately after 2 months of treatment (for a completely defenseless disengage), pyrazinamide can be ceased. Isoniazid in addition to rifampin are proceeded as every day or irregular treatment for 4 more months. If the isolated isoniazid resistance is reported, then it is imperative to suspend isoniazid and proceed with treatment with rifampin, pyrazinamide, and ethambutol for the whole 6 months. Treatment must be augmented if the patient has cavitary illness and remains culture positive following 2 months of treatment.

Directly observed therapy (DOT) is prescribed for all patients. With DOT, patients on the above regimens can then be switched to 2-to 3-times each week dosing following an initial 2 weeks of every day dosing. Patients on twice per week dosing must not miss any of those doses. It is better to prescribe daily treatment for patients on self-medication medicine.