What are The Effects of Chemotherapy on Reproductive Systems

Cancer is one of the most chronic diseases impacting humanity. Other than surgery based on the different type of cancer in question and the organ in the body that is affected, Chemotherapy is another treatment option often available for individuals suffering different types of cancer. It involves a drug treatment that uses powerful chemicals to kill fast-growing cells within the body such as cancer cells. While chemotherapy is a practically effective way to treat cancer, it carries a significant risk of wide-ranging adverse side effects. According to Quidde et al., psychological factors including negative preconditioning and expectations is one of the main side effects that burden cancer patients undergoing chemotherapy[1]. However, the negative side effects can also be experienced in different body systems such as the reproductive systems of the digestive systems due to the pharmacodynamics of the drug. For instance, while killing fast-growing cells enables chemotherapy to be a suitable cancer treatment, in male reproduction, chemotherapy also kills sperm cells given their rapid rate of development and can effectively lead to complications in reproductive health. Given the different physiology especially when it comes to reproductive systems for males and females, chemotherapy will have a wide range of different effects on the different systems.

Effects of Chemotherapy on Gonads

Chemotherapy significantly affects gonads in both males and females. According to Qu, Itoh and Sakabe, chemotherapy can directly damage spermatogenesis in male testis either permanently or temporarily[2]. However, the androgen production by the testis after chemotherapy is often less affected making it possible for males to regain their fertility after chemotherapy. Armuand and colleagues advance that the degree of damage to gonadal stem cells in males vary based on the type of chemotherapy drugs used, the route of administration (whether intravenous or oral), the dosage taken as well as the treatment regimen[3]. Often the alkylating agents in the chemotherapy drugs are the most proven toxic agents associated with the impact to the gonads and often leave individuals with significantly low sperm counts after the treatment, a condition referred to as azoospermia[4]. 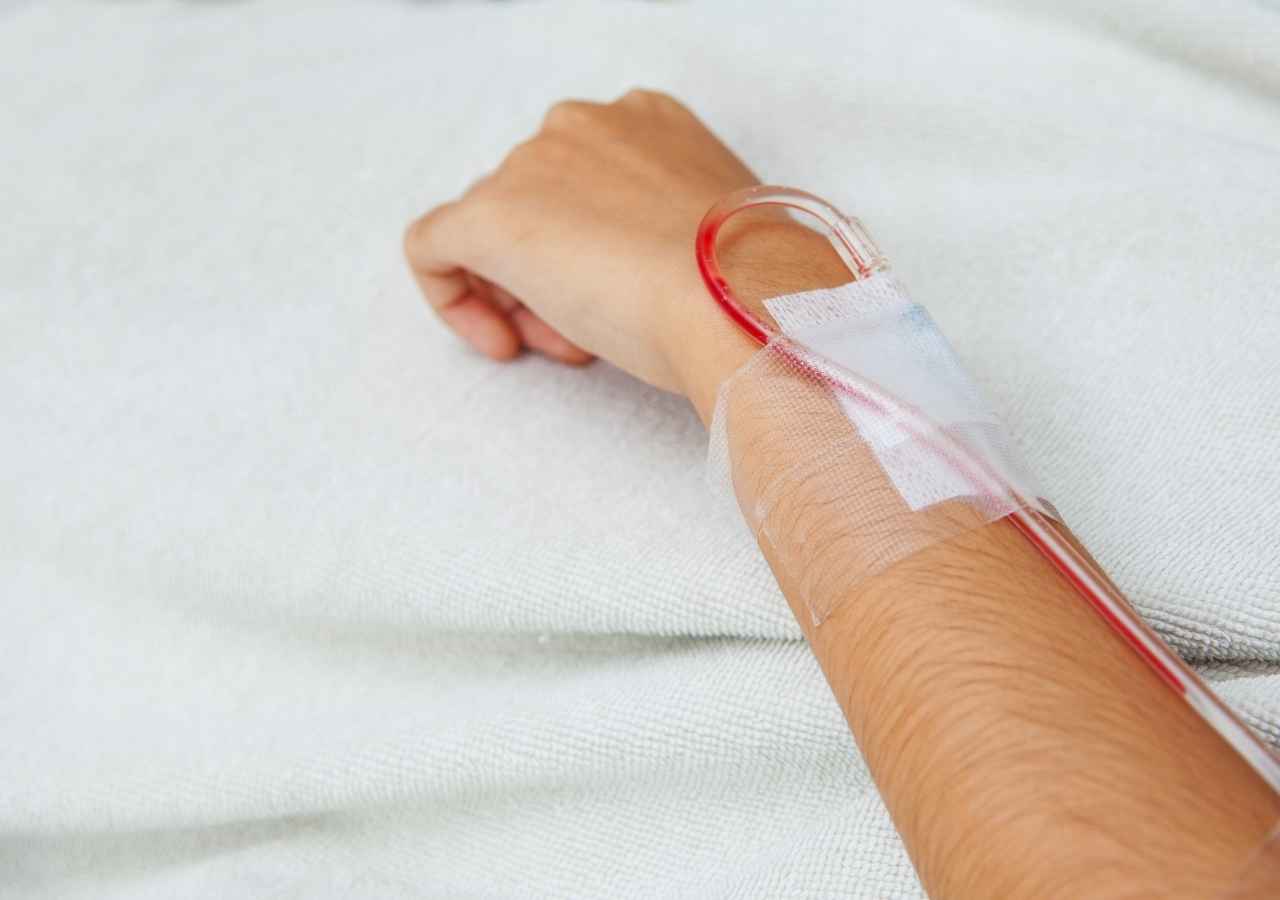 Similarly in females, the ovary is very sensitive to chemotherapy and may be significantly impacted by chemotherapy medication. Armuand et al., premises that chemicals in chemotherapy drugs can have adverse effects on, and even lead to loss of primordial and growing follicles resulting to the consequent loss of hormone production and menstruation which result in early menopause3. Just like in their male counterparts, the level of impact to the ovaries varies based on the type of medication, administration, dosage and regimen, and may range from insignificant to complete and permanent ovary failure.

In addition, both male and female gonads can be significantly impacted by direct irradiation in chemotherapy treatment. Qu, Itoh and Sakabe highlight that in treatment of cancer types such as tumours of the lower pelvis or leukemic relapse, the testis is directly irradiated2. The germinal epithelium and sperm cells as well as a host of other reproductive organs which are highly sensitive and susceptible to radiation are thus significantly impacted leading to reproductive health issues.  Treatment of gynaecological malignancies and tumours in the pelvic areas further expose ovaries in the female reproductive system to irradiation which may have an ultimate impact of reproductive health complications depending on the respective irradiation dosage.

Chemotherapy can also significantly impact reproductive health issues through the disruption of hormone regulation pathways. According to Bagnyukova et al., emerging specific inhibitors of signalling and metabolic pathways from chemotherapy treatment such as targeted agents and alkylating agents significantly interfere with DNA biosynthesis and cell replication mechanisms introducing a new host of health risks including reproductive issues, and fatal risks of cancer and obesity[5].  This effect of the new chemotherapy treatment has led to a wide range of oncologists concluding a plateau in the efficiency and efficacy of chemotherapy as a form of cancer treatment. Regardless of the ability to control its toxicity, the various chemotherapy agents ultimately impact risk for developing other hormone-related cancers including breast cancer, prostate, ovary and testis cancers, all of which have significantly detrimental effects to the reproductive systems of both males and females.

Lee et al. further points out that the specific inhibitors act like Endocrine-Disrupting Chemicals (EDC) which interfere with normal chemical synthesis and subsequently, the normal psychological functions of male and female reproductive organs[6].  Yang et al. highlights that a wide range of the EDCs have a tendency of forming a bond with steroid hormone receptors such as Progesterone Receptors (PR), Androgen Receptors (AR) and Oestrogen Receptors (OR) and in this way impact disrupting actions of endogenous hormones[7]. This disruption may have an overall impact of inducing abnormal reproduction patterns which overtime weighs down on the entire reproductive systems. It may also impact the dysfunction of the immune system and neuronal systems as well as stimulate the growth of cancer cells.

Chemotherapy Infertility in Males and Females

Eventually regardless of the method or ways with which chemotherapy impact different individuals’ extensive use and application of chemotherapy impact infertility in both males and females. The chances of infertility in females are however more prevalent than in Males. According to Okada and Fujisawa, fertile male cancer patients treated with chemotherapy or radiation are impacted by long term and sometimes permanent gonadal damage[8]. The adverse and permanent effects are mostly due to exposure of the whole body to radiation and alkylating agents from the chemotherapy medication. The alkylating and targeting agents significantly minimize the sperm count preceding the damaging of the critical germ cell by the radiation over the testicles.

Further Quidde et al. highlights that chemotherapy works through the killing of rapidly multiplying cells within the human body2. Given than sperm cells rapidly multiply, they are at risk and an easy target for chemotherapy chemicals. When these cells are first produced during the male adolescent they are immature and not fully functional. Treatment of young cancer patients around the adolescence age as such can lead to the damaging of all the immature sperm cells preventing them from producing mature sperms leading to infertility. Infertility in males can as such occur due to chemotherapy treatment within a specific window period; otherwise, the damage is just a long term and reversible in the long run.

However, in females, infertility is much easier to occur and more permanent given that they are born with all the eggs they will ever have for reproduction. Chemotherapy disrupts the processes of preparation of the egg for fertilization and can have adverse impacts of inducing early menopause. According to Waimey et al., hormones significant for releasing the eggs periodically and preparing the uterus and other female reproductive parts for a possible pregnancy are made in the cells of the ovaries which tend to multiply quickly and thus present an open target for chemotherapy drugs[9].  The damaging of the ovaries due to chemotherapy treatment as such not only damages the eggs but also disrupt hormonal regulation pathways which significantly render the female patient infertile.

Chemotherapy medication despite being significant for the treatment of cancer patients has a lot of negative side effects as well as toxic and degenerative properties which impact a wide range of reproduction and health issues. In addition to alkylating agents which significantly impact spermatogenesis by damaging male gonads as well as female ovaries, the medication contains target agents which disrupt hormonal regulation pathways consequently impacting a wide range of reproductive complications and issues including infertility in both males and females. While in males long term reproductive issues are more likely to be the extreme and more likely impact of using chemotherapy drugs as opposed to infertility, in females, involvement of young cancer patients to chemotherapy treatment and medication is highly likely to result to infertility.