Advanced technology, research, and development in medicine have been significant in enhancing more efficient modern medicine. Through different studies, Human beings have learned how to treat most diseases as well as lead a healthy life leading to a significant rise in the standards of living. The average life span for humans has over the past few decades increased from the fifties to the seventies currently. According to Leuders (2019) up to 45 million people are elderly above the age of 65 years in the United States making up 23% of the country’s population. This number is predicted to rise by double digits to almost 90 million in the next decade and while this development is significant for the well being of humanity, it significantly presents new medical dilemmas. While life expectancy is on the high, not all human organs are healthy enough to sustain life for that long, and as such, the problem of organ failure among the elderly is becoming significant and presents an inherent medical crisis. Atala (2011) highlights that in the last ten years the number of patients requiring organ transplants has doubled while the number of actual organ transplants has barely changed due to the lack of organs to be transplanted. This paves way for the necessity of organ growth and the field of regenerative medicine. However while alternatives for organ regeneration and growth exist in modern medicine, how viable are these options.

While regenerative medicine is still in its early stages and most organ growing and regeneration are still in their experimental phases, the eventual implications of growing new organs are potentially wide and significantly beneficial to humans.  According to Karr (2011), the possibility of growing organs would eliminate the need for organ transplants given that patients can have the diseased organ regenerated using their own cells. This not only minimizes the medical risk for both patients due to the surgery involved in the transplant but also limits the possibility for organ rejection which further provides more complications. Eventual success and survival rates for individuals requiring new organs can be elevated to further guarantee the maintenance of the high life span for human beings. 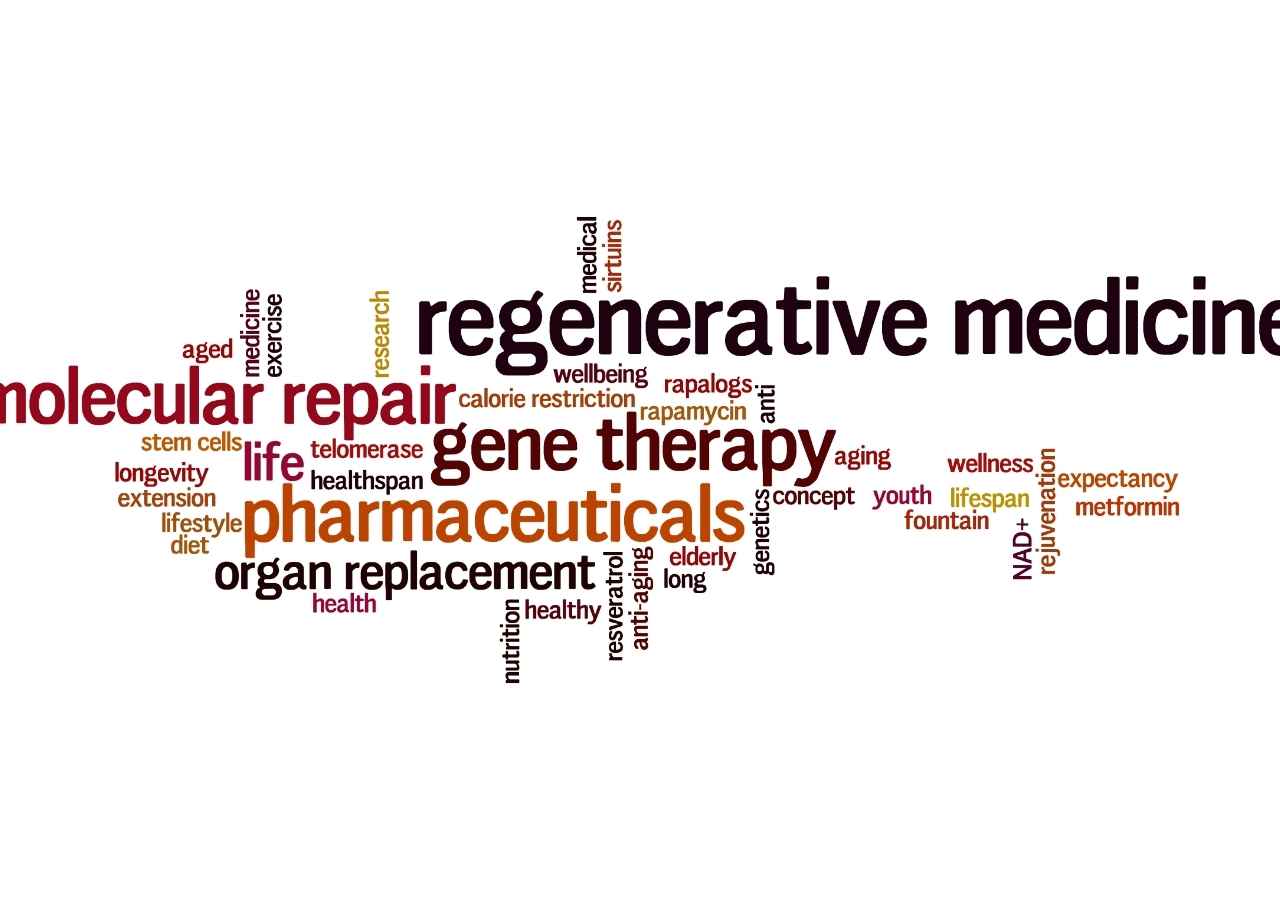 The success of regenerative medicine in addition also provides possible potential solutions for genetic diseases such as Diabetes. According to Lytal (2018), about 10% of individuals all across the globe suffer from a form of diabetes most of which are inherited. The special cells in the pancreas that make insulin are attacked by an individual’s immune system and wear out leading to the development of diabetes. However through regenerative medicine genetic diseases like these can be treated through the regrowth or rebuild of the beta cells which are responsible for making insulin (Lytal, 2018). The eventual implication is the enhancement of health and well being and a prolonged lifespan for humans.

However given the field of regenerative medicine is still underdeveloped, significant medical procedures including human testing are likely to be involved in the perfection of the various regenerative medicine interventions.  This raises possible concerns with regards to the ethics of human or animal testing. Also, the implications of organ growth failure are potentially adverse and may lead to patients being in a worse off position than they were before the regeneration process.  Mao and Mooney (2015) premise that while the main objective leading to the development of regenerative medicine was to minimize transplant failures and the rejection of new tissues and organs by the host’s immune system, recent findings highlight that the immune system is also significantly involved in the regulation of the process of regeneration. In most cases, it contributes to the healing process of the engraftment; nevertheless, there have been scenarios when the immune system impaired the healing of the engraftment presenting a possibility of failure.

Regardless of whether it succeeds or fails, however, the field of regenerative medicine and the growing of organs is highly likely to have significant impacts in the field of medicine and beyond. Right from medical practitioners and the health institutions to pharmaceutical companies, patients of different chronic illnesses like diabetes and cancer, as well as society. Niemansburg et al., (2013) for instance highlight that regenerative medicine interventions including Scaffolds, tissue engineering, stem cell transplantation, and gene transfer are likely to change the field of orthopedics considerably. These strategies differ significantly with the current orthopedics practices as they focus on the treatment of the underlying causes of illness and diseases at a biological level and mostly in the early stages of the disease. These new strategies are likely to impact health practitioners such as orthopedics by making their knowledge and practice obsolete.

Health institutions will also be impacted given the need to adopt these regenerative strategies once they have been established and verified as standard practices. While the institutions may need and prefer to educate their current practitioners, contracting experts on regenerative medicine will be a significant and necessary step. Different patients requiring organ transplants and suffering from chronic illnesses will also be impacted by the widespread application and implementation of regenerative medicine.  According to Atala (2011) regenerating the cells of certain organs such as the lungs and heart are still not possible at the moment. However effective perfection of the organ and cell regeneration process will eventually eradicate the need for organ transplants and impact better solutions for patients suffering organ failures. Regenerative medicine will also enable the regeneration of cells and other organs that contribute to the curing of chronic illnesses such as cancer and diabetes thereby significantly affecting such patients.

Pharmaceutical and technological companies are also parties likely to be significantly impacted by regenerative medicine development and adoption. This is because the technology has been adopted from the 3-D printing tech which will require a lot of software designers and engineers in the process of printer and technology development. The patients are the most likely individuals to benefit from the development of organ growing and other regenerative strategies due to the possibility they present of being able to cure a disease previously incurable.

According to Jessop, Al-Sabah, Francis, and Whitaker (2016), the regenerative medicine intervention and therapies are underpinned by core principles of regeneration, replacement, and rejuvenation, and, are as such significantly shifting the paradigm in health care to curative treatment in the 21st century from symptomatic treatment in the 20th century. This guarantees more accurate diagnosis and treatment of diseases thereby increasing patients’ survivability and greatly benefiting them.  Medical institutions will also significantly benefit from the improved development of treatment alternatives and processes which increase their chances of being able to treat patients effectively.

However, while the advantages and benefits of regenerative medicine are quite obvious to be seen by all individuals, the topic has brought about significant controversies especially in the bioethical perspective. The potential gains of the interventions reported by the medical field have significantly led to high profile allegations of research misconduct. According to a study by Niemansburg et al. (2013), four major ethical issues are involved as far as the research and development of regenerative medicine is involved. These include the risk involved for the study participants, whether or not the selection of participants is appropriate, setting a relevant goal(s) for measuring the outcome, varying from regenerating tissue to improving the well-being of patients, and finally the need for the application of evidence-based medicine and scientific integrity, which is considered challenging in orthopedics. Despite these processes yet to be fulfilled some practitioners are already utilizing the process as standard medical treatment practices making the implementation illegal, immoral as well as unethical by medical standards.

Also, Jessop et al (2016) highlight the existence of a growing stem cell tourism and application based on an unproven treatment that capitalizes on the hype about stem cells in the current medical field. Given the limited number of available organs for transplanting, desperate patients opt to approach private clinics that offer experimental stem cell treatments regardless of the unproven safety and efficacy profiles rather than wait for the outcome of clinical trials. This not only endangers their life but also adds up to unethical practice by the doctors. Neimansburg (2015) further points out the ethical matters related to social justice in medical disbursement.  Regenerative medical interventions provide the latest technology in health care and are very likely to be quite expensive given all the involved resources and technology. Not all individuals can access these alternatives of treatment despite their desperate need for them. As such allowing the wealthy within the society access to regenerative medical interventions without providing similar opportunities for the less fortunate and poor within the society raises an ethical question in the field of medicine and leads to increased division in access to health care.  The rich will continue becoming richer and healthier and live longer, while the poor remain poor and eligible for regular health care in their later years. Such unequal adoption and access to regenerative medical interventions could further impact increased social inequalities already present within the society.

Regenerative medical interventions are without a doubt the future of medicine. Much more significant studies and research are required for the eventual adoption and application in the current health care programs however the potential for success has already been proven with a wide range of studies. In addition to eradicating organ transplants and therefore the possibility of tissue rejection, Regenerative medicine will also significantly enhance the development of treatment and cures for chronic diseases such as diabetes and cancer. A significant amount of ethical dilemmas still hold back its wide application however the implementation of Regenerative medicine will significantly impact patients and health care institutions as well as other related industries such as pharmaceutical industries and technology companies. Eventually, growing of organs and cells will transform medical practice from the traditional symptomatic treatment most prevalently used within the 20th century to a new era of curative treatment in the 21st century.