Please accept the following as the final draft of my research project on Adult Children of Alcoholics (ACOAs). A significant amount of information on this topic has been generated over the last twenty years.  According to the literature, the research is still in its infancy, and there is more work to be completed. Throughout the research and writing process, I gained a good deal of insight and knowledge regarding ACOAs and have presented information in my research paper on the following topics:

In conducting my research for this project, I found several valuable books on ACOAs.  I supplemented the information from the books with various journal articles and internet resources. By the end of the research process, I realized I had gathered more information than I could realistically use for this project. 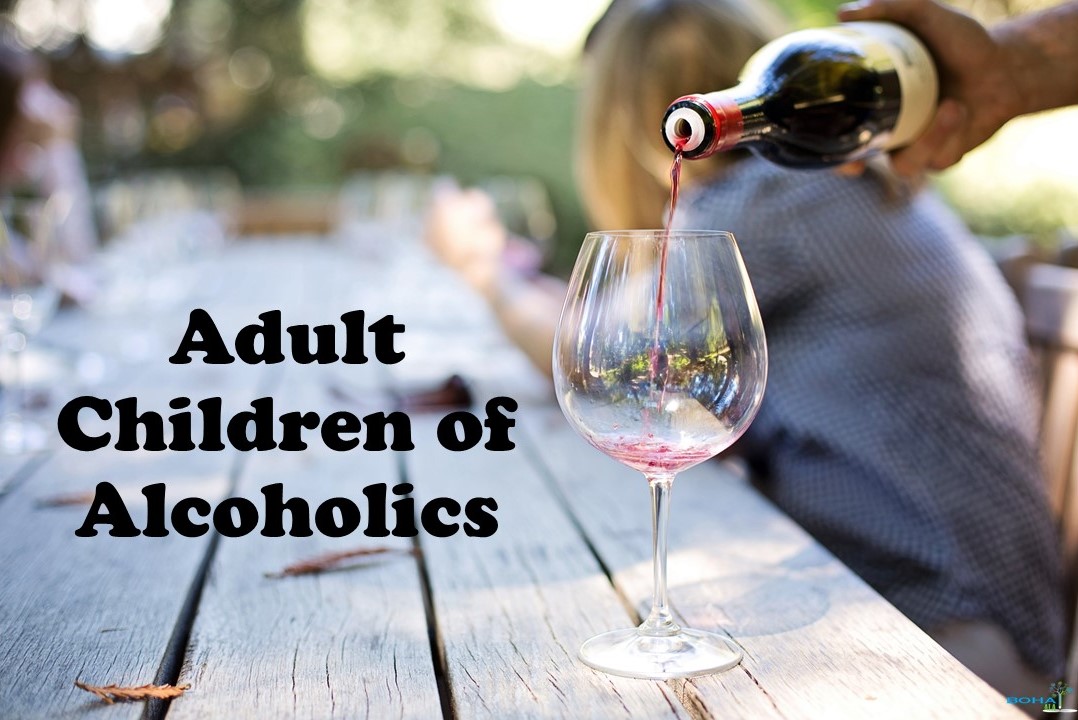 I would like to thank you for your support and encouragement throughout this process.  I appreciated the opportunity to build up to the final project by working through the smaller projects you assigned throughout the semester.  Over the course of the semester, I feel I have been able to carefully evaluate sources of information and construct a thorough report on ACOAs.  Please feel free to contact me at (302) 555-5555 if you have any questions regarding my research project.

Alcoholism is a family disease that affects every member of the family.  Within alcoholic family systems, children often take on various roles and characteristics that allow them to survive while maintaining the dysfunction in the family.  Without intervention or treatment, children often carry these negative roles and characteristics into adulthood, only to find that they no longer provide the same benefit they did in childhood.  As a result, many adult children of alcoholics (ACOAs) develop symptoms such as depression, anxiety, and low self-esteem, or they may develop compulsive behaviors such as alcoholism and eating disorders.  Fortunately, therapy has proved very successful at helping ACOAs who are trying to heal themselves and move on with their adult lives.

Alcohol Consumption in the United States

Throughout history, alcohol has played a major role in the lives of Americans.  While the amount of alcohol consumed has increased and decreased over time, it has remained a constant in society.  Even the enactment of Prohibition in the early 1900s failed to eradicate alcohol consumption completely.  After Prohibition was repealed in the 1930s, alcohol consumption increased rapidly from 1935 to 1945.  Another substantial increase in alcohol use was experienced in the 1970s, which was accompanied by a decrease in the minimum legal drinking age (Rhoden & Robinson, 2009, p. 42).  According to Rhoden & Robinson (2009), a slight reversal of alcohol consumption trends was witnessed in the early 1980s, along with the return of the minimum legal drinking age to twenty-one (p. 45).  More recently, The National Council on Alcoholism and Drug Dependence reported that “from 2006-2007, annual per capita consumption of alcohol in the US decreased 0.5 percent to 2.18 gallons; per capita consumption in 2007[was] second only to 1995 in being the lowest in 35 years” (Alcoholism, 2008, Statistics section, para. 1).

In American culture, drinking alcohol in moderation is a socially acceptable way to celebrate, relax and unwind.  The alcoholic beverage industry and the media support this notion through advertising that glamorizes alcohol consumption.  Additionally, for many Americans, drinking is tied to family traditions.  Alcohol is often used during holiday celebrations and to commemorate religious occasions.  Unfortunately, attention is not always given to the harmful effects alcohol can have on a person.  Due to various biological and environmental factors, many people do not enjoy alcohol in moderation.  A report from the National Council on Alcohol and Drug Dependence suggests that while two-thirds of the population engages in the consumption of alcohol, half of the total amount of alcohol is consumed by only 10 percent of the population (Alcoholism, 2008, Statistics section, para. 1).  In fact, the 2007 National Household Survey on Drug Abuse reported that 8.2 million Americans were dependent on alcohol (Office of Applied Studies [OAS], 2008, para. 7).  Alcohol dependency is a component of alcoholism, which can be defined as:

A chronic condition characterized by the habitual consumption of alcoholicbeverages to such an extent that it impairs physical or mental health and interferes with the activities of daily living; it may be progressive in nature and potentially fatal when producing pathological changes in organs. (Alcoholism, 2008, Introduction section, para. 1)

As the definition implies, alcoholism has devastating effects on many aspects of one’s life.  It is important to recognize that alcoholics do not live in seclusion and that their behaviors have a profound impact on the people surrounding them, even on their adult children.

When a child has an alcoholic parent, the child grows up in a dysfunctional environment.  This experience can potentially have a negative effect on a child throughout his lifespan.  Adults who are coping with issues resulting from parental alcoholism are known as Adult Children of Alcoholics (ACOAs).  An ACOA can be defined as an adult suffering post-family effects of alcoholism (Ruben, 2008, p. 6).  Ruben (2008) further describes the ACOA as “an adult who is trapped in the fears and reactions of a child, and a child who was forced to be an adult without going through the natural stages that result in a healthy adult” (p. 8).  As this definition suggests, an ACOA’s social, emotional and possibly physical development may have been hampered as a result of being raised in an alcoholic household.  Without some type of intervention, it is likely the negative characteristics and behavior patterns from childhood will carry forward into adulthood (Woititz, 1983, p. 50); luckily, therapy has proven effective at helping ACOAs heal themselves and move on with their adult lives.

History of the ACOA Movement

In American society, the subject of alcoholism has been examined from many different points of view.  From a moralistic perspective, people engaging in the abuse of alcohol are thought to be of weak character and lacking will power.  From a medical perspective, alcoholism came to be understood as a disease process.  In 1966, the American Medical Association accepted a resolution stating, “alcoholism is recognized as a serious major health problem throughout the land; therefore be it resolved, that the American Medical Association identifies alcoholism as a complex disease and as such recognizes that the medical components are medicines’ responsibility” (Black, 2009, p. 9).  While the resolution was passed in 1966, according to Rhoden and Robinson (2009), it was not until the late 1980s that the majority of the population accepted alcoholism as a disease (p. 13).   Meanwhile, in the 1970s, researchers and clinicians in the alcohol treatment field began to treat alcoholism as a disease reaching beyond the alcoholic.

In the mid-1970s, Janet Woititz, author of Adult Children of Alcoholics, was working on her doctoral dissertation on self-esteem in children of alcoholics.  Through her research and her own family’s experience living with an alcoholic husband and father, Ms. Woititz began to consider the impact of alcoholism on the entire family unit.  At the time, she was involved with Al-Anon, a self-help support group for friends and family members of alcoholics.  She realized that some members of the group were having difficulty relating to the discussions because they were not currently living with someone actively involved in alcoholism.  Through the meetings, she learned many members were dealing with issues from their childhood stemming from parental alcohol abuse.

In the 1980s, Ms. Woitiz began a group specifically for ACOAs.  With the information gained from two years of managing the ACOA group, Ms. Woititz wrote the bookAdult Children of Alcoholicsin which she describes the issues and difficulties experienced by ACOAs.  More and more interest on this topic was generated, and a proliferation of self-help books and group meetings became available.  At the same time, other researchers and clinicians were involved in the birth of the ACOA movement.  While the movement gained much support, it also gained its share of detractors.  According to Black (2009), some complained the ACOA movement was an excuse to shirk responsibility for one’s behavior (p. 70).  Fortunately, the movement has weathered such criticism.  During a lecture on children of alcoholics,Woititz (1983) eloquently stated, “The child of an alcoholic has no age.  The same things hold true if you are 5 or 55” (p. xiii).

ACOAs comprise a large and diverse segment of the population in the United States.  One study suggested up to 22 million adults in this country were reared in a family with at least one alcoholic parent (Sher, 2009, para. 4).  Because ACOAs are such a diverse group, researchers caution against grouping ACOAs in one broad category.  Sher (2009) asserted that the difficulty in making generalizations about ACOAs stems from the fact that alcoholics are themselves diverse, thereby creating very different home environments for their children.  As a result, each ACOA likely acquires different coping and behavior styles that carry over into adulthood (para. 5).  With this in mind, gleaning information from clinicians who have worked directly with ACOAs is crucial.  In her book, Adult Children of Alcoholics,Woititz(1983) outlined13 characteristics of ACOAs she found in common among members of her ACOA group (p. 22).  These characteristics may not apply to all ACOAs; however, many of these characteristics continue to appear in books and journal articles on the subject

As with other types of dysfunctional families, many ACOAs grew up in chaotic, stressful households.  Children in alcoholic and other dysfunctional families learn to obey the following rules as a means of survival:  do not talk, do not trust, do not feel, do not think, and do not ask questions (Black, 2009, p. 13; Copans, 2009, p. 21; Rhoden & Robinson, 2009, p. 41).  These rules allow the family to continue functioning without addressing the alcoholism.

One way to conceptualize alcoholism as a family disease is to view the disease from a family systems perspective.  Family systems theory was derived from general systems theory, which can be described asa way of thinking about the world in which objects are interrelated with one another (Rhoden & Robinson, 2009, p. 3).  Just as computers, biology and medicine can each be regarded as integrated systems, so can families.  From the family systems perspective, the family is viewed as a unit or system rather than a group of individual members.  Attention is given to the functioning and interactional dynamics within the family system.