Comparison Between UK and India Employment Systems and HRM Strategies

This report aims to compare employment systems and HRM strategies, policies, and practices of the UK with that of India. The HR procedures and policies prove to be critical for any organization irrespective of its size and nature, and it helps in facilitating formal statements concerned with the rules which state how the organization carries out its operations on an everyday basis keeping in mind the key stakeholders. The significance of HR procedures and policies are concerned with providing control, consistency, structure, reasonableness, as well as transparency. It also ensures greater conformity concerning legislation on employment and makes the employees aware of their obligations and the expectations of the company in general (Nolan s,2008). Each country has its own set of HRM strategies, policies, and procedures. 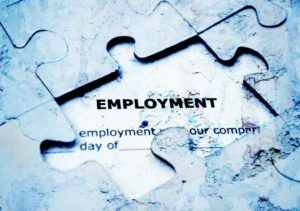 The UK employment rate in the three months to March 2020 was estimated at a joint-record high of 76.6%, 0.6 percentage points higher than a year earlier and 0.2 percentage points up on the previous quarter whereas the Worker Population Ratio in India stood at 46.8 percent in 2019-2020, the Periodic Labour Force Survey (PLFS) of the National Sample Survey Office (NSSO) showed. The figures show that the UK has a better employment rate compared to India, and a thing to be noted is that the global pandemic has effected India more than the UK.

The UK unemployment rate for the three months to March 2020 was estimated at 3.9%, 0.1 percentage points higher than a year earlier and 0.1 percentage points higher than the previous quarter whereas India’s unemployment rate fell to 11 percent in June 2020 from a record high of 23.5 percent in the previous two months, as many businesses resumed operations following weeks of closures due to the coronavirus pandemic. The jobless rate in urban areas dropped to 12.0 percent from 25.8 percent, while that in rural areas was down to 10.5 percent from 22.5 percent.

The total number of weekly hours worked in the three months to March 2020 was 1,040.6 million, 12.4 million hours less than the previous year, whereas, In India, it was about 867 million.

The cultural diversity of U.k organizations is increasing rapidly. Despite this, relatively little attention has been paid to the impact that the increase in diversity may have on (a) the acceptance of human resource management processes and practices (e.g., recruitment, selection, training, performance appraisal, and compensation and benefits) by individuals and (b) the effectiveness of such processes and practices(Dianna L.Stone,2007). Different countries have different management and leadership style, policies and practices, hierarchical structure, and control systems. E.g. Pay for performance scheme, which is popular in the US and UK, cannot be successfully practised in another country. Similarly, the Indians spend more money on social and recreational activities than Americans. Organizational policies on training, staffing, motivation, etc. have been impacted by cultural changes.

Every company and every country follow different recruitment policies. Hiring employees depends upon which cultural attitude is the following:

Both the UK and India have geo-centrism where any person can apply for a specific post around the globe if they are qualified. That does not mean the other two types are not at all present, but mostly the former type is followed.

The selection process varies from country to country. Some countries follow an extensive selection process like India, whereas some countries follow a short selection process like Uk. But most of the time, a screening process is followed by sessions with a professional psychologist who tries to make you aware of the different culture, work, and style of living in the other country. Employees find it very difficult to adapt to the language, dressing and food habits, lifestyle, etc. that makes him as well as his family is depressed. So, an organization should select a candidate who has technical skills, desire to work overseas, right family situations, stress management skills, etc.

This is a process that every employee has to undergo to understand the work, company, and culture. But a manager finds it challenging to train people from different countries having a distinct culture, language, food and dressing habits, values and norms, etc. e.g. The British like to keep a distance of more than 6 inches while interpersonal communication whereas Arabs prefer to communicate intimately. Similarly, the significance of words and gestures is different in different countries, which makes it more difficult to communicate effectively. HR Managers find it very difficult to train people from varied cultures.

Compensation policy has to take into account various aspects like tax, cost of living, etc. There is a vast difference in the tax structure, cost of living, retirement policy, pension scheme among various counties. So, while determining compensation, an HR Manager should consider all of the above aspects. The compensation paid should always be more than the amount he/she use to get in the home country. The United Kingdom does not have a worker’s compensation law or a program similar to what is employed in several European Union countries and the United States. The United Kingdom government does not find such legislation as a pressing necessity. The UK’s Health and Safety Executive (HSE) is the government body tasked with the responsibility of handling or dealing with all work-related safety issues in the United Kingdom. The HSE also establishes the framework that prescribes what’s and the how’s that guide the ways UK employers and employees can comply with legally required rules and regulations for workplace safety. In the absence of a workers compensation program, UK companies or employers are compelled to obtain Employers Liability Insurance following the Employers Liability (Compulsory Insurance) Act of 1969. This may be comparable to the intent of a worker’s compensation program, but it is relatively limited and broad. It has a set minimum Limit of Indemnity at £5,000,000 per occurrence though market practice would set a range of £5,000,000  to £10,000,000  — especially higher for more risky professions such as those engaged in oil rig operations. Employers Liability Insurance are nonetheless not required for all UK employers. Exemptions are given to local authorities, joint boards or committees, nationalized industries and subsidiary entities, police authorities, organizations financed by public money, employers of crews on offshore installations, and health service bodies or NHS Trusts.

Managers need to understand the need to motivate their employees. The meaning of motivation also differs from country to country and therefore, culture to culture. The motivation strategy should be culture-specific. E.g.The British give more importance to work and less importance to riches/wealth, whereas Indians give more preference to self-achievement and riches. So, the HR manager has to have a clear understanding of these cultures and formulate the motivational strategies in this view.

This depends upon who will be in charge of performance appraisals. There should contact a manager who can provide correct appraisals on time. In many organizations, discrimination takes place, which leads to less job satisfaction. Some managers have no idea about the performance of an ex-pat. If the appraisal takes place in home countries, there is always a disadvantage of geographical distance which does not give accurate reports on performances.

The human resource management (HRM) practices adopted by multinational companies (MNCs) have long attracted interest. Early ideas tended to assume a footloose group of firms unconstrained by local contexts and pursuing a global agenda of cost minimization (Nolan, S. 2008). Research later established the continuing influence of the institutional contexts of MNCs’ countries of origin and of the environments of the countries in which they operated (Ferner and Quintanilla 2002). More recent research has returned to the idea of global influences, arguing that a national level framework gives insufficient attention to these forces and that firms may adopt standard practices as they pursue what they perceive to be a global standard (Pudelko and Harzing, 2007). Sparrow and Budhwar (1997) highlighted the challenges involved in transferring HR practices from one country to another. They compared practices in 137 Indian organizations with a global database of like practices. India emerged as a “cultural island” in terms of applying these practices. Budhwar and Sparrow (1997) also analyzed the levels to which HRM was integrated into corporate strategy and how responsibility for HRM devolved to line managers in India. Their analysis revealed that the integration-development levels of India were somewhat similar to several European countries, notably the UK, Italy, and Ger-many. Budhwar and Khatri (2001) investigated the dominant HRM practices in the Indian manufacturing sector using the five main models of HRM (the “matching model,” the “Harvard model,” the “contextual model,” the “5-P model,” and the “European model. This study suggested that the competitive pressures created by the liberalization of the Indian economy were causing organizational trans-formation in general and modernization of human resource practices in particular. Baruch and Budhwar (2006) found both similarities and differences in the career management systems of firms operating in both India and Britain. They compared HRM practices in Indian public- and private- sector organizations and found somewhat unexpectedly that many similarities existed in practices between these two sectors in

It was strong trade unions who won historical achievements for large parts of the population, but these achievements simultaneously deepened the problematic aspects of a mode of production and living which we call the “imperial mode of living”(Ulrich Brand,2018). A trade union, also called labour union, the association of workers in a particular trade, industry, or company created to secure improvements in pay, benefits, working conditions, or social and political status through collective bargaining. As an organized movement, trade unionism (also called organized labour) originated in the 19th century in Great Britain, continental Europe, and the United States.

The privileges given to the workers in the UK and India is not very different because both follow a standard framework. The purpose of the trade union is also the same although, in India, political parties control the trade unions, unlike in the Uk.

While comparing employment systems and HRM strategies, policies, and practices of the UK with that of India, one thing is evident that both these countries follow a similar framework. While looking at the Labor Market Demographics And Employment Data, it is clear that the UK has better employment data compared to India and the unemployment rates in India is higher than that in the UK. However, both countries have shown an increase in their employment rates and a decrease in the unemployment rates compared to their past years. When we look at the Cultural Impact on Human Resource Policies, it is clear that India’s policies are similar to that of the UK. Finally, the trade union’s role in both these countries are similar and aims to protect the rights and welfare of the employees. The power given to the employees is also not very different when we look closely.

Should Cannabis Be Legal or Not in New Zealand

Effect of The Economic Climate on The HR...