Many corporations, especially small businesses that cannot afford brilliant minds from top-notch universities, prefer to hire retired people to work. These industries profit from the experience that the aged have brought to the table. According to Salatzar (1993), retired people have fewer desire than young staff and are also satisfied with the job they work with. They then prove to be an asset to the company. Pearsall, a retired worker who joined the workforce, said that his experience in a variety of subjects helped him to contribute rapidly to the workforce. However, Cassidy, Vice President of Concurrent Machines, said that the biggest advantage of recruiting retired workers is that they have previous knowledge of the situation. Therefore, if the situation happens to be something out of the ordinary, a former worker will be more apt to acquire advanced experience of certain situations and feel more at ease in dealing with the problem. There are a variety of businesses, such as Parallel Machines, that have preferred retired employees in their workforce. It is therefore important for certain nations, such as the United States, to maintain the elderly in their population because of their generational existence. In 2002, the percentage of elderly people living or finding jobs in the United States was 62.9%. This is the product of the country’s average age, which is quite high. Apart from the requirement that exists as a consequence of the lack of the workforce, there is often a need for elderly persons owing to their experience and knowledge in their field. Moreover, the total life expectancy of the population of the developing world has improved significantly, and many citizens in retirement age remain fully able to operate. In certain conditions, many businesses and decision leaders are searching for ideas to draw unemployed employees back to the workforce. 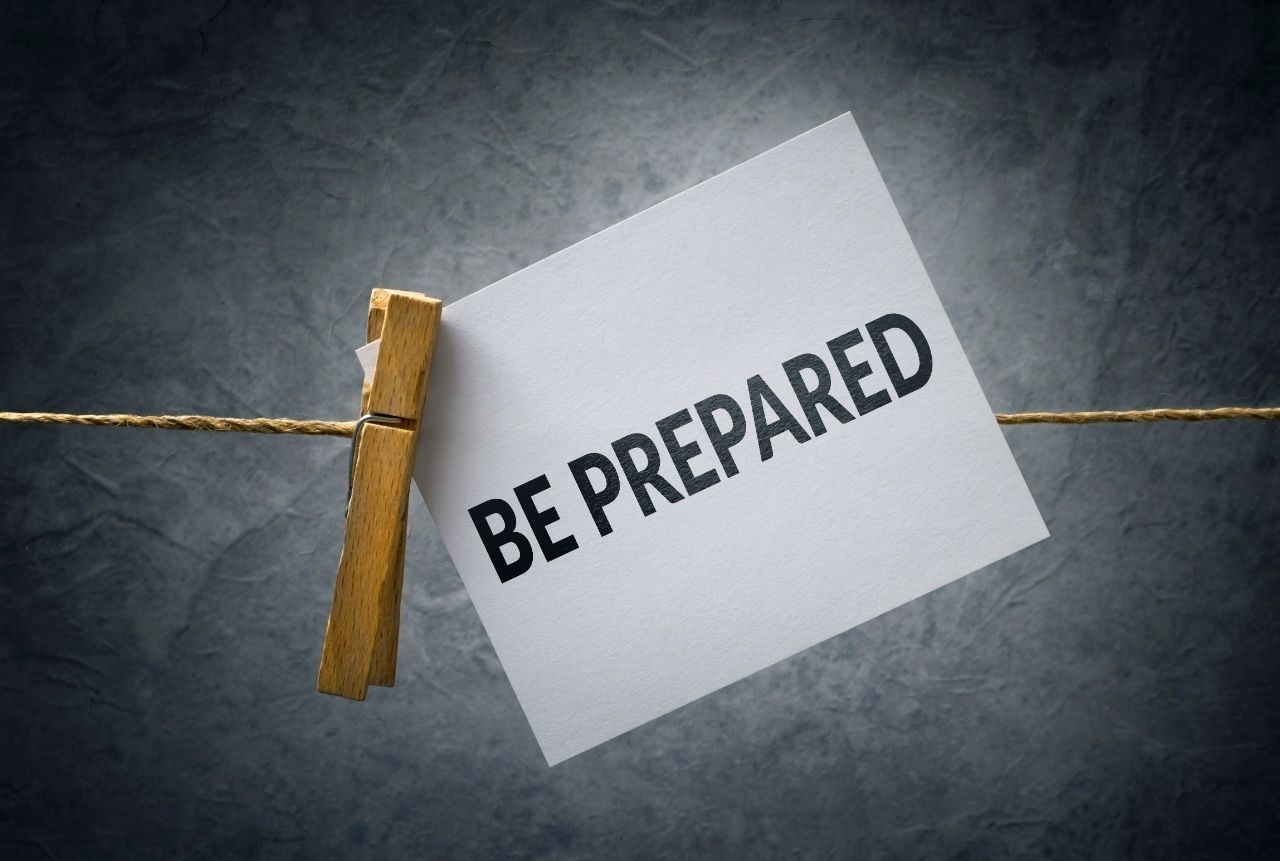 Motivations for the Retired Person

Estimation by the United States Bureau of Labor Statistics indicates that more than one-fourth of the country’s labour population will have achieved retirement age in 2010. This will contribute to a massive shortage in the workforce. Another projection by the United States Census Bureau predicts that 73% of the nation would be 55 years of age or older in 2020. It also indicates that, around the same moment, the rise in the amount of young people in the workforce would just be 5%. Alan Price (2007, p 429) predicts that 25 per cent of the population is 50 years of age or older in 2020. According to another figure in 2030, 20% of the country’s population would be 65 years of age or older. Under such circumstances, it is crucial that the nation enable retired citizens to return to their careers in order to keep the economy moving and maintain targeted growth (Lockwood, 2003, p.3). Entrepreneurship activities by older adults are twice as likely to be effective as young people (Price, 2007, p.429).

Metlife commissioned a study to consider people’s job pattern after retirement. A variety of individuals have clarified their inspiration to contribute to the workforce. The study found that the reason for returning to work differed based on the age group. According to the citizens at the end of the 1960s, economic considerations became the key driving factor for entering the workforce. Investments have also been seen since death, and benefits are inadequate for elderly persons to retain their former quality of life. These individuals, together with the perfect work capacity, travel to pursue another career after retirement. Almost 72% of the people cited such reasons along with 60% of the people in their early seventies. A major proportion also mentioned that they were looking for new jobs in order to stay active and have some engagement. Many people after retirement gets bored of their new-found leisure and wants to keep involved in some activity. According to Beth Kowitt (2010) after retirement the person gets approximately 25 years of free time which can turn out to be very boring for the person. Getting a job helps these people to get rid of their boredom and make an income at the same time. A big motivating factor for these people trying to get rid of boredom is to find a job that seems meaningful to them. People in their late seventies have also looked for employment in order to keep involved and give a meaning to their life. The incentive to interact and socialize with other people has also attracted a large number of people in the age group 65-70 (Price, 2007, p.429).

Alan Price (2007, p.430) gives a summary of the different work profiles that have interested the retired people. After retirement, a large number of people try to experiment with the work they have cherished or dreamt they would do. Without any financial constraint and with the physical ability to experiment a large number of people in their early seventies have responded that they will like to try a job that is new and different from the rest. These people will like to explore the freedom they got after retirement. Some of the people also said that they will like to like to have some entrepreneurial startups of their own. It was also seen that as the age group increased more and more people were interested in entrepreneurial activities. This showed that these people will like to work on their own and would less prefer working for someone else. The trend reflects the retired people’ longing for experimentation and to work out of their usual domain they have worked their entire life. It also shows the flexibility in their desire to try out of their zone of expertise and comfort. This inclination of the people towards experimentation and initiative projects can benefit a company with plans for exploring new dimensions. The study also reflects the necessary changes the recruiters must adopt in order to employ and retain the aged people in their company. Many of the respondents also mentioned that financial reasons have compelled them to look for a job after retirement. Some of the people have also mentioned that after retirement they had very little resources except for the social security provided by the government to fall back on. Apart from that the recession has led to the depletion of the investment portfolios of many of the retired people. This has forced these retired people to contemplate a return from their retirement. Therefore companies can also consider necessary compensation as motivation to retain the aged people in their workforce.

Needleman (2008) has given some of the kinds of works that may motivate the old people to consider a return from their retirement. According to her, the chance to apply their experience and skill in the job may motivate a person to come back after retirement. Moreover, a job in which the person has an expertise will likely to generate a high income for the person. Therefore the compensation will also attract the person to abandon his retirement. According to Price (2007, p.430) the generation of baby-boom had reached the age of retirement in the recent years. These people had low savings and are dependent on the government schemes for their living. An attractive financial package holds huge motivation for these people especially for the ones in their early sixties. These people have the ability to earn their income but they lack the employment to earn one. However she mentions that all the people may not be eager to pursue the same profession they have been for their entire life. Many of the people get tired of their jobs and seldom want to return to these jobs unless compelled by the situation. For these kinds of people she recommends a job in which they have an interest in. Price (2007, 431) have shown that many of the people will like to return for their retirement but not as a full time employee. These people would like to have more leisure and are willing to work only part-time. For the rest of the time they will like to pursue their interests and hobbies.

Needleman (2008) prescribes a job for these people who are attached with their field of interest. She gives the example of a book lover who might like to work in a bookstore and have a higher chance of returning from retirement if given the opportunity. If the person is not motivated by financial gains then he may also like to work for nonprofit organizations or teach children. This kind of work gives a satisfaction to the person and at the same time adds a value to the society.  People with a technical expertise can also share their knowledge and experience to educate the students at technical schools. All these will give the person a chance to stay active. Salatzar (1993) has given the example of Jenkins who does short term assignments at various places as counselor and educator. She thoroughly enjoys the job and the low level of responsibility that she has with the short term contracts. It was also shown from study that idea of work after retirement and perception of work has influenced the retired person to come back from retirement (Madvig, 2010). Dorfman (2009) shows that retired professors who have given up their regular job either willingly or by rule, were still active in their respect professional activities. A survey at a university revealed that professor’s chose to continue work even after the mandatory age of retirement because they actually gained satisfaction from the work and hence enjoyed their professional involvement. Often the firms allow a phased-out retirement provision for the workers who can slowly reduce their working hours. Sometimes apart from getting the few extra bucks after old age, a kind of psychological incentive also works behind their motivation.

There are various advantages of employing an aged worker. Apart from their experience and expertise, the older workers are also better resources for the company for several other reasons. According to many research the old workers are more reliable and have better loyalty and commitment towards the company. Therefore it is easier to retain an aged worker. They are also hard workers and research has shown that the productivity of the old workers is no less than the young stuff (Price, 2007, 431). Many organizations therefore prefer to bring the retired workers back to their workforce. However there needs to be sufficient motivation for the workers. The most important motivation to work in this case is economic. However there must also be other factors that motivate him like freedom to explore and sufficient autonomy in their operation. Other factors of motivation are chances to socialize and an association with their field of interest. However it has been seen that the aged workers prefer jobs that are part-time and gives them more leisure to pursue their other interests. In some cases the aged workers are also attracted by the short term contracts where they do not have any long term commitments towards the job.