If I illustrate the concept of self it is further categorized into two branches. It is known as an individualistic and collectivistic mechanism. The concept of collectivism is explained concerning the example of a family. A grandmother who is much closer to the family. Her affection and love for the family are highly immortal. She is so possessed with the family that she is not even able to collaborate with anyone at any cost.  The concept of collectivism is further explained with this idea that she is much close with the family only due to believes that family is her only protector. The protective is the only reason that grandma doesn’t believe in the outside group. As a whole, if we consider this fact that the major role is self-independence and as well as collaboration with the family by her own decision. In trusting family and untrusting in the outside groups it is the main fact. (Robes, 2019)

It is known as the ethical obligation which directly benefits the society in various forms. It is the core combination of social responsibility which contributes either in the formwork or in the form of business culture. Social responsibility is known as an act that directly minimizes the adverse effects and the social norms which are further associated with them. All cooperative social responsibilities require proper commitment and as well as the responsibility of the local communities. These are the key elements of the culture that plays a significant role concerning the environmental, social, and as well as political norms. (Obligation, 2019) The further illustration of personal and societal obligation is associated with the family. Family always comes at the priority. This is the priority which is almost 90% of people are associated with it. Family is such a culture that is associated with different norms and ethical values. Everyone treated the family at the same pace and even at the same level. If we talk about the literature this is no sense of personal responsibility. Individualism is known as the modern idea which is associated with the moral values and the character of the person. Although the strongest part of the modern ideology denied the concept of individualism. This concept is denied because it is directly associated with the downplaying of the interest and as well as personal responsibility. It directly gives up all personal desires and gives priority towards collectivism. The main concept is to do the right things in the right arms and the most important is to follow up on the principle. (Obligation, 2019)

Time plays somehow a vital role in cultural advancement. If we talk about ancient times people are just associated with their livelihood but at the same time, people don’t have much know-how about the race of technology. It is a common saying that the world is round. Culture, traditions, and all such concepts repeat and repeat concerning the time. No doubt it is fact that these things repeat concerning the time but the major issue is always repetition include some advanced alteration. Everything is specified with proper time and constraints. The most important example is the following concept is that the two major creators have to be waited for the specific time to reach the other. The main purpose of coding this specific example is here to describe the concept and importance of time. Without these time boundaries work is never being possible. This example describes that people think that time is monochromic and you must able to do things in an appropriate time. Time will pass but if the work would not be done with its complete requirement it will never come back. The value and importance of the time should be recognized by every person. It is a basic need of every person that must be cleared to everyone.

The final and the most important fundamental of the culture is the locus of control. It is the main element which is considered as the most important fact in culture and moral ethics. It’s all about the self-control mechanism. It directly describes the level of confidence and facing problems in life. Every person plans and struggles in life. Some people get instant success while on the other hand, some people don’t. It has also been observed that people get high success and after that, they get a sudden fall. In such scenarios, people have to control themselves and never leave hope. In history and literature, many examples are present which reflect on the stories of people who again get success after a failure. Failure is not the end of the game or life. It is the beginning of a new chapter of life. So proper focus upon goals and direct association with the mistakes to overcome in the upcoming tasks is highly necessary. If all of the previous plans don’t work always try to make a new strategy and go for its success. Life will never stop at one point. Continuous struggles and believes inner self is quite necessary for getting a long lifetime success.

To sum up the whole discussion it has been analyzed that all of these four factors play a significant role in the cultural values. 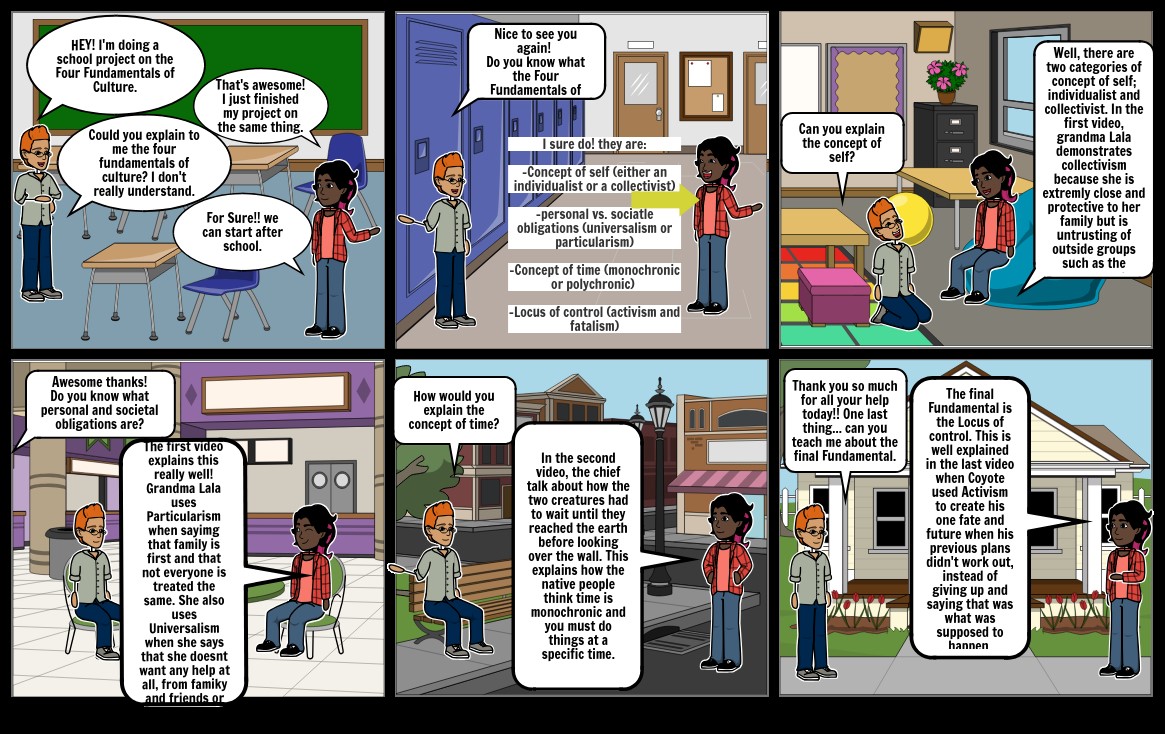