The extent of power division between a democratic nation’s levels of governance may vary. However, the center has the most vital powers in terms of security and the stability of the whole union, with regional governments sharing subsidiary responsibilities. As noted above, the distribution of the powers, rights and responsibilities are often clearly defined by the constitution of a nation. Hence, the setting up of a federation is based on the establishment of a constitution, which enumerates the power balance between the center and regions/states. A number of countries in the modern world do operate under a federal system of government. Examples of federal governments are the United States, Canada, Australia, Germany and Brazil in general. 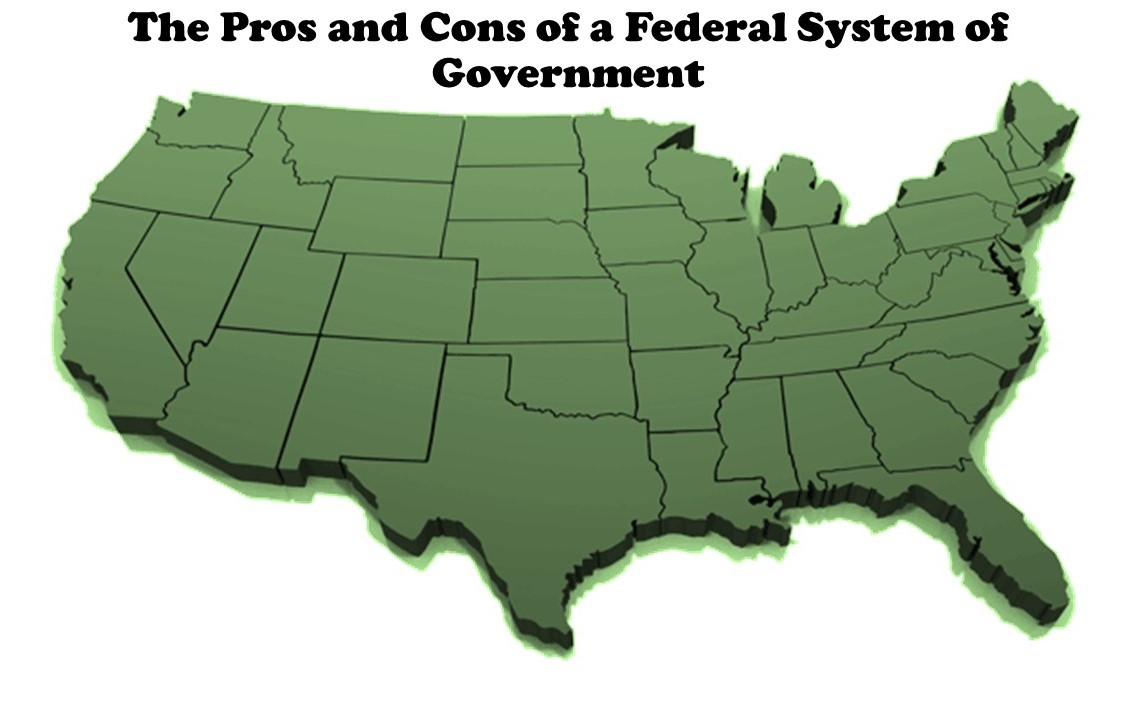 With regard to the United States, federalism has been an ever evolving relationship between state governments and the federal government. The American governing systems have changed from a model of dual federalism to that of associative federalism. In the “Federalist No. 46,” James Madison states that both levels of government “are independent agents and citizenship trustees, appointed with distinct powers.” According to Alexander Hamilton, (“Federalist No. 28), both levels of government were constituted to exercise authority to the benefit of the citizens. In other words, if either of the two trampled on the rights of the people, they could use the other level of government as an instrument of redress (Hamilton, Madison, and Jay, 1961).

Like any governance system, federalism as a model of power sharing is not ideal, nor is it close to achieving perfect harmonious ties between its components. As a structure that has been changed over the years to maintain its current status in the United States, it is clear that federalism has its strengths and drawbacks. One of the main advantages of a federal system is the degree of autonomy that regional governments have been granted in deciding their local laws, despite being part of a whole. The process is also beneficial in terms of the degree to which government is streamlined in order to achieve power distribution. In effect, local problems are dealt with at the local level without letting them gravitate to the national level (Shafritz, Edwin and Christopher, 2010). When called upon, for instance, the central judiciary only acts as an arbiter when there are disputes involving states or those that involve the states and central government. The hierarchical nature of the branches of governance (the judiciary, executive and legislature) distributes and basically simplifies the decision-making process.

On the other hand, the phenomenon of absolute power granted to the central government, can occasionally go to the extreme in such a system, hence heralding an autocratic regime. Given that power corrupts, it therefore follows, given the very nature of power, that it may gravitates to the one who knows how to wield it. The system is may also result in the creation of disconnect between the central government and the regional governments thereby leading to insensitivity of the former with regard to local problems (Shafritz, Edwin and Christopher, 2010). The central axle may be too far from the periphery to effectively deal with such problems. Nevertheless, these problems can be worked out by creating more effective structures such as those instituted by the United States.

The consideration of a system that works best for a nation depends on a number of factors, and so the size of a nation as well the scale of its operations matters a lot in synchronizing the center and states. For larger nations like the US, adoption of a federal system of government was almost inevitable, as direct central control was never going to be possible.

Pros and Cons of Bureaucratic Impersonality

People oftentimes experience emotions, yet in an organizational life, the exploration of emotions within the work force has largely been marginalized, deemphasized, or rather ignored. Noteworthy, impersonal criterion for proper decision making bounded by restraints on emotional expressions at work has long been part and parcel of harmonious running of bureaucratic institutions. The term bureaucracy send shivers into the spines of many, yet this organizational model prevails in every institution and will presumably be encountered almost on a daily basis. Whether or not they may wish to admit it or not, most Americans either get their livelihoods in bureaucratic settings, or encounter elements of this concept in schools, government institutions, hospitals, and so forth.

Bureaucratic impersonality has proved one of the most important arsenals against biasness in many institutions. In this respect, employees in such institutions are able to enjoy equal rights in securing opportunities with personal preferences being taken to the back seat. This in effect serves as a motivational tool to workers that eventually increase their productivity. Such an institutional framework ensures fairness in rewarding employees based on merit and discourages favoritism amongst the staffs. An institution functioning under impersonal rules benefits more when its employees as well as clients feel regarded and treated equally. This is translated into clientele loyalty and hence more input and commitment to institutional values and ethics, which boosts productivity (Schulz, 1998). An organization practicing such a system is capable of dismissing and admitting employees freely and independently without strings attached or connections based on hidden personal reasons. Schulz, (1998) further explains that in the absence of this very important bureaucratic trait, organizational workers may feel disconnected from their routine duties, which will ultimately affect their work performance. Within such environment, some workers may feel regarded less important than others who may actually be contributing much less to the organization than what they do. In fact, the eventual fate of such an organization will be complete collapse.

On the other front, bureaucratic impersonality may not be helpful especially when unexpected situations arise. Bureaucratic authority has been blamed on many occasions as notoriously undemocratic given the occasional blind adherence to rules that actually result into inhibitions of the exact actions essential towards achieving organizational goals within the shortest time possible and using resources most efficiently.

According to Parkinson’s Law, bureaucratic impersonality creates more work, usually to the point of consuming an extended time available for work completion. That is; bureaucracies always continue growing, often by more than 6 percent per annum (Parkinson, 1957). Institutional managers always wish to appear busy; as such, they increase their workload by virtually creating more paperwork guided by more rules, filling out and evaluating endless forms. To certain extents, they hire more assistants, who in effect require added time to supervise. What is more, many organizational budgets rely on the principle of “use it or lose it”. This only means that the current year’s expenditures determine the subsequent years’ budgets. In essence, this is an incentive to spend as much resources as possible (even to the extent of wasting) in order to secure an ever-increasing budget. As a result of these bureaucratic mountains of paperwork and strict rules adherence, organizational capacity to achieve stated objectives occasionally fall behind schedule which is an added burden to the taxpayers both in terms of time and money (Parkinson, 1957).