Bohat ALA
Home Projects/Reports Advantages and Disadvantages of Federalism

Federalism can be defined as the process whereby two or more governments come together to share control or powers over a particular geographic area. In the United States, there are very many laws; from the local government, state government, and federal government, law govern every operation. Therefore, every person is governed under the laws of their city, county, state, and the federal government. (Longley, 2015) Federalism had started in a very long time, far back as the 18th century, where there was dual federalism, then in the 19th century; cooperative federalism, (Scott, 2012) but it had reached an advanced stage in this present world. 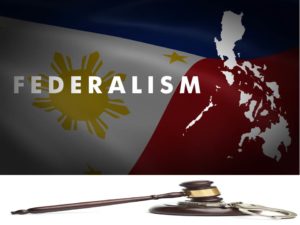 Advantages and Disadvantages of Federalism

The drawbacks of federalism include:

The Changes in American Federalism

Since the ratification of the constitution, there have been changes to American federalism.

First, between the period of 1789 to 1901, there was the era of Dual Federalism. This was characterized as the period in which there was no much collaboration between the national and state governments.

Second, between the period of 1901 to 1960, Cooperative Federalism existed. This period was marked by an enormous cooperation and collaboration between the different levels of government. It was also during this era that there was an authorization of the national income tax and the grant-in-aid system reacted to social and economic problems facing the nation.

Third, between 1960 to 1968, this era was characterized as the Creative Federalism. A period in which President Lyndon Johnson was known for his Creative Federalism in his Great Society program, and based on many scholar’s assessments, it was a major going away from the past.

Advantage and Disadvantage of Federalism Relevant to Me

An advantage of federalism relevant to me is the loyalties fostered in the state. Many americans feel tied closely to their home state, since federalism helps maintain a connection with the power given to the states.

A disadvantage of federalism is the lack of accountability. Since there is an overlap of boundaries within the national and state governments, it had become tricky to assign blame for failed any failed policies.

First, politics become really serious on the negative side because as the size and power of the federal government develop, the stakes increase the more. Also, the size of various financial institutions surpasses the government and thus, we get into a fascist corporate global recession almost permanently.

Also Study: Impact of Politics in the United States