Reasons Why Australian Banks have Expanded Portfolio to Funds Under Management

Australia has one of the strongest fund management sectors in the world. The growth of the sector is largely 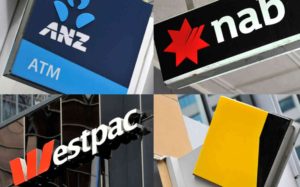 underpinned by retirement scheme known as superannuation that accounts for 70 percent of funds under management in Australia. Superannuation is an arrangement in which an employer contributes funds to an account on behalf of his or her employee. The funds are kept until the worker retires and are given back as retirement benefits. This scheme was introduced in 1992 by the government of Australia and is compulsory. Life Insurance Offices are also significant as it contributes about 12 percent of funds under management in Australia. Life Insurance Offices in Australia have been focusing more on funds management in the recent years but as indicated in the Global & Australian Forecasts (2013), the sector has not been able to achieve significant growth.

Over the last one decade, Australian major banks have expanded their portfolio by acquiring some Life Insurance Corporations and Superannuation Schemes. The take over started in 2000 when Commonwealth Bank acquired Peter Smedley-managed Colonial Group. After just one month, National Australian Bank (NAB) acquired Lend Lease’s MLC businesses.  Later, Westpac bought BT and Rothschild & Son’s while ANZ integrated with ING Asset Management. The big banks have continued with the trend until recently and the take over is likely to continue in the future.  Today, Henry (2013) explains that 11 major banks in Australia have taken control of more than 70 percent of funds under management market in Australia. In this regard, this paper seeks to explain why Australian banks have taken over some Life Insurance Corporations and Superannuation Schemes.

Reasons for the take over

There has been a remarkable change in the Australian banking industry over the last one decade driven by change in technology, increased competition and increased and costly regulatory oversight (Henry, 2013). Major Australian banks are adjusting to these challenges by devising ways to snatch market share from rivals and by focusing more on profitable growth. Expanding into funds under management sector through acquiring superannuation schemes and life insurance organizations has been perceived by the major banks as one of the most effective ways of achieving these objectives. As Henry (2013) explains, Australian wealth management assets held by life insurance offices and Superannuation schemes grew from negligible figure 1995 to US $1.5 trillion today and are expected to grow to more than US$6 trillion by 2030. By observing this trend, the major banks expect that wealth management business will be profitable in the future (Global & Australian Forecasts, 2013). This is expressed in a response to an interview by Steve Tucker, NAB’s head of wealth management. He stated that he would not wish to have a banking business that does not own a wealth management business. Tucker explained further that the combination of bank and wealth management businesses is the focus of the Australian banks since “all people have got superannuation, they need insurance, they have credit cards and they need bank services” (ASX, 2013). By expanding in the wealth management business, Tucker explicitly stated that the main objectives of the banks are to remain profitable and to attain significant share in the market in the future.

Secondly, Australian large banks have been expanding into wealth management business as a diversification strategy aimed at eliminating unsystematic risk. As Kevin (2006) points out, unsystematic risk occurs when one chooses to invest in just one business or industry.  One of the most common types of unsystematic risks is liquidity risk. A firm faces this risk when a shortage in funds threatens its survival and the ability to pay investors value for their investment. Defult risk is also categorized as unsystematic risk and it occurs when a firm’s low performance leads to its closure without paying back investors total of their dues.  A bank may also be exposed to operational risk which results from default in operations for a certain period of time, leading to a decline in turnover, profitability and overall production. A firm facing this risk may not be able to meet order deadlines, to clear debts and to meet the set goals (Jones, 2009). Australian banks diversify their investment portfolio into wealth management sector as a way of managing such risks. They diversify their portfolio to ensure that in case investment in the banking industry significantly loses value, the decline is offset by higher returns realized from investments in other industries, including the wealth management sector.

The drive for the takeover over the last decade was heightened by the recent global financial crisis that hit economies between 2007 and 2008. Managers of funds under management invest them in various assets with the aim of getting maximum returns. As such, any event that affects the performance of these assets has an indirect impact on the funds under management (Australian Taxation Office, 2011). During financial years 2005-06 and 2006-07, Superannuation accounts earned positive returns of 15 percent and 15.3 percent consecutively (Australian Taxation Office, 2011). However, a negative return of 8 percent was recorded during the financial year 2007-08.  This was followed by a worse performance during the year 2008-09 when a negative return of 12.9 percent was recorded. To make matters worse, contributions to Superannuation Account reduced while withdrawals increased (Australian Taxation Office, 2011). In fact, Clare (2011) noted as a result, funds under management recorded the largest negative returns during financial years 2007-08 and 2008-09 than it had recorded over the past 40 years. These trends made many Superannuation schemes weak, hence giving a chance for strong banks to acquire them. The sector recovered after the end of global financial crisis. During the financial years 2009-10 and 2010-11, positive returns to Superannuation funds of 10.5 per cent and 8.7 percent respectively were realized (ASX, 2013). Strong performance in this sector was also recorded during financial year 2011-12 and the sector is expected to continue with the positive trend in the coming years.

According to the ASX (2013), Australian Life Insurance sector recorded large inflows (premiums) between 2003 and 2006 which supported investments in various assets. However, the sector was subjected to a net outflow in 2008. There were notable net withdrawals from equity funds between 2007 and 2008 in the sector as retail investors aimed to lower exposure to risks. Premiums on insurance contracts and returns on investments reduced sharply. These conditions facilitated the sale of life insurance corporations to strong Australian banks. As at 2009, there were just 32 life insurance corporations operating in Australia managing A$242 billion in assets. During that year, these firms received a net premium of A$39.3 billion and a net profit after tax of A$2.5 billion (ASX, 2013). Since then, the performance of life insurance corporations has been stagnant.

On the other hand, most major Australian banks were less affected by the financial crisis. Though the crisis had started to hit the banking sector during the early stages, the spread reduced following aggressive intervention by Australian government through monetary policy that helped to minimize the risk of systemic default. The government responded to the crisis by injecting liquidity into the country’s financial system and by offering of guarantees to financial institutions (Brown & Davis, 2011). Thus, large Australian banks were less affected wince they were able to retain their strong positions during the period of the crisis. During the peak of the crisis, deposit flows into the banks increased significantly above historical levels. In fact, Australian banking sector managed to raise the largest capital in the country during 2008-09. Thus, most large banks were in a better position to expand their investment by acquiring firms involved in funds management (Brown & Davis, 2011).

This paper has examined three factors that have facilitated the takeover of Superannuation Schemes and Life Insurance Corporations by large banks in Australia. First, the take over has been facilitated by the drive to increase market share and to achieve higher profits in the future. Secondly, the banks have been expanding their portfolio to wealth management sector as a diversification strategy that will help them to hedge against unsystematic risks that may occur in the future. In addition, the recent global financial crisis made Life Insurance Corporations and Superannuation Schemes vulnerable, making it easier for major Australia banks to acquire them.

If allowed to continue with the trend, the banks may turn the Australian wealth management market into an oligopoly especially due to the fact that only a few large banks are involved in the take over. This will lead to reduction in the number of competing firms in the wealth management sector, which is not beneficial to the Australian Financial system. It is therefore essential for Australian government to intervene through organs such as Australia through Australian Competition and Consumer Commission and establish effective mechanisms that will regulate the take over trend. There is also need for the government to developing programs that enhance consumer awareness and that provide support to Superannuation Schemes and Life Insurance Offices, especially during times of financial crisis.