Bohat ALA
Home Projects/Reports Pros and Cons of Vaccination

Vaccination is the process through which the human body is resistant or immune to different infectious diseases using a vaccine. Vaccines allow the body to create antibodies that combat different diseases, making it the most effective way to avoid disease. The term vaccination is used interchangeably with immunization. The issue of whether treatments are helpful or harmful is one that causes intense debate. However, it should be noted that treatments have eliminated the risk of over 16 major diseases in the past 20 years. ‘Every year, through childhood immunizations, three million lives are saved worldwide’ (Kassianos 27). In the last 100 years, vaccinations have increased the human lifespan by over 30 years, along with protecting the masses from widespread epidemics. It is clear that the benefits of injections far outweigh the risk they pose to a small population of citizens. Most immunization efforts focus on children, which has led to the extension of life and curbed the spread of disease.

One of the main benefits that vaccinations bring is the prolongation of human life by reducing mortality. The importance of immunization in the expansion of human life is demonstrated by the fact that ‘elderly individuals given influenza vaccine in the USA have approximately 20% less chance of suffering cardiovascular disease’ (Ehreth 598). The proper use of vaccines has been proven to reduce the mortality rate among children. That is because vaccine development has expanded the number of diseases which can be avoided by vaccinations. Vaccines have also helped in the eradication of what used to be leading killer diseases such as smallpox. A vaccine program which was carried out from 1967 to 1977 led to the eradication of smallpox, according to the WHO website. This was from a situation in which diseases threatened 60 % of the world population. The condition was responsible for killing every fourth victim. The infection rates have, however, fallen by 99% following the extensive vaccination campaign. This shows that the vaccines have played an essential role in the elimination of the diseases. 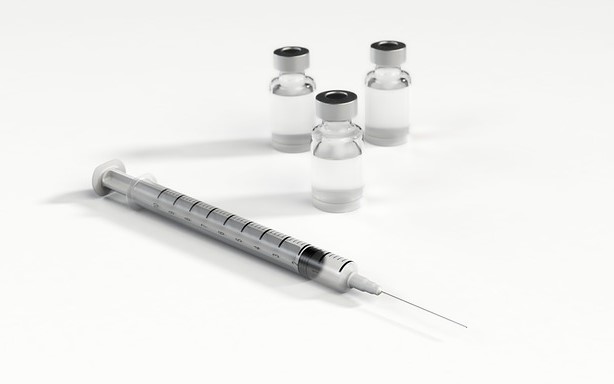 The use of vaccines also helps in the prevention of contagious diseases. ‘Vaccination systems are the cornerstones of primary health care in developing countries’ (Jamison 397) and also help reduce infectious disease outbreaks. Through vaccination, some illnesses that were in the past very contagious and common have been eradicated with the use of vaccines. Research has shown that the use of vaccines prevents approximately 10.5 million cases of infectious diseases annually. The vaccination of children provides them protection from specific conditions at an early age when they are most vulnerable to diseases and infections. The use of vaccines has therefore led to a reduction in the occurrence of contagious and life-threatening diseases because when a majority of people in a population receive the vaccines, fewer individuals are likely to develop and spread the disease. This protects the community from the epidemics of the disease.

Vaccination is also beneficial in that it has resulted in the prevention of diseases guaranteed to occur during one’s lifetime. One such condition is measles. According to Jamison (396) the measles virus would infect almost ‘100 per cent of people in a given population’ without vaccination. This would cause approximately 2 million deaths every year. Influenza is another such disease particularly during the cold winter months. In the developing world, improved access to immunization has led to a reduction in infant mortality rate.

The benefits of vaccination also extend to those not in a position (medically) to receive treatments. These include the children and even grownups who suffer from a weak immune system. The benefits also extend to those who do not respond to the vaccine. This is because by vaccinating the population, their chance of contracting the disease from the environment reduces as vaccination rids the community of the particular disease-causing microorganisms. This leads to a lower chance of outbreaks and the spread of immunizable diseases. This is known as the ‘herd immunity,’ which holds that as long as there is a sufficient number of immunized people in a population, the benefits of immunization will be enjoyed by the entire society, including those who do not undergo vaccination (Kassianos 26). The vaccine is also beneficial in that it achieves a more positive effect in the body than having the disease. However, unlike the disease, immunization does not cause one to suffer from long-term damages to the body or risk death as having the disease would. The process of having the condition is painful, while the immunization is painless and effective. This means that the widespread epidemics that would occur in the absence of vaccinations are avoided.

Another benefit of immunization is that in the few cases where the disease is contracted even after one receives the vaccination, it develops in a milder form. The effects are less harmful than in cases where the patient lacks a corresponding vaccine. This means that the disease will cause fewer deaths with vaccination than without it. It will also have reduced discomfort for those who contract it. This implies that the number of people who suffer from the side effects and complications is deficient in a vaccinated population. However, receiving large or excess amounts of vaccination can reduce the body’s natural immune system’s ability to respond to diseases. This makes a person more susceptible to diseases and infections (Allot, 98). The vaccines can also cause the body to suppress the skin reactions temporarily. This, however, only occurs in a minority of the population and therefore implies that the vaccines help in the increasing of the lifespan of the community and benefit a majority of the people.

Apart from the reduction of the risk of diseases, vaccinations also have an economic benefit. This arises from the fact that treatments are a cost-effective measure of dealing with illnesses. According to data from the Centre for Disease Control (CDC), each dollar that is spent vaccinated children leads to a saving of up to $18.40 in treating the disease if it occurs because in the absence of immunization. The conservation is also because of other indirect expenses caused by the disease. Therefore, the vaccine makes economic significant economic sense as it helps in the improvement of healthcare at a reasonable cost. In the developing world, vaccination campaigns have saved the economies millions of dollars in expenses of treating preventable diseases (Ehreth 598). On the other hand, immunization has proved to be very costly for governments. However ‘external donor support has helped national immunization system budgets keep pace with these rising costs’ (Ehreth 599)

Despite the fears that are expressed regarding the safety of the medicine that is used in the immunization process, research shows that the vaccines used in the process of immunizations are among the safest medications that are in use in the medical field (Kassianos 28). Vaccinations have been associated with the risk of autism. It is often argued that there is a link between childhood vaccinations and autism. The MMR (measles, mumps, and rubella) injection is said to increase the risk of autism among vaccinated children. Medical researchers further believe that the MMR vaccine increases the risk of developing the regressive form of autism, which is supposed to occur due to the combination of three live viruses that form the vaccine, causing an overload on the children’s immune systems. This is especially the case in children who are genetically or immunologically predisposed to developing autism. This conclusion borrows from many instances of children who have developed autism upon receiving the MMR vaccine. The risk of autism from vaccines is also associated with vaccines that contain thimerosal as a preservative. As a preservative, thimerosal was also said to cause other developmental problems. The use of thimerosal in vaccines was, however, discontinued. This means that vaccines are safe, and the benefits of receiving vaccinations outweigh the risks associated with vaccines.

Also study: Pros and Cons of Not Vaccinating Your Children

Besides, vaccines have also led to the prevention of more diseases and death than any other intervention measure or treatment known to the medical field. Therefore, people should be encouraged to increase their uptake of immunization so that they can enjoy its benefits. There are also cases where the benefits of vaccinations are perceived as being relatively minor. An example is in the case of chickenpox, where contracting the disease guarantees a lifetime immunity. However, chickenpox causes significant discomfort, which can be avoided with the chickenpox vaccine (Orin 14).

The severity of diseases is effectively mitigated through vaccination (Kassianos 29). Conditions that manage to develop in an immunized individual are usually milder than those who have not been immunized. ‘A shorter duration of chronic cough was demonstrated in individuals who were vaccinated with an Acellular Pertussis Vaccine in an efficacy study conducted in Germany’ (Ehreth 597). This illustrates that it is through vaccination that the virulence of microorganisms is reduced and protects the immunized individuals from severe infections.

As discussed, the benefits of vaccination far outweigh the risks that it poses. It is also interesting to note that the benefits of treatments are restricted to the individuals and other members of a population who might have missed the vaccines. There are also social benefits that accrue from vaccinations. Jamison et al. (1167) assert that ‘A person seeks immunization to protect himself from contracting a disease. By so doing, he reduces the risk of infection to others in the society hence compounding the social benefits of vaccination’. Despite the criticism and skepticism directed at immunization, it is essential for people, especially children, to seek immunization and be protected from the risk of unnecessary death or disabilities. Research has also proven most of the concerns about vaccines to be untrue (Jamison et al. 1167). An example is a myth that vaccinations cause sudden infant deaths, which have been proven incorrect. This means that treatment remains essential and vital for the wellbeing of society.

Vaccination has benefits in eradicating disease, including reduction of mobility, mortality, and complications of the disease, which may arise due to a lack of preventive mechanisms. Therefore, people need to be educated on the benefits of vaccinations so that the resistance to treatments can be reduced, and the elimination of infectious diseases can be achieved. This is because injection enables the mitigation of the severity of the disease, and it can also protect an unimmunized population through herd immunity. Finally, vaccination helps in the prevention of antibiotic resistance, making it an economical method of health care compared to treatment.

What are The Pros and Cons of Keystone Pipeline