Home > Subjects > Medical > Pros and Cons of Not Vaccinating Your Children

Pros and Cons of Not Vaccinating Your Children

Children’s vaccination is an essential component for vaccination for vaccine-preventable diseases in any geographic area. It is a type of active immunization and provides protection against pathogenic organisms for prolonged duration of time. A desirable vaccine should have the qualities of minimal vaccine-related adverse effects, effective and high standards of immunity, long-lasting protection against the disease, cost-effective and easy to deliver and transport. It is important to vaccinate against highly prevalent infectious diseases to protect the individual from contracting the disease and eradicating the disease from the entire community and to avoid its further transmission.  Many goals of eradicating particular infectious diseases have been attained by mass vaccination programs.  In 1980, the WHO eradicated small-pox worldwide by a mass vaccination program. In 1988, WHO, resolved to eradicate poliomyelitis by vaccination. The number of cases world-wide has fallen from 350,000 to 1651 at present (Colledge et al 2010). Vaccines are associated with a number of risks and they are also associated with certain risks. However, the vaccines are also associated with a vast number of benefits. Most parents doubt the safety and efficacy of vaccinating their children and are worried about the possible adverse effects. Proper and appropriate information should be provided to parents so that after considering the pros and cons they can make a healthy decision for their children. Once babies are immunized, the desired advantages and risks associated with not vaccinating children should be evaluated.

Both vaccines are associated with side effects that are either mild or very rare in most cases. The CDC is creating a Vaccine Information Sheet (VIS) containing all applicable vaccine information. Patients should provide VIS so that they are fully aware of the side effects and do not panic after the vaccine. The most common side-effects associated with the vaccines are fever and redness and swelling or infection at the site of the injection. In children, too, headaches, weakness or fatigue and rash develop rarely. Seizures, coma, Gullain-Barre and death are very rare adverse effects of vaccination and are least expected. There are certain contraindications of vaccination and these children should not be immunized. Kids with compromised immunity should not be vaccinated for any condition linked to infection or illness. There are high chances that they will respond poorly to the inactivated vaccine agents. Any allergies to the vaccine components are also a contraindication for vaccine administration. In such cases, it is recommended that infection prevention be accomplished by other preventive measures (Hansel 2012). With similar vaccines, the side effects of vaccination are severe, and parents must gain full understanding before putting their children forward for vaccination programs. Nevertheless, the benefits of not vaccinating children are not immense, and shielding your children from infectious diseases is significant. 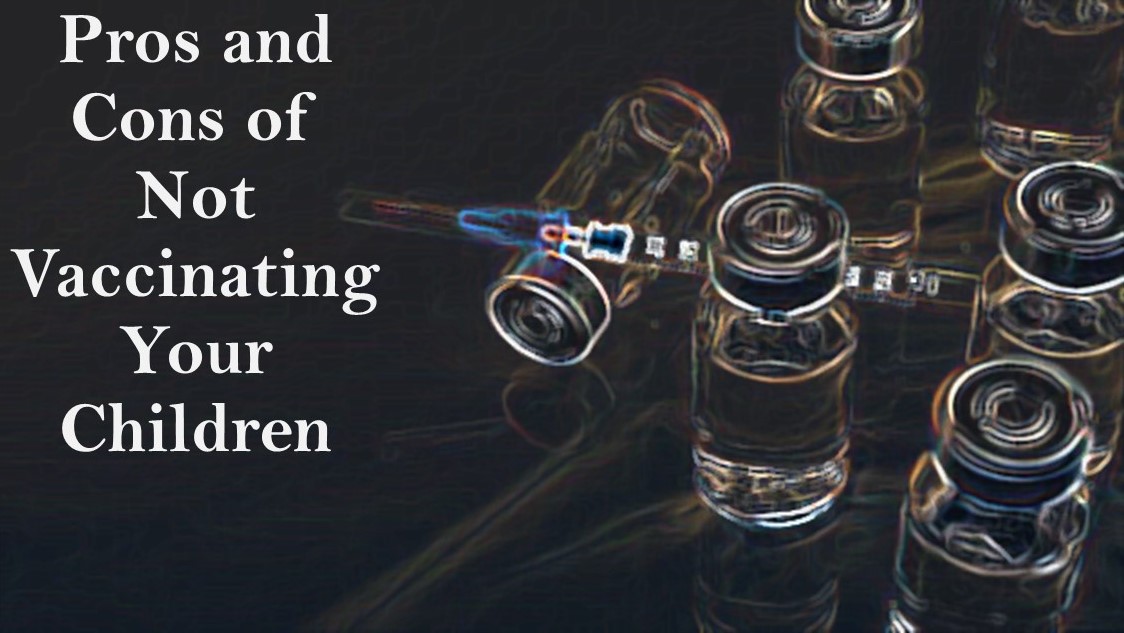 The effects of the vaccines have been evident from the eradication of the variola virus, the prevention of the infection with polio and measles and the elimination of many vaccine-preventable diseases. Nevertheless, as the vaccine-preventable diseases are uncommon or have been eradicated, the advantages are diminished. Although many diseases in the United States have been regulated, outbreaks of certain diseases such as measles have provided the benefits of vaccinations. Researches showed that children who were not vaccinated had 35 folds greater risk of developing measles as compared to vaccinated children. The individual benefits of vaccines for the children depend on the personal characteristics and social settings. For instance the severity of rotavirus infections is higher in children living in poverty as compared to children living in a financially stable atmosphere in the United States. Vaccines also provide indirect benefits like reduced transmission of diseases. Person-to-person contact transmitted diseases like pneumococcal infections were controlled in daycare settings by vaccinating children. Vaccinating children also helps the community. Vaccinated children serve as a control and there is a restricted spread of diseases helping in reducing the incidence of diseases (Kodish 2005). Vaccination of children against diseases that are considerably uncommon is challenged by parents. However, it has been observed that if no risks are involved, vaccination not only provides individual benefits in cases of outbreaks, it also serves as a benefit to community and controlling the transmission of disease.

Tuberculosis is an infectious disease primarily of the lungs but it also affects the brain, bones and the gastrointestinal tract. The incidence of tuberculosis (TB) has been reduced by 44% in the United States from 1993 to 2003.  And in 2003 an overwhelmingly optimistic number of 14, 874 cases were estimated. The medical authorities and health professionals are however, working towards improving the control and prevention of TB through every possible method. The medical professionals face some challenges in controlling the incidence of TB. Higher prevalence of TB in foreign-born persons living in U.S. , persistence of persons with latent TB infection who are at risk of progression to TB disease and deficiencies in preventing the contact of people with infectious TB are some of the concerns. In spite of the decline of TB in the United States, the rate declined minimally amongst the foreign-born persons who make an 11% of the United States population. The population of people with latent TB infection in United States is 9.6-14.9 million. This pool of people is continuously being increased by the immigrating people from high risk geographical areas. These people serve as sources of transmission of TB infection to other people in United States. This serves as a challenging situation in controlling TB outbreaks and incidence (Taylor et al 2005).

BCG vaccine for the immunization against TB in United States is not usually recommended and is also not a part of the immunization programs, TB control programs and is also not recommended for most of the health care workers. The major reason is that the risk of acquiring TB in United States is quite low. The most important focus is on the interruption of transmission of the infections and skin testing for high risk children and adults. BCG vaccine is recommended in children, however, if they are in close proximity to infected persons and the transmission cannot be interrupted by separating the child from the infectious environment. BCG vaccine should also be administered if the child is continuously exposed to a person who is resistant to TB treatment and the exposure could not be terminated (Center of Disease Control and Prevention 1996).

It has been observed by the health care authorities that more and more parents are recently opting out of recommended child vaccination schedules. In United States, most of the states have the vaccination rates above a satisfactory 90%. However, many states are coming forward with declining rates of child immunization. As mentioned earlier, vaccination is not only necessary to provide immunization to an individual child against a disease but it also prevents the spread of disease from person-to-person, thus ensuring a safer community.  However, with the current trend of not vaccinating children many outbreaks of diseases have been reported that were considered completely eliminated up till now. An outbreak of whooping cough was reported in California and 455 babies suffered from the disease.  Half of the states have shown a decline in the vaccination rates in the past five years (The Economist 2012; Associated Press 2011).  The declining vaccination rates being chosen by parents for their children have become a trend because of several reasons.  In doing so they are neglecting the possible individual health risks and disease outbreaks that may result.

Many reasons are associated with the declining vaccination rates in the United States. Many parents fret about the composition of the vaccines and the optimal risks. Thimerosol is a preservative used in the vaccines and the parents were skeptical about the traces of mercury in it. It was however, made clear that this amount is very less and is also safe. Moreover, the current vaccines are free of this chemical as well (The Economist 2012). Some parents do not consider all the vaccines included in the recommended vaccination schedule essential and consider them unnecessary for their children. The number of vaccine shots administered to a child is another reason that leads to opting out of the vaccination programs. Parents are uncomfortable with the huge number of times their children will be stuck with needles even before they are six.  Some patients will only question about the new vaccines introduced in the programs (Associated Press 2011). Parents are not realizing the risks involved with opting out of vaccination programs. In case an outbreak occurs, the vaccinated children will have an upper hand in terms of immunity and protection as compared to the unvaccinated children.

The vaccination of children is an important step in protecting them from pathogenic organisms. Vaccine-preventable diseases have been very effectively removed from various parts of the world through mass vaccination programs. The concerns showed by parents while making a decision about vaccinating their children is understandable and logical. Several side-effects and contraindications should be analyzed before vaccinating children. On the other hand, parents should be aware about the prevalent infectious diseases and should consider the beneficial protection provided by vaccines. Tuberculosis is a devastating infectious disease that can turn out to be both disabling and fatal. Although the incidence of TB has been reduced in USA but still the transmission of the pathogen can occur from high-risk individuals. Hence, it is important to vaccinate children against tuberculosis through the BCG vaccine.