Bohat ALA
Home Projects/Reports Pros and Cons of Outsourcing Essay

Over the past few decades, there has been increase in outsourcing practice all over the world. Outsourcing is a potentially debatable topic due to the range of outsourcing advantages and disadvantages for the company that hires outsourcing services, outsourcing services and the general public that is a stakeholder. “Outsourcing refers to the process in which a company contracts with a third party service provider to provide services that could otherwise be provided by the company’s own employees” (“Outsourcing: Pros and Cons”). Companies choose to outsource to avoid the pain of manufacturing in-house and reduce the cost of business while the risks involved in outsourcing are mainly lack of coordination, and linguistic barriers. Right management is the essence of a profitable business that uses externalization.

Outsourcing particularly proves beneficial for small companies. One of the success stories for such a case has been the outsourcing of Finance and Accounting (F&A) by Rhapsody; the music-subscription service. Originally the company was functioning as a joint venture, but when the parent companies separated, the finance president Michael McGinn immediately needed a finance team, so he opted for outsourcing. McGinn hired the services of an Indian company who did all for the company ranging from making payrolls to account reconciliations. This benefited the Rhapsody in numerous ways; additional resources were produced within six months only, scaling back was achieved without penalties, and the five employees in the Indian company cost the Rhapsody as much as two US-based employees would get. Technology has made it very convenient for small companies to outsource the F&A work at cheap rate. As a result of the increased competition in the market, outsourcers have started to render their services at cheaper rates. There has been a six to eight per cent decline in the price of F&A outsourcing between 2009 and 2011. Over a period of six years starting from 2004, the outsourcing contract has declined in value from $30 million to $18 million not only because of “increased competitiveness and falling price points, but also [to] the increased number of engagements being signed with organizations in the $750 million to $3 billion revenue category” (Stuart). According to Ben Towbridge, the CEO of Alsbridge, an offshore finance employee costs a company anywhere from $18,000 to $28,000 annually, whereas a US finance worker charges the company up to $70,000 including benefits (2011). 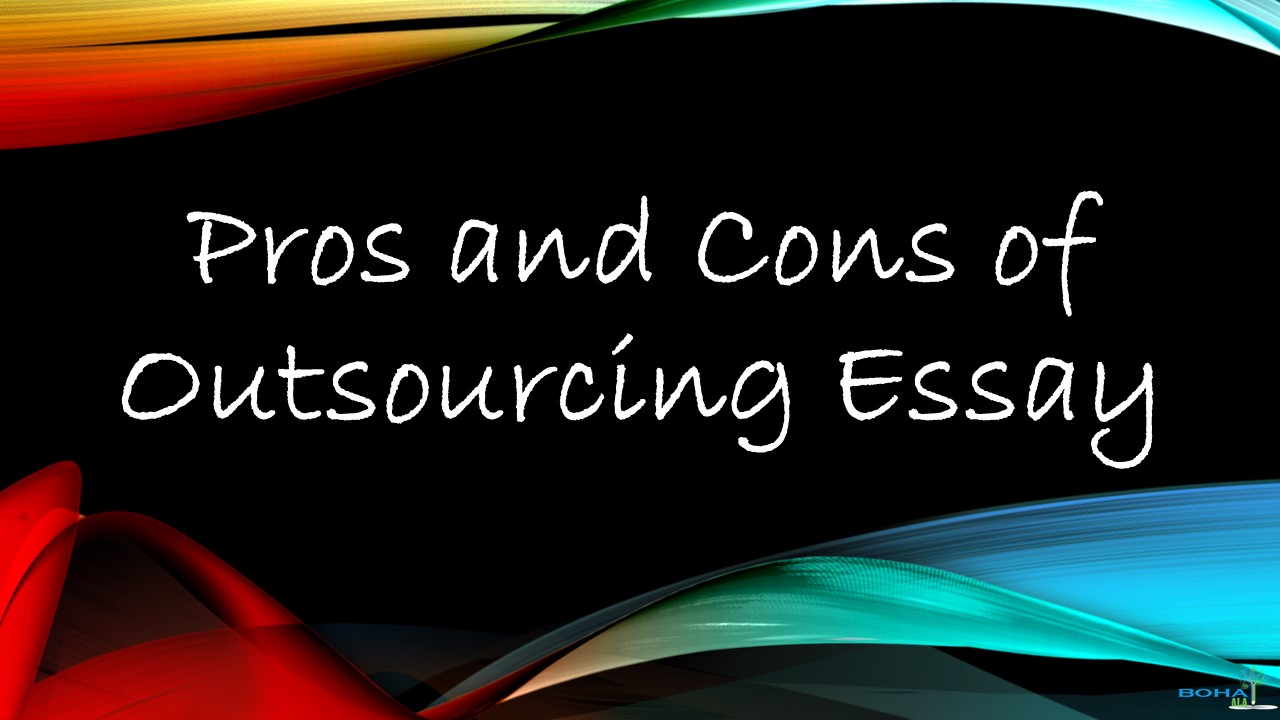 The core idea of starting a business is making profit. Business entrepreneurs look for all possible options to find ways to cut down the cost of business. One of the most important and weighty benefits of outsourcing is that it cuts down the home office cost for the company owners through a reduction of the wages that are to be paid to the employees. This is the fundamental reason why companies choose outsourcing as a strategy. Pros of outsourcing include but are not limited to reduction in the cost of business, improved quality of services, access to skilled workforce, contractual obligation, improved system, better time management, avoidance of the staffing issues, mitigation of risks involved in various processes, and management of capacity. In addition to that, outsourcing is a means of economic strength of the poor and underdeveloped countries as these countries contain skilled workers. The cons of outsourcing include linguistic barriers, adverse effect on the employment rate in the country, and lack of the company’s culture and knowledge in the outsourcing-service-providing company. While the small companies benefit a lot from outsourcing, it is not quite as profitable for the outsourcers.

A vast majority of the companies, around 83 per cent, tend to avoid outsourcing in spite of its benefits (Stuart, 2011). Factors that discourage these companies from outsourcing include but are not limited to the data security concerns, political tensions, and a sense of responsibility and loyalty towards the local people. The example of Rhapsody also suggests that problems of data security can be eradicated by carefully designing the contract with the outsourcer, as well as by maintaining firm control over the data and maintaining hard copies of all invoices in the home office. One of the main reasons for which outsourcing is criticized is that it reduces the number of job opportunities for the people where the company operates. Wal-Mart is one of the examples of such companies which have greatly benefited from the practice of outsourcing, but have also received immense criticism for the same. However, in the long run, the profit generated by outsourcing when invested in the same country strengthens the economy which in turn generates favorable results for the people. Time difference and geographic distance between the service rendering and the service hiring company are some of the most argued about factors related to outsourcing. However, issues arising because of these factors can be completely resolved with better management. Rhapsody provides evidence for this. While distance between the Seattle-based Rhapsody and the India-based outsourcer is vast, as well as the time difference between the two places is much, both factors have affected Rhapsody in a better way by calling for better management. “The reality is that [the distance] is a good thing, because it requires us to be more well-defined about our communication process…And there’s almost an exact 12-hour time difference, so I’ll have three or four e-mails in my inbox in the morning, asking for approvals. They work while we sleep” (McGinn cited in Stuart).

Concluding, outsourcing is generally a very beneficial practice for businesses of all volumes in general and small businesses in particular. Companies choose to outsource to reduce the cost of business as well as save the time, resources, and energy it takes to hire talented staff to manufacture the product in-house. There are certain cons of outsourcing, yet the pros outweigh the cons. The fundamental key to achieving success with outsourcing is prudent decision making and correct management. The company can achieve success merely by improving coordination among all departments and the outsourcer so that linguistic barriers are eradicated, communication flow is enhanced, and products are delivered on time.