Bohat ALA
Home Projects/Reports Pros and Cons of Animal Testing

In many cases, it was tested on animals long before a product, cosmetic, vaccine or medicine was available for human use. Cancer fighting drugs are routinely tested on mice to see if the agent has any potential to eradicate cancer in the human body. Lab rats have for centuries been used as the test subject of choice in the early phases of a wide range of medical treatments and experiments. As the item becomes more sophisticated, primates are often used as a final exam before a fresh therapy is submitted to humans. Cosmetics are used for testing skin responses and allergies in mammals. While animals have been a large part of product research and have been instrumental in revealing dangers or indicating safety, opponents contend that the research on animals is unnecessary and unjustified. Critics of animal testing argue that testing on animals is unscientific, unreliable, and a violation of our morality. This paper will argue the pros and the cons of animal testing and reach the conclusion that widespread gratuitous testing goes too far and needs to be subjected to a standard of ethical evaluation that considers the rights of the animals.

The medical community and advocates of animal testing can point to a long history of success in the use of animals for medical research. Products such as the polio vaccine and AIDS fighting drugs have all come as the result of animal testing. The polio vaccine that was introduced in 1961 was responsible for saving tens of thousands of children from suffering a lifelong crippling disease. Albert Sabin, a polio researcher who helped develop the drug by testing it on monkeys states, “there could have been no oral polio vaccine without the use of innumerable animals, a very large number of animals” (qtd. in Hurley). A radical treatment involving a bone marrow transplant from a baboon into an AIDS patient requires that the baboon be put to death. Researchers are given the responsibility to weigh the harm done to the animal against the good done for the patient. While it is unfortunate that a primate dies during the procedure, the treatment also has, “enormous possibilities for leukemia and lymphoma patients, who frequently go without transplants because of the lack of donors. Most importantly, almost all scientists believe that animal experiments are essential to finding an AIDS vaccine” (Hurley). Life sometimes presents scenarios where someone must risk their life to save others, such as soldiers, firefighters, and medical research where ethical decisions have no clear answer. The use of the animals is a worthwhile sacrifice made to save thousands of human lives from unnecessary suffering and death. 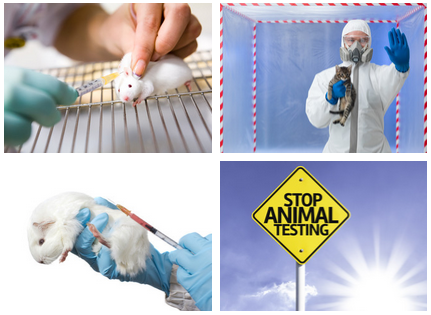 Animal testing is used in almost every facet of medical research and development, and their success has no viable or economic alternative. While nearly 99 percent of the animals used are mice and small rodents bred specifically for research, the small number of dogs, cats and primates have contributed to, “virtually every major advance in medical knowledge and treatment. Two-thirds of Nobel Prizes in Medicine awarded since 1901 were won for discoveries that required the use of animals” (Corthan). These statistics make clear that no alternative forms of testing, such as computer modeling or human experimentation, could have yielded the results or give the promise of future breakthroughs that animal testing has given us. Human testing would have been impractical both from the standpoint of ethics as well as economics. According to Doherty, “TB [tuberculosis] inflicts significant costs even on the industrialized countries and the loss both economic and human to the developing world is incalculable” (824). A recent breakthrough in treatment for TB could only be introduced in human trials after it had, “shown promise in animal models, up to and including non-human primates, and all are strongly immunogenic and apparently safe” (Doherty 818). The treatment for TB is just one of many examples where animals are the only practical method of attaining medical advancements.

Opponents of animal research techniques will contend that animals are the moral equivalent of man because they are social and feel pain. Pain and distress are important issues regarding animal research, “and are not the only aversive states that animals in laboratories can experience; others include fear and anxiety. Death can be considered the ultimate aversive state or harm” (Stephens, Mendoza, Weaver, and Hamilton 16). Indeed, many animals including large primates are not administered pain relieving drugs that could help alleviate their suffering (Stephens et al. 20). This suffering is clearly unwarranted as Gordon contends, “Primates are clearly capable of suffering pain and distress, and modern techniques provide non-animal alternatives to using them in experiments”. The suffering that animals endure to improve man’s life is an unacceptable ethical cost that should be mediated by the medical research community.

An even greater concern to animal testing opponents is the unscientific data that is gathered from animal testing and its irrelevance to human trials. Animals react so differently to chemicals than humans that the tests are of little or no real value. In fact, they can be misleading or even dangerous. According to Irwin Bross, the former director of biostatistics at the Roswell Institute for Cancer Research stated, “Conflicting animal outcomes have often postponed and hindered progress in the cancer war and have never made any significant progress in the prevention or therapy of human cancer. ” (qtd. in Carlson). “Aspirin kills cats and penicillin kills guinea pigs. However, the same guinea pigs can securely consume strychnine — one of human’s deadliest poisons, but not monkeys. Sheep can swallow huge amounts of arsenic once the favorite poison of the killers. Potassium cyanide, deadly for humans, is harmless for the owl” (Burgos). Many drugs have made it to market after animal testing only to be found to be unsafe after widespread human use.

The claims of great advancements in medical science due to animal testing are exaggerated and not founded in scientific fact. The reduction in human mortality and suffering has not been the result of animal testing as proponents claim. According to Carlson, “Researchers at Boston and Harvard Universities found that medical measures (drugs and vaccines) accounted for at most between 1 and 3.5 percent of the total decline in mortality in the United States since 1900”. Mankind has only added a very short time to his lifespan due to the great sacrifice made by animals. Other factors such as improved sanitation, technology breakthroughs, improved diets, and standard of living have greatly eclipsed any advancement that may have come from animal testing (Carlson). Animal testing has resulted in great pain and unjustifiable death to many animals that have contributed little or nothing to the benefit of mankind.

I believe that animal testing may be a viable alternative only in rare cases where no other options are available. Clearly, the results of animal testing are too often unreliable and may even endanger the credibility of further research. Today’s technology can make it possible to use computer models for the initial phases of testing that are often done on mice and small rodents. The introduction of these techniques has no doubt been delayed due to the availability of animals, their convenience, and research traditions. However, it is time to take a close look at all animal testing to determine what is essential and what is simply gratuitous. After all, maintaining animal research facilities is expensive and using computer modeling may in some cases prove a cost savings effort. Where it may be vital to use animals, such as testing a bone marrow transplant between a baboon and an AIDS patient, there needs to be a high level of oversight and precaution. While the procedure may save a human life, it must be done so that the animal does not suffer and is allowed to die with dignity and gratitude. The days of taking animals for granted as a means of medical research are gone, and we must evaluate animal testing from a new ethical standpoint that gives animals many of the same rights afforded to our fellow man.

In conclusion, the issue of animal testing has convincing evidence on both sides of the issue. There has been a long history of medical success and the elimination of human suffering that is highlighted by it advocates. However, opponents point to the unreliability and unscientific nature of the test results. They claim that the effects of animal testing are exaggerated and take credit for other advances in public health. The research community simply cannot inflict the great pain, suffering, and death on animals to obtain information that is of little or no value. The issue of animal testing must be evaluated from an ethical standpoint that examines the animal costs against the good for mankind. Many of the successes may be illusory, but it would also be unwise to ban it in every situation. The long and contentious history of animal testing should give way to a more thoughtful and ethical approach to the rights of animals.

What is Accounting Fraud