Animals should have rights too. However, they cannot have the same rights as humans. Animals have feelings, 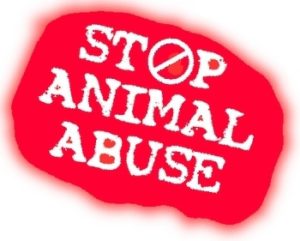 and they suffer too just like humans. They should be treated with love and compassion. Just like humans animals experience pain and emotions. They should not be subjected to harm by humans. Many animals are helpless, and they need humans for safety. Animals have fundamental rights, and we should protect them from suffering (Regan, 2007). Animals do not have the power that humans enjoy. In most cases, they lose their homes or often get killed. They are left with no choice of survival. When animals are caged, they cannot implement their choice of survival skills. Humans subject them to extreme conditions which they have no choice but to endure. Animal rights have attracted debates in the past. Some individuals are against their rights while others support the rights. Therefore, human needs to treat animals just as they would want to be treated.

Animals have an inherent value in their nature and form (Beirne and South, 2007). People must understand that animals did not come into being to serve them. They have inherent worth which must be protected. Animals cannot differentiate right from wrong. Many people all over the world have killed animals for survival. However, we should consider this as a privilege but not right. Animals have provided us milk, skin, and meet. We expose them to a lot of suffering while obtaining these materials. We should realize that they have value and worth that we must protect. Other animals such as dogs provide us with protection, but we have never realized that they also need to be protected. People need to realize that animals have inherent value beyond what they provide.

Animal testing is cruel and uncalled for (Regan, 2007). They have conscious and sometimes understand what they are going through. Humans subject animals to various tests that are painful and occasionally demeaning to animals. People take advantage that animals are defenseless and have no control over what they are subjected to. In most cases, animals are not sedated while carrying out tests. Some of the tests involve a painful procedure and are conducted on a weekly or daily basis. There are alternatives to animal testing that can be used to protect them from pain and torture (Beirne and South, 2007). Human testing can be an effective alternative. There is no need to pump chemicals into animals to test whether they are safe or not. Scientists should exploit alternative methods to protect animals and allow them to enjoy their rights.

Hunting is another human practice and culture that exposes animals to torture and harm. In the past, hunting was necessary for survival. There were no alternative sources of food. Today, hunting is being used to for sports and to earn trophies. It is unfair to animals especially the endangered species. I am not advocating that people should become vegetarians by tomorrow. However, there are human procedure s that animals should be treated to before they are used food (Regan, 2007). They should be given freedom to live in their natural environment as opposed to the cages.

Despite the disadvantages that animals are subjected, they dearly need to enjoy their rights. We must take into consideration that animals cannot think, but the implementers of such rights should do what is right for the animals. Such rights will protect from unnecessary torture and suffering.