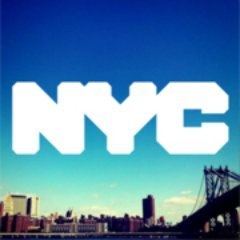 public transport in the state of New York. MTA is the largest public transport authority in the USA. The authority provides transportation for over 11.5 million passengers on a weekly basis (Hanson, Susan, and Genevieve, 2004). They operate over 800,000 vehicles. The Metropolitan Transportation Authority was founded in 1965 by the New York State Legislature. MTA provides bus, subway and commuter railroad transportation services for people with disabilities. The commuter rail stations and the subway are accessible to customers with hearing, visual, and mobility disabilities. MTA also provides tunnels and bridges.

The Metropolitan Transport Authority has become the lifeline to the majority of people residing in the New York City. Many people rely on MTA for commuting to different places in the city. MTA is advantageous to people who go around town. They are punctual, and the fare is affordable.  They believe that riding on the MTA is efficient, inexpensive, trouble free and a comfortable experience (Hanson et al., 2004). However, some individuals find the MTA comparatively exasperating and sometimes disappointing. Such people believe that the MTA is filthy, overcrowded and punctual. MTA is considered as the city’s safest transport system. It provides a lot of convenience for people who are moving around the town.

The Metropolitan Transportation Authority has a police unit which is responsible for the enforcement of the law that governs the New York Metropolitan Transportation Authority (Hanson et al., 2004). The police officers are empowered by the New York State Public Authorities Law. The Laws are sanctioned or commissioned by the Connecticut.  The police department was established in 1998. The police department has expanded over the last years and has helped in countering terrorism. The police department also comprises of the emergency services officers and canine teams which are responsible for explosive detection (Hanson et al., 2004). The training of the recruits is carried out at the New York City Police Academy. The officers are trained in law enforcement procedures and Connecticut Law.

The Port Authority of New York and New Jersey (PANYNJ) was established in 1921. It is a joint venture between the state of New Jersey and New York. The United States Congress authorizes the activities of the PANYNJ (Governance – Corporate Information, 2008). The Port Authority is responsible for the construction and maintenance of the regional infrastructure. Such infrastructures include airports, seaports, tunnels, and bridges. The Port is headquartered at 4 World Trade Center. The Port Authority is a member of the Real Estate Board of New York.  The Port of New York and New Jersey was established as a result of the congestion that was experienced at the New York Port of Embarkation during World War I. A group of experts realized the need of a port authority to manage the bridges, highways, port facilities and subways to reduce the congestion at the port (Governance – Corporate Information, 2008). The activities of the port authority were to be supervised by the governors of the two states. The Port Authority of New York and New Jersey is a government organization. However, it is a financially independent institution. The activities of the Port Authority are controlled by the Governors of New York and New Jersey who are responsible for the appointment of the six members to the Board of Commissioners. The Senate must approve the six members. The commissioners serve for six years and are considered as public officials. The governors have the veto powers over the decisions made by the Commissioners (Governance – Corporate Information, 2008). The board meetings are usually public. The members of the public are allowed to address the meeting upon approval after registration via mail. The Board of Commissioners is responsible for the appointment of the Executive Director. The executive director is responsible for the management of the operations of the Port Authority (Governance – Corporate Information, 2008). The decisions of the Executive director must be consistent with the policies which are established by the Board of Commissioners.  The activities and projects undertaken by the Board must be in line with the Port Compact of 1921 and consequent legislation.

The Port Authority is responsible for the maintenance and management of all the infrastructures that fall within the New York and New Jersey transportation and trade network (Governance – Corporate Information, 2008). The Authority manages the five airports, seaports, rail transit systems, six bridges and tunnels between New Jersey and New York, George Washington Bridge Bus Station, the World Trade Center site and Port Authority Bus Terminal. The Port Authority has a police department. The police officers must meet the minimum requirements for a police status in New York and New Jersey. Currently, the Port has over 1700 police officers.

The Health and Hospital Corporation (HHC) is responsible for the management of public hospitals and Clinics in the New York City. Health and Hospital is a public benefit corporation that serves over 1.4 million patients annually (Douglas and Kimberly, 2008). The HHC was established in 1969 under the New York State Legislature. A Board of Directors manages HHC. HHC is responsible for the management of five nursing homes, eleven acute care hospitals, six diagnostic and treatment centers and over 70 community based primary care sites. The public hospitals and clinics primarily serve the working class and the poor. HHC is the owner of MetroPlus Health Plan which is a government-sponsored health insurance plan. HHC is headquartered at 125 Worth Street in Manhattan. HHC has received recognition in the past following the use of clinical information system that provides comprehensive health records of the patients (Douglas and Kimberly, 2008). The public hospitals under the management of HHC have received several awards for integrating advanced technology in healthcare management.

HHC is organized into seven regional networks comprising of 39,000 professionals to provide behavioral and medical care to the poor people in the United States. HHC has maintained affiliations with different academic and medical institutions to allow them to get high-caliber physicians who can work in both public and community health centers (Douglas and Kimberly, 2008). The activities of HHC are supervised by the governor of the New York City. The Congress must approve the appointment of the Chairperson and the Board of Directors.