In the article it is stated that noble price can be given to Angus Deaton as he did research in economics that why there are health and deaths issues in America. People are suffering poverty in America and he did analysis from various aspects like poverty, consumption, welfare etc. American due to poverty facing the issues example the issues regarding to their health, many cause are there as the American are doing suicide, drugs and alcoholism etc. Most of the people suffering poverty are middle-aged and do have high school education. America has good per capita GDP; however, most of the people spend their money on medical care or health etc (STIGLITZ, 2015).

I believe that America is suffering from poverty and people are suffering issues due to poverty, there are social problem in the society and all social problems are related or interlinked with one another, as the people do not have the appropriate money to eat healthy food this is the reason increasing in the health problems or diseases, people do not have enough money to get education. 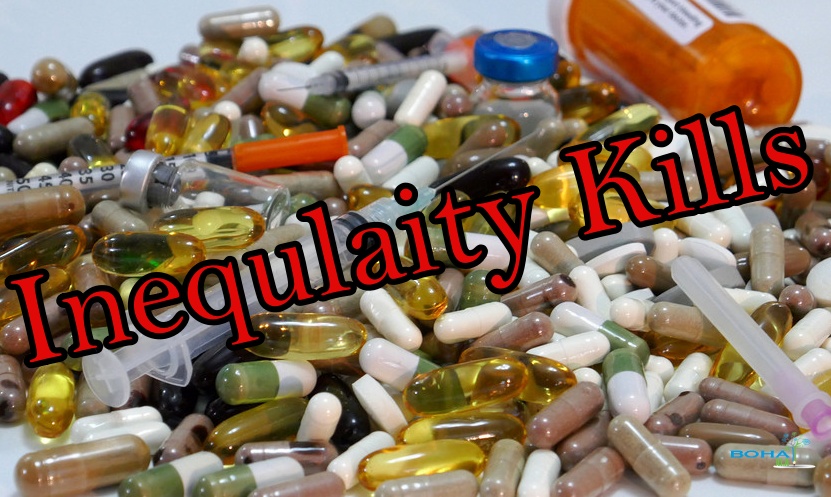 This article focuses on the inequality that people are judged by their background, there is no fairness in the society. However, this is ethically and morally wrong because many of the problems are reasoned in this as rich are becoming more powerful. Inequality could affect country growth because many of the people cannot get the opportunities. There is the link between inequality and growth, cross-countries are less equal countries and distribution of income is not well. Inequality could be result in future growth, the article focus on that how incomes should be distributed, across the population. The results given in the article conclude that if inequality generates then the future income growth of rich will also increases (Milanovic & Weide, 2014).

The article has given the result and conclusion that people of the country are treated fairly, which can restrict the growth of economy of the countries. If people are not treated equally in the future also then there are chances that rich will grow and other will stay behind.

I am agree with both the articles because both has illustrated the reason that why countries are facing problem and why economies of the courtiers are not growing. However, both the articles have different point of view and thinking, both has the solid reasons that why economies are suffering with problems, as the people of country are facing health issues and inequality.

While concluding both the articles, I have assessed that government of the countries need to take effective steps to reduce the poverty and finish the inequality. Due to poverty, people of the country do not have the appropriate facilities so they can wish for the lifestyle of their choice. In my point of view, all people in the country should be treated equally because it is the right of the people and opportunities for the people can be increased in this way. However, country can also get strengthen if the economy of the country gets strength and it is possible if the people are treated equally.