Gestalt psychology can be expressed as a school of thought with the view that all scenes and objects can be seen in their most simplest structures. It is sometimes called the ‘Law of Simplicity,’or ‘Unified Whole’. It is a theory founded by a German psychologist known as Max Wertheimer and it’s based on the whole of any object or scene as more vital than its individual parts.

The Gestalt psychology describes a special opinion on human perception. Gestalt psychologists believe that the world is just not seen, we effectively interpret what we see, though it is depending on what exactly we hope to see. Gestalt psychology urges the thought of thinking beyond the view of an object, but a consideration of the pattern. It emphasizes concepts relating to emergent holism, properties, and context.

The main influences on Gestalt psychology were the discussion of Kohler based on “Physical Gestalten” in 1920 and the proposition of a law from Wertheimer, which he termed the “Gestalt laws of perceptual organization” in 1923.

Kohler’s concept of Gestalt psychology was an extension of the concept of Gestalt from behavior and perception to the physical world, this tried to bind together holism (which means the principle focusing on the significance of the whole) as well as natural science. His propositions spanned many transformations from some prevalent phenomenon to physics of life. For example, the continuous field systems he referred to as strong Gestalten. Kohlen was able to establish the fact that the mutual dependence dwelling in the parts is great to an extent that there can’t be any occurrence of displacement without the influence of all the other parts of a system. He also demonstrated the opposite view of this phenomenon which do not reveal a mutual interdependence. (Wagemans et al., 2012)

Additionally, Kohler attempted to develop a particular testable hypothesis of brain processes which accounts for perceived Gestalten in vision. This observation by Kohlen  shows how much the reality of Gestalt psychology had developed over the years in the visual system. He referred to this as “the entire optical sector” that defines the result relating to an integrated process – visual Gestalten. This process includes the retina, cortical areas, the optical tract, as well as the transverse functional connections. Another proposition he made relating to the electrical field theory, which postulates the flow of electric current through a line being free to pass through different paths not going beyond the limits of the homogeneous conducting system, and the placement of the end of that line of flow is determined by considering the system as a whole in every case. (Wagemans et al., 2012)

Kohler’s concepts of Gestalt psychology led to a psychophysical isomorphism within the context of psychological reality and the underlying occurrences in the brain. He demonstrates the fact that the “genuine consciousness resembles in every situation the real structural properties of related psycho-physiological process” (Kohler, 1920) A reflection of this explains that the brain processes does not by itself take on the structure of perceive objects through functional ideologies. However, his concept contributes to Gestalt psychology through the emphasis of his proposition on visual perception based on physical Gestalten.

Wertheimer’s concepts explore the experimental ideologies of his research and findings. The principles based on his concepts were a functional idea on the unit of how people naturally perceive things, through conscious experience against artificial processes constrain by standard scientific methods. The assumption of conscious experience is relative to the units analogous to physical point-masses, or even any kind of chemical elements.

Many psychologists compel themselves to a piecemeal study into the content of consciousness, developing higher elements from constituent components, utilizing associative connections. Wertheimer refers to these to  appear just once in a while, just under particular characteristic conditions, and within a small limit. But experience is rather given to be more of itself in varying degrees structured known as gestaltet, which comprises of more or less clearly defined structures wholes, as well as whole-processes having whole properties and laws, whole determination of the parts and characteristic whole-tendencies. (Wertheimer, 1938) We may not see a collection of disassociated sensations, but we would observe a certain organization of impulsively segregated and combined objects.

Wertheimer’s contribution to Gestalt psychology had led to a paper he published where he elucidated the fundamental theories of a perceptual organization. The most general theory called the law of Pragnanz, which states that the perceptual field and objects in it will least-complex as well as most encompassing structure allowed by the given conditions. According to Wertheimer, he demonstrated his contribution through the other principles that determine a perceptual organization which were proximity, common fate, uniform density, direction, similarity, whole properties such as closure, symmetry, and equilibrium, and also good continuation. 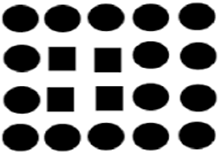 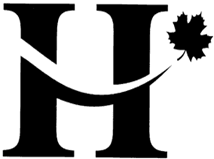 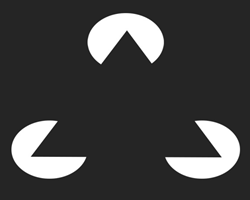 The Foundations and Components of Psychoanalysis